A Little Bit Of Labor History: The Origin & Evolution Of The International Brotherhood Of Electrical Worker's âMost Cherishedâ Symbol 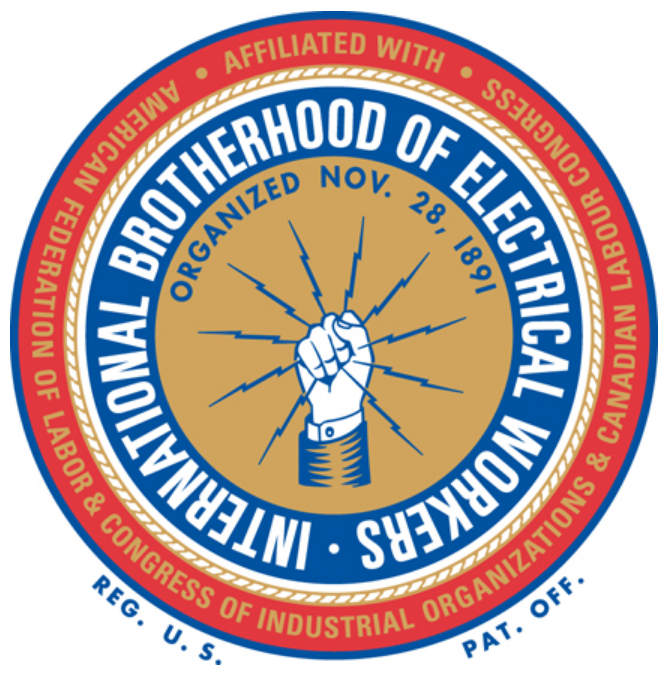 The International Brotherhood of Electrical Workers (IBEW) seal is instantly recognizable to anyone in the industry and a point of pride for the Union’s Members and all associated with it, but while it traces its origins back to the IBEW's founders, it has undergone significant changes along the way.

The IBEW gets questions constantly about its history.

Why does it have 10 lightning bolts?

And when and why did the fist switch from left-hand to right-hand?

On November 28th, 1891, the last day of the first IBEW Convention, Delegate C.J. Sutter representing Duluth, Minnesota submitted a proposal to "accept drawing as presented for emblematic button for the NBEW."

According to Sutter's design, the seal was made of a left-handed fist, with a jacket sleeve and shirt cuff visible, grasping 22 lightning bolts.

Its description as an "emblematic button" signifies its original purpose as a promotional, and more importantly, purchasable item.

The first decade of the IBEW's history was full of financial difficulty with Membership in constant flux due to boom-and-bust economies.

One of the few dependable sources of income for the early Union was the sale of emblem buttons for new Members and Charter Seals to the Locals.

Designing such a button, therefore, was actually of high importance and Sutter's design was unanimously approved that same day.

The lightning fist is certainly a striking symbol and one uniquely fit for a Union of Electrical Workers - the human hand, like that of Zeus, confidently restraining the power of electricity.

It is entirely possible that the image came to Sutter in a moment of inspiration.

However, it must be noted the seal does bear resemblance to the logo of the American Electrical Works, a wire and cable company which operated in Rhode Island from 1886 to 1934.

The Electrical Trade Magazine, The Electrical World, had many advertisements for the company bearing a similar lightning fist logo.

Perhaps Sutter had seen one and it helped "inspire" his proposal - it's possible we'll never know.

But one thing is for certain - the seal has been the trademarked property of the IBEW for more than a century.

The first regulatory body outside of the IBEW to recognize the seal was the Union Label Trades Department of the American Federation of Labor.

Created in 1909 and open to any Trade that had a Union Label, this association advanced the interests of its member organizations by advertising their respective labels to Organized Workers and to the public in general.

The IBEW joined the Label Department in 1910, whereon the lightning fist was accepted by the AFL as the official seal to "appear on all electrical devices, apparatus, fixtures and machines before being installed or maintained by a Member of the IBEW."

To Continue Reading This Labor News Story, Go To: www.ibew.org/articles/21ElectricalWorker/EW2106/GroundedinHistory.0621.html