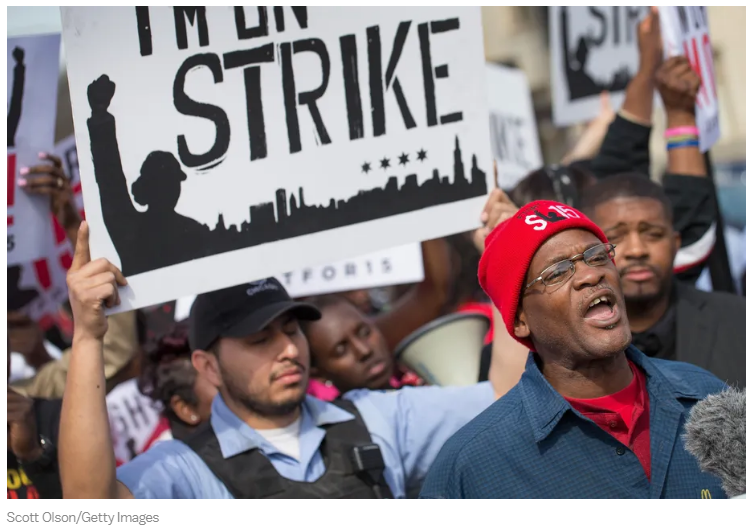 Here’s an explainer on how one goes about forming a Union.

First off, "don't ask management how to form a Union" is usually one good step.

The specific procedure actually differs depending on where you work.

Airline Workers are governed by a somewhat different process originally created for railroads.

But for a basic Private Sector Worker who has nothing to do with airplanes, there is, in theory, a pretty clear process.

To delve deeper, the key thing to know is that Labor-Management Relations in the United States are so bad, and American companies generally so averse to Unionization, that there is a significant mismatch between how the process works on paper and how it works in practice.

The National Labor Relations Act (NLRA) basically says that if most of the Workers in a given unit want to appoint a Labor Union to bargain on behalf of all of them collectively, they have a legal right to force management to recognize that Union as their exclusive bargaining agent.

To make that happen at your workplace, you need to:

What’s more - in reality, it could even happen!

The practice actual American Labor Unions advise is to try to informally organize in a low-key way without tipping off management for as long as possible.

You want to start with an internal organizing committee that is broadly representative of the workplace.

Then you want to try to build clear majority support for the Union before you call for an election.

That's because once the election is underway, management has formidable tools at its disposal to tilt the campaign in their direction.

Managers can't directly threaten to reduce employment if Unionization is successful, but nearby Republican Party politicians can do it for them.

They're also not allowed to do favors for Workers who wear Anti-Union shirts and pins to work while penalizing those who sport pro-Union gear, but any normal person is going to have his suspicions.

Bosses can also hold meetings where they propagandize against the Union and generally take advantage of being the boss to shift the landscape in their favor.

But there are also ample opportunities along the way to litigate.