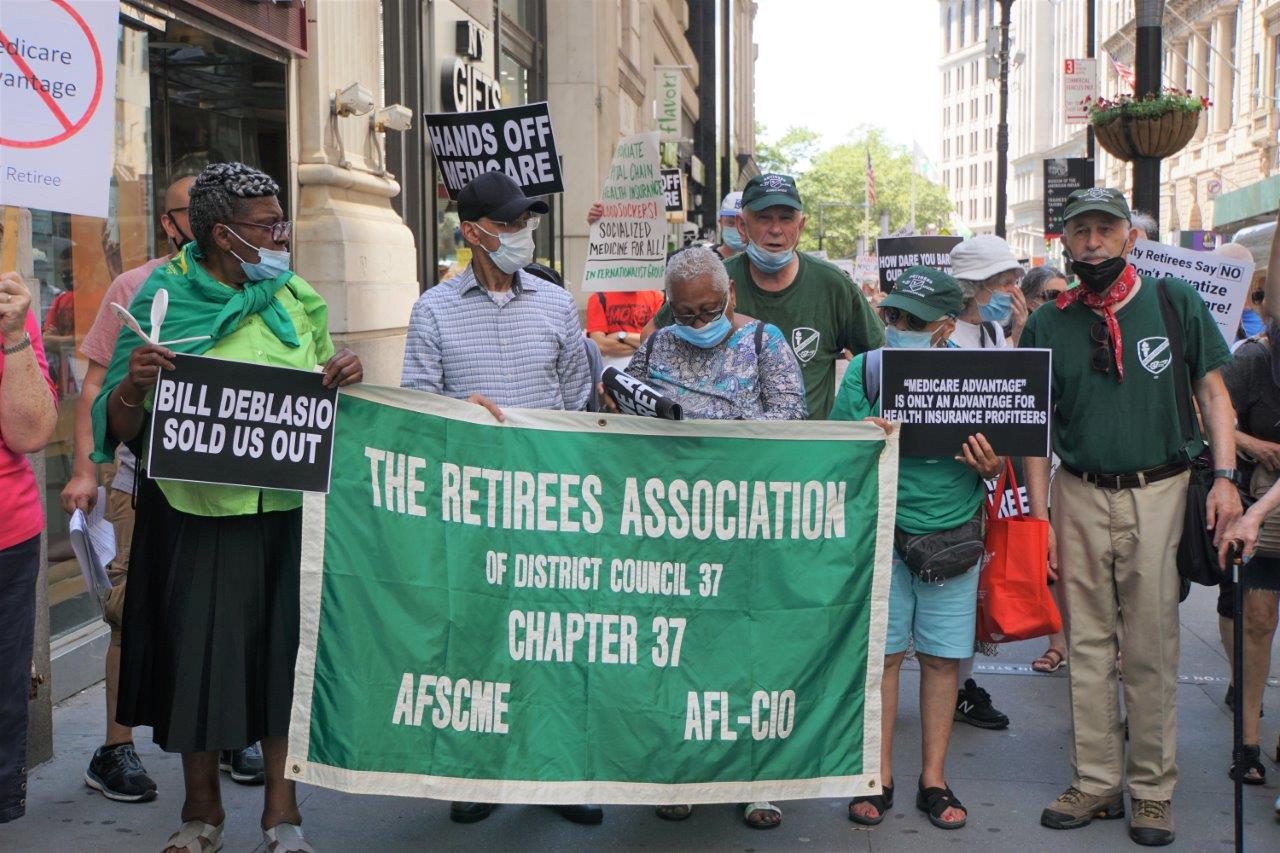 (NEW YORK CITY) - With the Municipal Labor Committee scheduled to vote today (July 14th), on a proposal to switch retired City Workers’ health care from traditional Medicare to a private Medicare Advantage plan, the Professional Staff Congress (PSC) - the Union representing City University Faculty and Staff, is calling on them to delay it until Retirees can get more information.

“Our Members are deeply troubled by the MLC’s rush to vote on this proposal,” PSC President James Davis said. “We’re concerned by the closed nature of the negotiations.  Municipal Retirees should have a chance to review the agreement and engage with their representatives to the MLC before a vote.  MLC Unions have not been provided with a copy of the contract with the proposed vendor.”

The proposal would replace the current system, in which health care for about 245,000 Retirees is covered by Medicare, which pays only 80% of costs, with a private supplemental plan - EmblemHealth’s GHI Senior Care, covering the rest.

Instead, all care would be under the umbrella of a Medicare Advantage Plan - paid for and regulated by Medicare, but run by private companies.

The city and the MLC, the coalition of Municipal Workers’ Unions that negotiates contracts, have been evaluating bids from insurance companies.

The MLC says the change is necessary because annual health-care costs for City Workers have more than doubled in the past 10 years, from $5 billion to $11 billion, despite saving more than $450 million a year by things like having colonoscopies done in out-patient facilities instead of hospitals and putting new hires into a private Health Maintenance Organization (HMO) for their first year on the job.

The Senior Care plan’s costs have risen by almost 30% over the past six years, it adds.

Meanwhile, it says, the Health Care Stabilization Fund, which the MLC runs jointly with the city to help provide prescription-drug, vision, and dental coverage, “will be completely depleted within the next year unless steps are taken now.”

But many Retirees are highly skeptical, fearing that leaving traditional Medicare will increase costs for individuals, and that many doctors and facilities would not be included in the private plans’ networks of coverage.

There are three problems with Medicare Advantage, Stu Eber, who serves as the President of the Council of Municipal Retirees Organizations, told LaborPress at a protest in late June.

First, “no Medicare Advantage plan that currently exists guarantees that your doctor will accept the plan.”

Second, “no hospital is obligated to accept any Medicare Advantage group plan.”

And third, “all Medicare Advantage group plans have gatekeepers,” which “sticks a clerk between you and your doctor.”

To Continue Reading This Labor News Story, Go To: www.laborpress.org/psc-urges-nyc-unions-to-delay-further-privatization-of-retiree-healthcare/