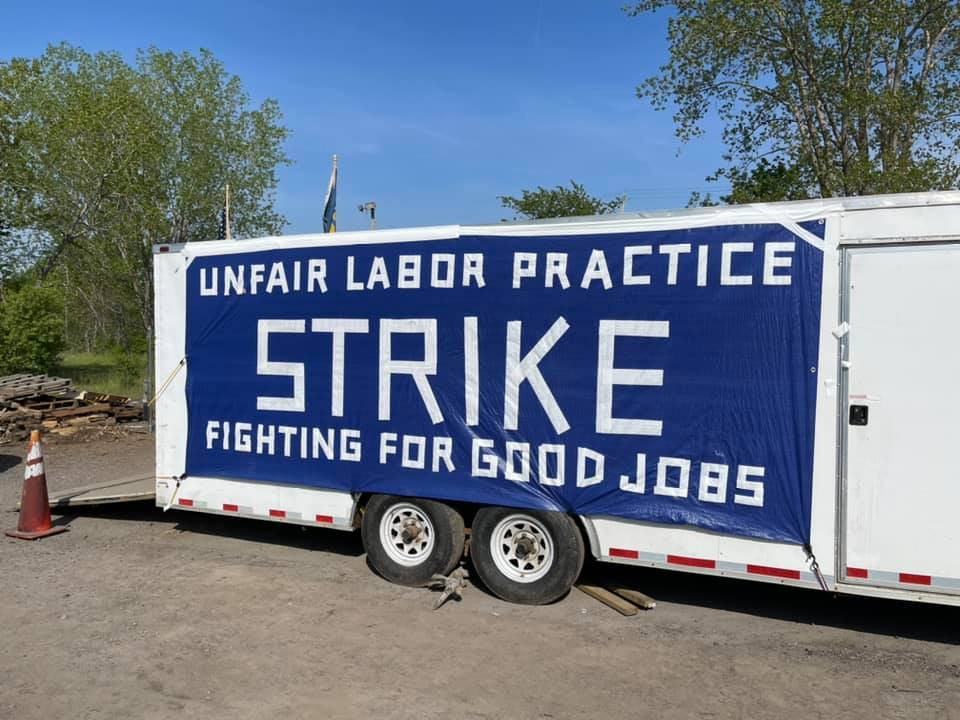 In accordance with an agreement between the USW and ATI, 1,300 USW Members employed at nine ATI locations - including one in Lockport, New York, will begin returning to work on or before July 18th, ending an Unfair Labor Practice (ULP) Strike that began March 30th, 2021.

“Our Members showed tremendous strength and solidarity, beating back demands for concessions that would have hurt generations of Workers,” USW International President Tom Conway said. “This contract reflects how truly powerful Working People can be when we fight together.”

USW Members voted to ratify the tentative agreement that was reached on July 2nd.

“The company came into these negotiations in January looking for unfair and unnecessary concessions,” USW Vice President David McCall, who chaired negotiations with ATI, said. “But after years of sacrifice, including the past year working through the pandemic, our Members deserve a deal that reflects their contributions to the company’s success.  This contract achieves that goal.”

It also provides $7,000 in direct payments and a 9% increase in wages over the life of the agreement, as well as protecting Union Jobs against outside contractors, safeguarding shutdown pensions and making other important improvements.

“I’m proud our Members refused to be intimidated by the company’s tactics,” McCall said. “While we certainly tried to avoid a Labor dispute, when we were forced to Strike against ATI’s Unfair Labor Practices, our Members stuck together and remained committed to reaching a fair deal.  Now that solidarity is paying off.”

The USW represents 850,000 North American Workers in a variety of industries such as: Steel, aluminum and other metals; Pulp and paper; tires and rubber; Chemicals; Energy producing; Oil refining; Health care; the Service and public sectors; and a growing number in professional, tech and academic fields.

To Directly Access This Labor News Story, Go To: www.usw.org/news/media-center/releases/2021/usw-members-ratify-new-contract-with-ati?fbclid=IwAR1JudCHFV5X3rt-XMEcThwe2k3EXvIHPCICuEppTw7MhkllrMx8qIDrJXE