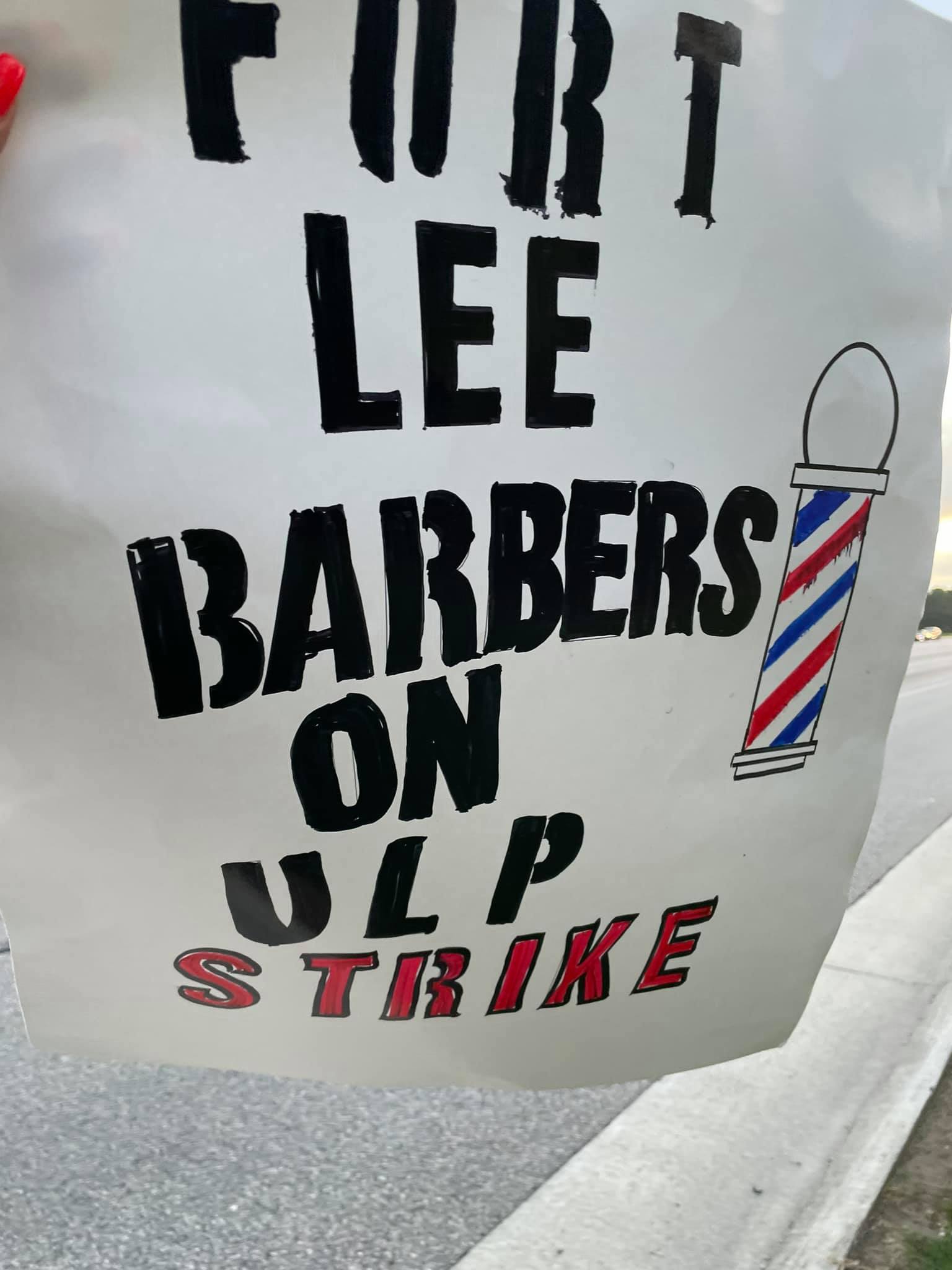 (FORT LEE, VIRGINIA) - Haircuts at Fort Lee are on hold after the base's 20 Union-represented Barbers went on an Unfair Labor Practices (ULP) Strike, alleging they are being underpaid by the contractor in charge of the base's three barbershops, plus one at Fort Pickett.

Mike Kates, 38, who has been a Barber at Fort Lee for the past 15 years, said the pay structure put in place by Sheffield Barbers is costing him somewhere close to $1,000 a month.

The Coronavirus Pandemic has been an especially difficult time for Barbers, who worked every other day to keep building occupancy at an acceptable level for social distancing.

Kates said the pay structure is becoming untenable and has him questioning his future at the base: "I love my job and I love cutting hair at Fort Lee.  I wanted to stay until I retire.  When I got there fifteen years ago, there were other people who had been there for twenty or thirty years. It's not like people come and go.  Once you're there, you're there.  I don't want to have to leave."

When Sheffield Barbers first took over, Employees were earning 55% of the per haircut fee of $12.15.

According to the Barbers' Union Representative, Sheffield reduced that fee to 55% of $11.25, the haircut price charged in 2017.

That means Stylists are seeing almost one dollar less profit per haircut.

And since taking over, Sheffield has increased the price per haircut to $13.

Kates says he is still earning 55% on a per cut price of $11.25 and that all of the profit is going to the contractor.

When Kates first started working at Fort Lee, the price was around $7.50.

He says he has always made 55% on every price increase until now.

Barbers can see anywhere between 40 to 60 clients per week, depending on the week and the Barber.

The new Barber pay structure was implemented immediately when Sheffield was awarded a contract to run the shops.

LiUNA finally reached negotiations with Sheffield two months ago in an attempt to increase the rate back to 55% of the total price per haircut.

The Union said that Sheffield agreed to a six-cent increase per haircut, which was unacceptable.

"It's a (one-sided) change," Union Representative K.C. Doggette said. "I showed the intent of language that’s in the contract.  I showed the movement as the price on the wall went up and they still refused to make those wages correct."

It also says Employees had $450 taken out of their paychecks to purchase vacuums, an item the contractor is fiscally responsible for purchasing.

To Continue Reading This Labor News Report, Go To: www.progress-index.com/story/news/2021/07/08/barbers-fort-lee-strike-over-unfair-pay-structure/7902099002/