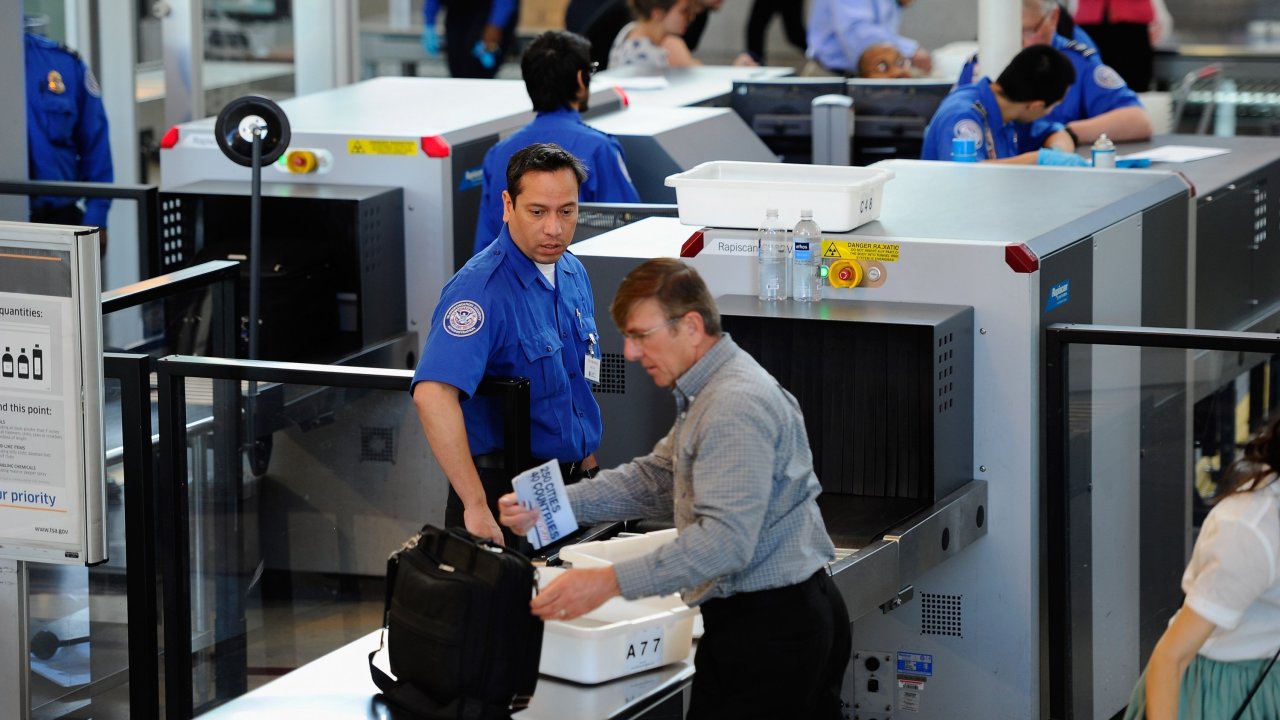 (WASHINGTON, D.C.) - The Biden Administration has taken what it calls a “first step” in its efforts to align the Transportation Security Administration’s (TSA) pay and Personnel System with the rest of the Federal Workforce, a fight Democrats and Unions have pursued legislatively for years.

Specifically, Mayorkas ordered TSA to revise its existing Collective Bargaining Policies, expanding Union Rights in a manner consistent with the vast majority of the Federal Workforce.

He also asked TSA to develop a plan for compensating Transportation Security Officers (TSOs) TSOs “at a level that is no less than that of their counterparts on the General Schedule pay scale” - pending available appropriations from Congress.

“You deserve to be compensated fairly and fully for your important work,” Mayorkas said in a video message to TSA Employees, which The Federal News Network viewed. “We are committed to ensuring that TSA is ready to quickly implement pay reform if and when additional resources are provided in the future - and we will fight for those resources.”

Finally, Mayorkas urged TSA to review whether its current policies align with procedures applied at the Merit Systems Protection Board (MSPB).

TSOs today don’t have the right to appeal disciplinary actions at the MSPB.

“Until such a time that the screening workforce is afforded statutory MSPB appeal rights, the TSA system should afford similar protections to its Employees,” Mayorkas said in his directive to TSA Administrator and acting DHS Deputy Secretary David Pekoske and to Darby LaJoye, the Senior Official performing the duties of the TSA Administrator.

Expanding TSA Collective Bargaining Rights, the department said, is consistent with the administration’s plans to empower Unions in both the Public and Private Sectors, a vision President Biden described in a recent Executive Order.

“TSA Employees are outstanding public servants who work on the frontlines, including throughout the pandemic, to keep the traveling American public safe,” Mayorkas said. “They deserve the empowerment of collective bargaining and a compensation structure that recognizes and rewards them for their contributions to our safety and security.”

The American Federation of Government Employees (AFGE), which represents about 46,000 Non-Supervisory TSOs, called the announcement a major victory.

Mayorkas’ order directs TSA to work with AFGE in revising its collective bargaining determination - and propose an implementation timeline within the next two months.

The Union has long pushed for legislation that would expand Collective Bargaining Rights for TSOs and move them into Title 5, the personnel system that sets pay, benefits and performance standards for a majority of Federal Employees.

“It is extraordinarily gratifying to see such a significant victory today for our Union and for these incredible public servants,” AFGE national President Everett Kelley said.  “There has never been a reason to deny them the same Union and Civil Service Rights as their counterparts in other agencies, and there is no doubt that these brave Workers have more than earned the pay guarantees of the Federal Locality Pay System - including the guarantees against pay discrimination on the basis of gender, race, sexual orientation or other differences.”

To Continue Reading This Labor News Story, Go To: https://federalnewsnetwork.com/workforce/2021/06/biden-administration-orders-tsa-to-expand-union-rights-explore-pay-reform-for-screeners/?fbclid=IwAR3befc-L_0X4R3MRIy3VLEmxoWN7bKDwj-RA566CB_Si8gvXQ0i1NmsSAk