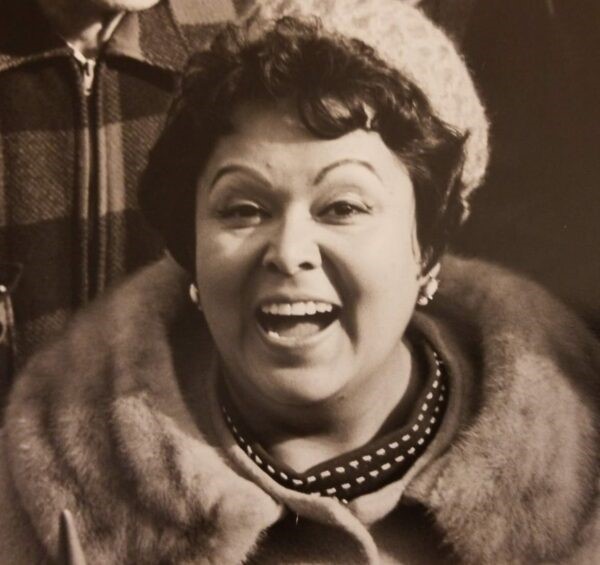 Arriving from El Salvador in the 1950s, Andrade worked as a Garment Worker and Organizer in Miami before moving to New York City and joining Local 23-25 of the International Ladies’ Garment Workers’ Union (ILGWU).

As Director of Local 23-25 ILGWU’s Department of Education from the 1960s until 1995, Andrade developed a wide range of educational and cultural programs, in many languages, for the Union’s mostly Immigrant membership.

She embodied the ILGWU’s concept of “Social Unionism,” supporting Members in the shops and in their communities by providing them with educational, political and recreational opportunities.

An unapologetic advocate for Immigrants’ Rights, Andrade pushed the Labor Movement to support Immigrant Workers and helped transform its policies to better reflect its changing Membership.

“Kathy’s tireless dedication to Civil and Immigrants’ Rights served as an inspiration to the Latino and Chinese members who became Union Activists in the 1980s and 1990s,” commented former Local 23-25 Manager May Ying Chen.  “She was a wonderful leader, a great female role model and mentor to me because she celebrated women, Immigrants and the beauty of our diverse Nation.”

Ms. Andrade served as an Officer in the Hispanic Labor Committee and was a committed Member of the Coalition of Labor Union Women and the Labor Council for Latin American Advancement (LCLAA).

She and her husband, Jorge Colón, helped many people become U.S. Citizens and registered thousands of voters over the years.

Andrade felt strongly that Immigrants who were living in the U.S. should be fully engaged community members and encouraged civic participation by citizens and non-citizens alike.

“Kathy was a remarkable person, a charismatic leader who had a wonderful rapport with our Union Members,” former ILGWU President Jay Mazur said. “I met her in 1957, when she worked in a belt making factory.  She had strong leadership qualities, so I sent her to the ILGWU’s Training Institute and later hired her to work at Local 23-25.  She started out as a ‘Colonizer’ - organizing Non-Union shops.  As Education Director, she fulfilled the mission of the Union to enhance the lives of Union Members, both in the shops and in their communities.”

“A strong and influential voice for Immigrants’ Rights, she fought to protect Undocumented Workers at a time when much of the Labor Movement was not supportive,” Mazur continued. “She commanded respect and was a true ‘Rank-and-File’ Member and advocate.”

Skilled in needlework, Andrade coordinated the sewing of costumes for the Labor Day Parade and the creation of a series of beautiful quilts, some of which can be seen at www.laborarts.org/exhibits/ilgwu/culture/quilts/index.cfm.

“Kathy spent her life fighting for Civil Rights, Workers’ Rights and Immigrants’ Rights,” said Edgar Romney, Secretary-Treasurer of WORKERS UNITED and former Manager of Local 23-25. “She was an effective Organizer who developed educational, political and recreational activities for Union and community Members alike.  She traveled the country supporting Voting Rights and worked to ensure that the voices of our Immigrant Community Members were heard. She touched so many lives and will be greatly missed.”

To Continue Reading This Labor News Report, Go To: www.laborpress.org/labor-activist-and-organizer-kathy-enriqueta-andrade-dies-at-88/