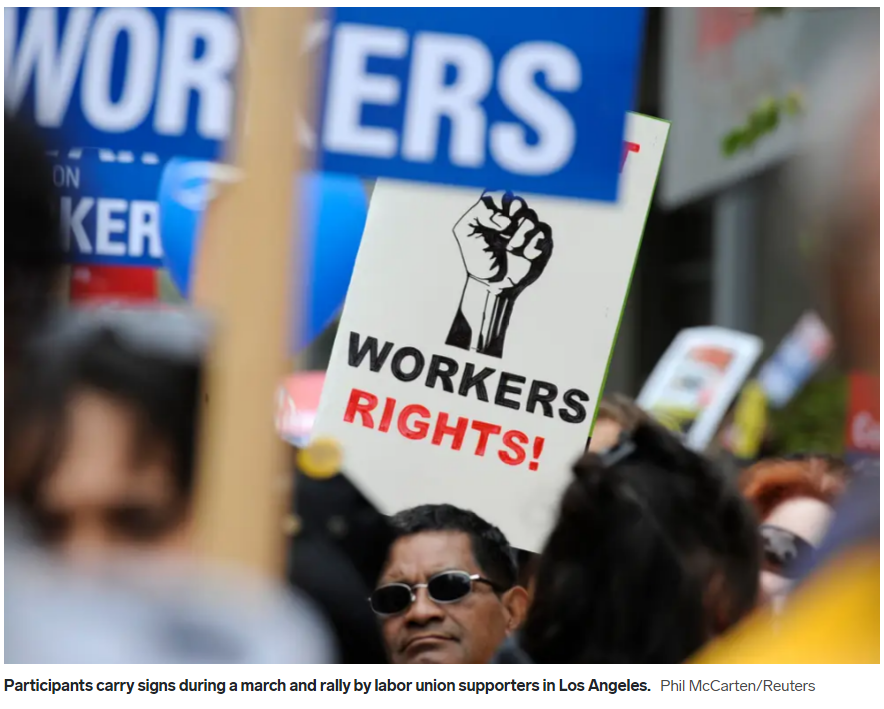 Belonging to a Union or living in a U.S. State where Organized Labor is relatively strong helps lower the likelihood that you'll fall into poverty, according to our new research.

In a peer-reviewed study, we examined how Unionization is correlated with poverty.

We analyzed data on poverty and Unionization Rates from 1975 through 2015 using the Panel Study of Income Dynamics, which is widely considered to be the gold standard for tracking individuals over time.

And we used a variety of poverty measures in our analysis.

We found that households in which there was at least one Union Member had an average poverty rate of 5.9%, compared with 18.9% for Non-Union households, based on a relative measure of poverty rather than an absolute measure, by which what it means to be poor is fixed over time.

We also wanted to examine the impact of living in a state with a higher rate of Unionization to see whether this broadly affected the likelihood that someone would be in poverty compared with states with lower Union Membership.

Our findings imply that a 5% decline in Union Membership translates, on average, into a 2% increase in the probability that a resident of the state will fall into poverty.

When policymakers and academics develop plans to address poverty, they rarely, to our knowledge, consider the impact of Labor Unions.

And yet, research across social science disciplines show time and again that labor Unions have been central to bolstering the American Middle Class by raising wages and expanding access to fringe benefits.

Thus, it is logical, though rarely discussed, that Unions would also reduce the risk that people become impoverished.

Our study also helps explain why the United States has a relatively high rate of poverty - 18% as of 2017 - compared with other rich democracies.

France and the Norway, for example, boast poverty rates in the single digits - as well as higher rates of Union Membership.

Our results suggest that had Union Membership not declined dramatically since the 1970s, we could reasonably expect poverty rates would be significantly lower.

We intend to conduct additional research, both within the United States and among other countries, to better understand the mechanisms linking Unionization to poverty.

More broadly, the biggest open question is whether U.S. Labor Unions can expand their Membership again and provide these types of protections against adverse economic forces.

To Directly Access This Labor Perspective, Go To: www.businessinsider.com/how-labor-unions-help-reduce-risk-poverty-2021-7?fbclid=IwAR3IYb54jc04XtDlzH26isGffGNzg8yEPVpRQZLCR_mjulX676ZVfPZuEwQ