1199 SEIU-Represented Workers At Bertrand Chaffee Hospital & The Jennie B. Richmond Nursing Home In Springville Ratify New Three-Year Contract That Calls For A 2% Annual Wage Increase & An Increase In Pension Contributions 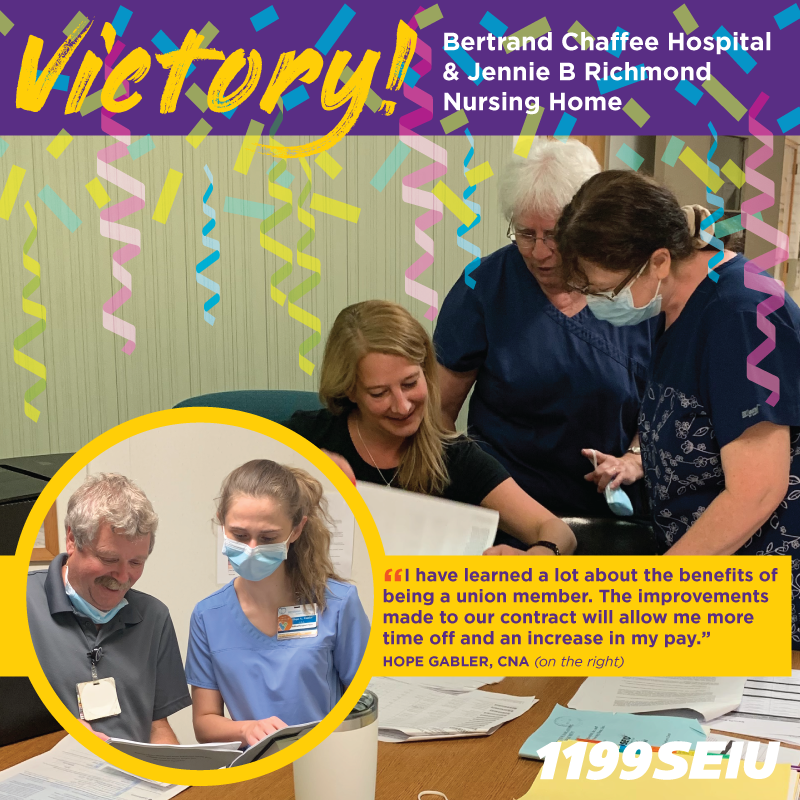 1199 SEIU Members will get a 2% wage increase in each year of the contract and an increase in pension contributions, Union Officials said.

“I’ve learned a lot about the benefits of being a Union Member,” Certified Nurse Assistant (CNA) Hope Gabler said. “The improvements made to our contract will allow me more time off and an increase in my pay.”

An increase in paid time off will also help to recruit and retain Caregivers, the Union said.

To Directly Access This Labor News Report, Go To: www.facebook.com/1199UpstateNY