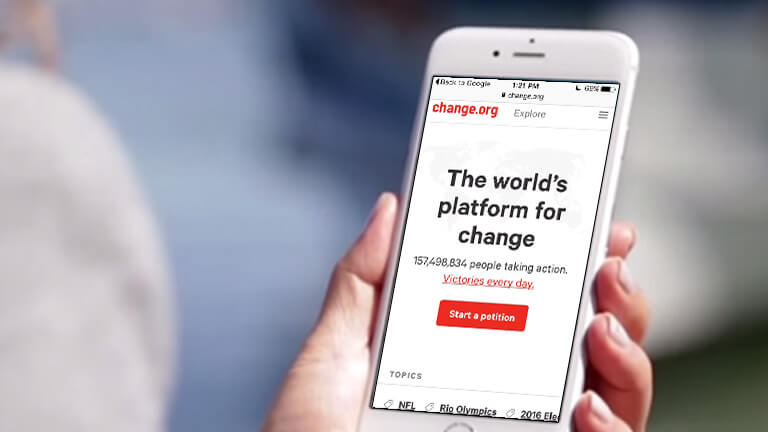 The gig involved scouring the Internet for grassroots campaigns with the best chances of going viral then tapping the company's resources to boost their reach.

"During the pandemic, I was just grateful to have a job," said Poché, who is 23 and lives in Manhattan.

Her job was eventually made permanent.

She had swapped stories with other colleagues who were at Change.org on short-term contracts.

They, too, felt like their jobs were precarious and underpaid, she said.

There was one more thing that bothered her: Poché, who is a Black Latina, kept getting assigned to on-line petitions about race.

"Hiring BIPOC Staff, we are not diversity, equity and inclusion specialists," she said, using the acronym for Black, Indigenous and Other People of Color.

These frustrations led Poché to join her colleagues in forming a Union.

And now, those efforts have paid off as she and more than 70 others at Change.org became Members of the Communications Workers of America's (CWA) CODE-CWA Project, the same Union that Google Employees joined earlier this year.

"The Workers at Change.org are part of a growing movement in the tech sector," said Tom Smith, the Union's Organizing Director. "Workers want a voice in decisions that their employers are making about things like wages and benefits and how diversity, equity and inclusion programs are being implemented."

From Google to lesser-known companies Glitch and Mapbox, the tech sector has seen a surge of Union Activism that would have been unthinkable just a few years ago.

While many Tech Workers enjoy generous pay and benefits, Workers increasingly view Organized Labor as a way to advocate for contractors in riskier positions, improve workplace conditions and speak publicly, without fear of retaliation, about their employers' policies and decisions.