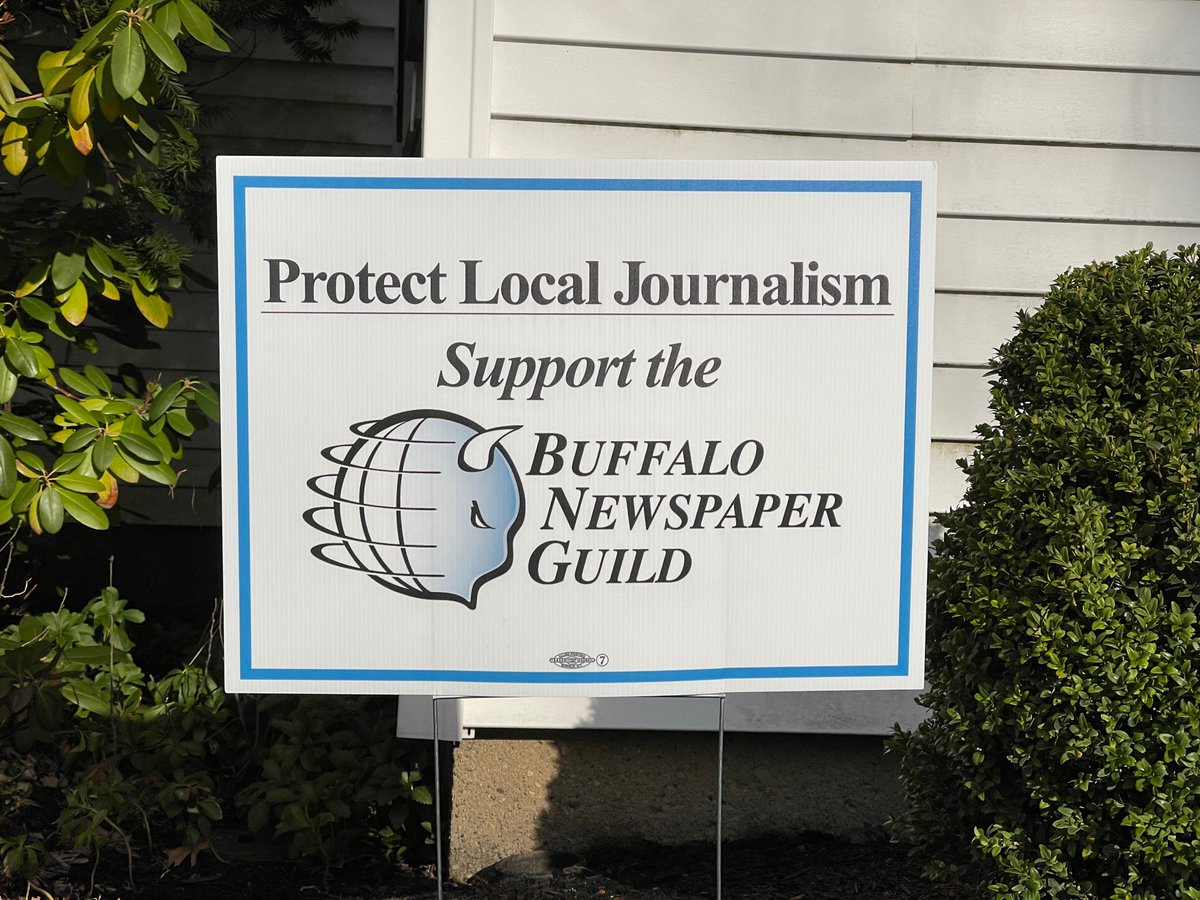 (BUFFALO, NEW YORK) – During negotiations, The Buffalo News/Lee Enterprises has rejected the Buffalo Newspaper Guild’s Digital Jurisdiction Proposal and re-proposed language to dismantle Employee Job Security Protections, as well as outsource Guild work out of state and out of the country, the Union says.

As a result, the Newspaper Guild-Communications Workers of America (CWA) Local 31026 has moved forward with a campaign to raise community awareness - including active social media messaging and a new website: www.ProtectLocalJournalism.com

The Guild had offered management a package proposal to outsource call center work for Inside Circulation to a U.S-based Lee Call Center in exchange for buyouts equivalent to a year’s pay and health care coverage.

As part of the package proposal, the Guild required the company to withdraw its proposal to outsource Accounting, and the Guild put forth a proposal to in-source page design work to the newspaper’s world-class, award-winning design team.

The News/Lee also rejected every newsroom-based proposal designed to safeguard the integrity of local journalism, including the Digital Jurisdiction Proposal to ensure Staff Reporters and Photographers can’t be replaced by Freelancers on the News’ website.  These also include proposals to label sponsored content and clearly distinguish locally-produced journalism.

As a result, the Newspaper Guild is taking action, asking for every Guild Member’s participation in a number of mobilization actions to inform the company and the public that the people who contribute to The Buffalo News matter.

The messages all direct the public to the Guild’s new campaign website: www.ProtectLocalJournalism.com

This site, which will be regularly updated, informs the public of The Newspaper Guild’s campaign and lets them know what’s at stake for them, the Union said.

Many other mobilization actions are also in the works, including yard signs, which we are also being made available to the public, the Union said.

To Directly Access This Labor News Report, Go To: www.buffaloguild.org/2021/04/29/guild-launches-new-website-new-mobilization-campaign/#more-3177

And For More, Read: Guild Proposes Two-Year Diversity Fellowship; Other Proposals Made By The Guild Remain In Limbo At www.buffaloguild.org/2021/04/16/guild-proposes-two-year-diversity-fellowship-other-proposals-made-by-the-guild-remain-in-limbo/ And Company Rejects Guild Proposals To Label Fake News Content At www.buffaloguild.org/2021/03/26/company-rejects-guild-proposals-to-label-fake-news-content/