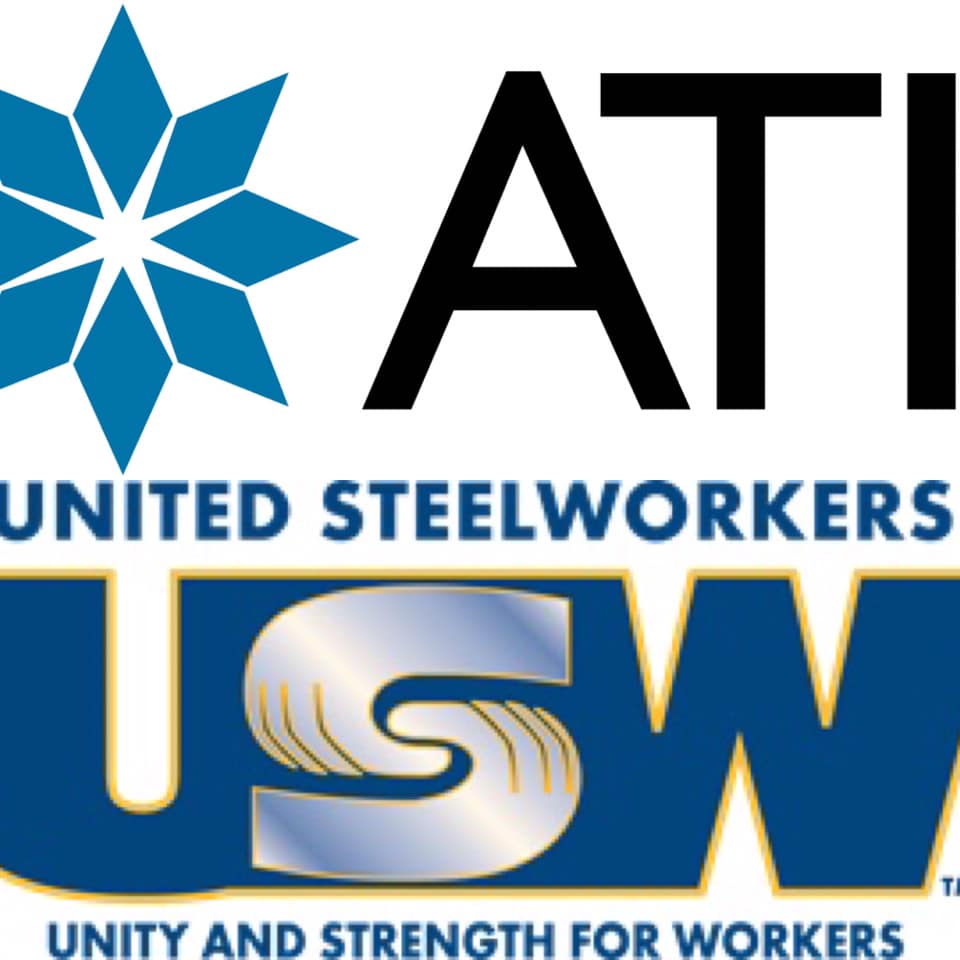 (PITTSBURGH, PENNSYLVANIA) - The United Steelworkers (USW) announced the Union has reached a tentative agreement with ATI Technologies, Incorporated on a four-year contract that covers 1,300 Workers at nine facilities – including one in the Western New York City of Lockport, who’ve been on Strike against Unfair Labor Practices (ULP) since March 30th (2021).

USW International Vice President David McCall, who chairs negotiations with ATI, said the Union was able to keep pressure on management to engage at the table - thanks to the solidarity and support of the Membership at all locations for the duration of six months of bargaining and three months on the picket lines.

“The unity of USW Members at ATI has proven that we can accomplish great things when we stand together to fight for the respect and dignity of a fair contract,” McCall said. “Despite management’s repeated attempts to divide and conquer its Workers, we showed once again that our solidarity is a tremendously powerful force.”

USW Local 9436-7 President Mike Swan, whose USW Local represents 38 ATI Workers employed in Lockport and who was part of the USW-ATI Negotiating Committee, told WNYLaborToday.com: “The reaction from our Membership in Lockport, ‘so far, has been positive.’  ‘They’re anxious to get back to work.’  It was (a) ‘fair’ (contract), ‘compared to what (ATI) was asking for.’  All (company asked-for) concessions, including work rules and the two-tier system, ‘are gone.’  ‘And we held the line’ on our health care benefits.  The wage increase will amount to (9%) over the life of the contract.”

It was just five years ago that ATI Technologies had locked out its then 2,200 USW-represented Workers at a then 12 plants in six states for six months before agreeing to a new four-year agreement in 2016.

Swan said the company’s actions it displayed over the course of this just currently-conducted Strike were to “break our Union,” Swan said.

“It ‘wouldn’t surprise me if we are in this same kind of fight every time’ (negotiations come up on a new contract with ATI Technologies).  (Management) ‘seems only to be concerned about its shareholders and its upper management team,’” Swan told Your On-Line Labor Newspaper.

In the coming days, USW Members will review the details of the proposed new contract and Return-To-Work Agreement with their Negotiating Committee before a ratification vote, which will be scheduled as soon as possible, USW Officials said.

If the proposed agreement is ratified, the recall process would begin immediately, and USW Members are expected to return to work shortly after the ratification process is complete.

“We’re hoping to be back to work as soon by Monday (the 19th) at the latest,” Swan said.

To Directly Access The Major Portion Of This Labor News Story, Go To: www.usw.org/news/media-center/releases/2021/steelworkers-reach-tentative-agreement-with-ati

And For More, Read WNYLaborToday.com’s May 21st Labor News Story, Headlined:  USW/WNY Labor Actions - ATI In Lockport & Unifrax In Tonawanda: ‘It’s A Fight For The Next Generation Of Workers’ As Steelworker Members Walk The Picket Lines To ‘Maintain Their Benefits & Fend Off Management’s Two-Tier Way Scale’ At: www.wnylabortoday.com/news/2021/05/21/buffalo-and-western-new-york-labor-news/usw-wny-labor-actions-ati-in-lockport-unifrax-in-tonawanda-it-s-a-fight-for-the-next-generation-of-workers-as-steelworker-members-walk-the-picket-lines-to-maintain-their-benefits-fend-off-management-s-two-tier-way-scale/