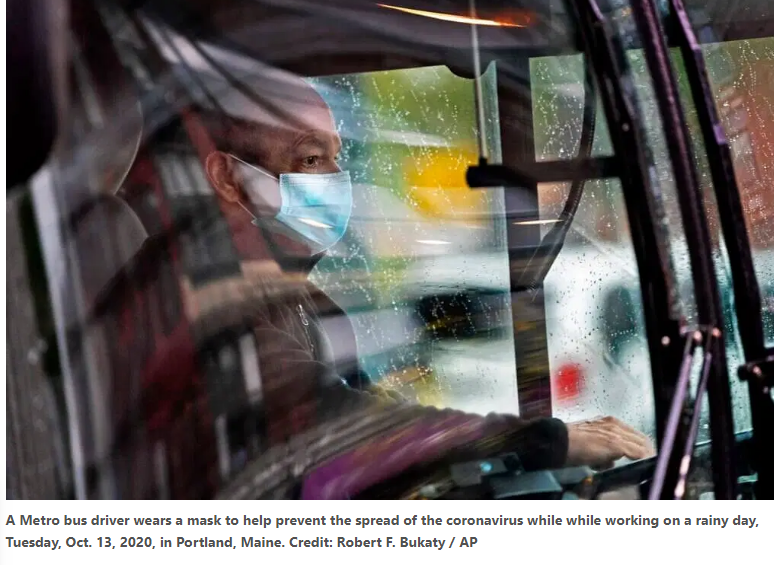 Thirty-two Drivers, Mechanics and other Workers in the Biddeford, Saco and Old Orchard Beach Transit Service, or BSOOB Transit, have voted to join the Amalgamated Transit Union (ATU) Local 714 this week, according to a press release.

The Union will soon begin negotiating its first contract.

“Drivers here are woefully underpaid,” Driver Joe Gaudette said, citing a primary reason for the Union effort. “Now that we’re officially a Union, we urge BSOOB Transit to work with us to reach a fair contract that appropriately compensates employees for the valuable service we provide to the community.”

BSOOB Transit is the primary provider of public transportation in the Biddeford, Saco and Old Orchard Beach region with express commuter bus service that connects the Tri-Town area to downtown Portland and seasonal trolleys that serve tourist destinations in the area.

Union Membership has been on the rise in Maine.

A Staff of nearly 2,000 Registered Nurses at Maine Medical Center voted to Unionize in April, following successful Union Drives by Workers at the Portland Museum of Art and elsewhere.

In 2019, transit Drivers at the Kennebec Community Action Project, who drive low-income Mainers to medical appointments, drug treatment and work, joined a Union in search of higher wages and increased decision-making power.

Matt Schlobohm, the Executive Director of the Maine AFL-CIO, said the organization has “definitely seen a surge in Workers contacting us for assistance in forming Unions.”

“Front Line workers across the state have realized the true value of their labor during the pandemic and are standing up to demand better wages, fair treatment and a voice in management decisions,” Scholobohm said in a statement.