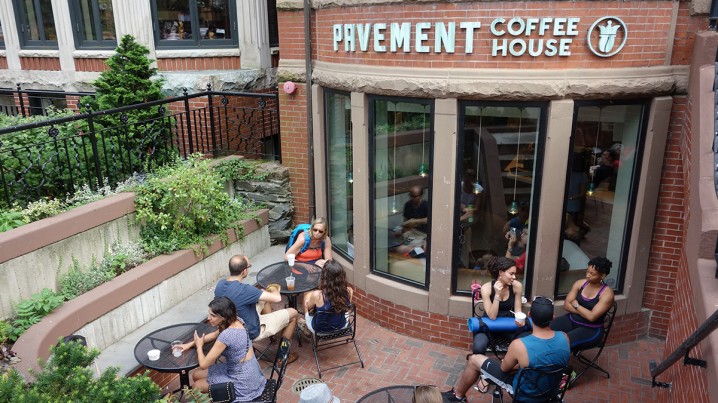 (BOSTON, MASSACHUSETTS) - Ownership at Pavement Coffeehouse have agreed to formally recognize an ongoing Unionization effort at the café chain based on a majority of cards indicating Employees’ intent to Unionize.  If successful, Pavement would become the first coffee shop in Massachusetts to Unionize.

“We will work together on this,” owner Larry Margulies wrote in a statement to GBH News. “While the Unionization process is something that is new to us, and obviously there will be much news to share in the coming days, I believe that together, we will make Pavement Coffeehouse a better and more just place to work.”

The company plans to "agree to a card check by a neutral arbitrator and abide by the result,” a spokesperson for the company confirmed. “If the card check demonstrates majority Employee support for the Union, we will recognize the Union as bargaining representative.”

Mitch Fallon, a Union Representative from the New England Joint Board UNITE HERE Union, says a committee of Employees has now secured a majority of cards, meaning that at least 50% of the company’s estimated 80 Employees have expressed their interest in forming a Union.

“Assuming that they're true to their word and we continue to follow down a good path with management,” Fallon says this will mean contract negotiations can begin and there will not need to be a formal Employee vote overseen by the National Labor Relations Board (NLRB).

Fallon says the company's response, especially within such a short time frame, was unexpected.

“This is incredibly rare,” Fallon told GBH News. “We are so pleased that we're potentially looking at this outcome.”

Last month, E-Commerce Giant Amazon defeated a high-profile Unionization effort at one of its Alabama warehouses by pushing the effort to a vote and then launching an aggressive Anti-Union public relations campaign.

“That's the picture of how Unionization is in a lot of places across the country,” Fallon said. “And so we're really happy that here in Boston we do support Unions and companies like Pavement are recognizing that and making sure that democracy can be found inside of its workplace.”

Barista Isabel DeContreras was “surprised” to hear that owners were willing to negotiate, less than 48 hours from when the efforts were publicly announced: “We definitely all were pretty surprised and excited.” DeContreras.

The Union Committee will now bring in a neutral third party for a final count of cards and if a majority of the Workers have agreed to Unionize, Employees will meet with management and owners to begin negotiating a contract.

But DeContreras says the fight is not quite over: “I think we still are all fully in organizing mode.  We’re still trying to get even more people on board and excited about this and also just solidify our position.”

Employees plan to negotiate for a pay raise, an audit of all salaries, increased mental health resources and break time, and more transparency and involvement around management decisions like COVID-19 Health Protocols.

To Read The Rest Of This Organizing Labor News Story, Go To: www.wgbh.org/news/local-news/2021/06/02/pavement-owner-agrees-to-recognize-union-move-toward-becoming-states-first-union-cafe