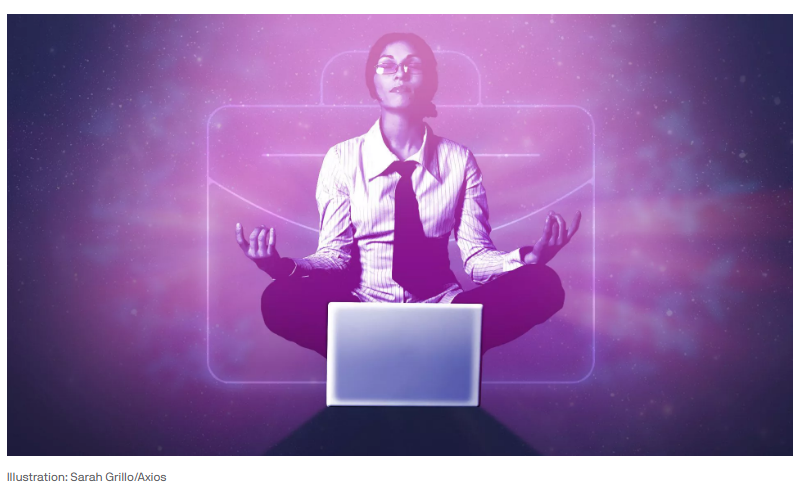 Many politicians, pundits and business owners have said Coronavirus Pandemic-era enhanced Unemployment Benefits are keeping would-be Workers at home, but that's a much too simplistic explanation of today's employment situation.

The Big Picture: Many hard-hit sectors are rebounding faster than anecdotal evidence would suggest and when jobs are hard to fill, a broader Worker awakening over the past year is part of the reason.

Why It Matters: Blaming the jobs surplus on the supplemental unemployment support reduces labor to no more than an equation of wages and output.  It ignores the full Worker experience and all the factors that make it less appealing to return to certain jobs.

State Of Play: The hardest-hit areas of the COVID economy are seeing Workers come back.

Yes, But: Those are some of the same areas where voluntary departure rates are also at record highs and where hiring isn't keeping pace with job creation.

Meanwhile: Despite anecdotal tales of woe, the leisure and hospitality space in May reported the most new jobs created of any sector, at 292,000.  Two-thirds came from food and drink establishments.

What they’re saying: "It’s not just money, sitting on both sides of the scale," Melissa Swift, Global Leader of Workforce Transformation at consulting firm Korn Ferry, tells Axios.  Swift says other factors add significant emotional labor to jobs: The difficulties of working with a skeleton crew; Juggling parenting responsibilities; or being the only Person of Color in a workplace, for example.  "We basically burned out the global workforce over the last year.  One of the ways people deal with burnout is switching employers," Swift adds.

By The Numbers: More than 4 in 10 Workers say they're considering leaving their jobs, according to a study by Microsoft, while Pew found 66% of unemployed Americans have seriously considered changing their occupation.  A record high of 4 million people (2.7% rate) quit their jobs in April, with the largest in retail (106,000) and professional business services (94,000).  With a record 9.3 million open jobs, it’s also important to recognize that on-boarding and hiring millions of people takes a lot of time.

Quick Take: Analysts at Morgan Stanley wrote in a report this month that Supplemental Government Benefits "are likely no more of a factor than other impediments to workplace re-entry."  The analysts cited the Federal Reserve's latest Beige Book (a snapshot of economic conditions in Fed Districts), in which child care, transportation, and health care were widely cited in addition to Unemployment Benefits as holding back potential Workers.

What To Watch: The supplemental benefits are set to end in 24 states throughout June and July - as those state governments seek to end what they view as a perverse incentive.  In the remaining states, the extra benefits roll off in September, coinciding with school re-openings, which will help solve serious childcare issues.

The Bottom Line: Workers across sectors and income classes realize they are now more empowered than ever, as Axios Chief Financial Correspondent Felix Salmon recently wrote.  "Everyone has rights to a better experience," Becky Frankiewicz, President of ManpowerGroup, tells Axios.

To Directly Access This Labor News Story, Go To: www.axios.com/unemployment-benefits-workers-labor-jobs-1ff7cb28-53b9-4044-b752-9f11f4315893.html?utm_source=facebook&utm_medium=social&utm_campaign=editorial&utm_content=economy-business-workerpower&fbclid=IwAR2nF0EkboyyofrsUpbdKl51mp9b6JNE4IoIEcEBmxCmEuGxlLz3RWQg4oU