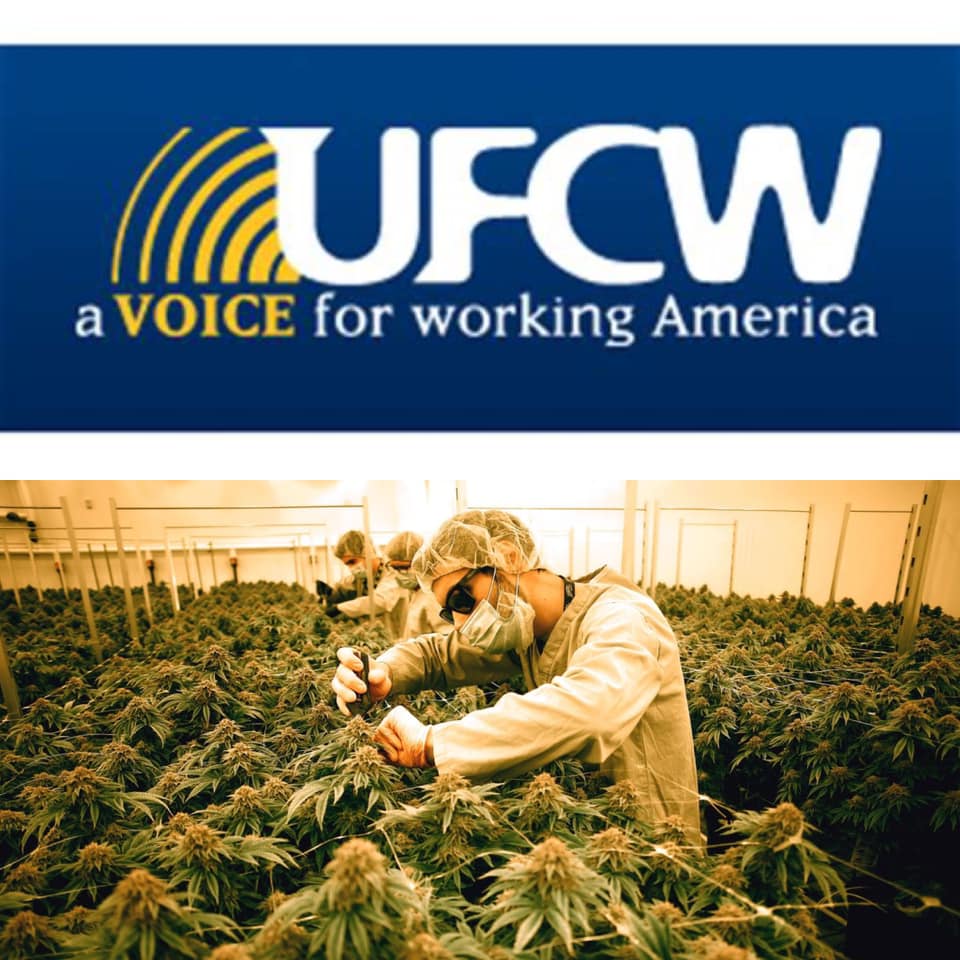 (LONGMONT, COLORADO) - With CBD legal for purchase nationwide and cannabis becoming legal in more and more states, these industries are becoming a new industry for Labor Unions to organize Workers.

This organizing is being led by the United Food and Commercial Workers (UFCW), their sister Union - the Retail, Wholesale, and Department Store Union (RWDSU), and the Teamsters.

Nature’s Root Labs is a manufacturer for Union Harvest.

Workers at Nature’s Root Labs will be represented by UFCW Local 7, which is based in Colorado.

Union Harvest, which is located in Colorado, has CBD Workers in purchasing, sales and Worker/customer education in Clearwater, Florida.

These Florida Workers will be represented by UFCW Local 1625.

Union Harvest is already proudly displaying on the front page of their website that their Employees are Members of the UFCW.

“We are committed to running a Pro-Union company that will produce and sell high-quality CBD products to consumers across the Nation and honors the hard work of our Employees with a Union contract,” Union Harvest Managing Director and Founder Justin Eisenach said.

"That means higher wages and better benefits as well as giving Workers a voice, which can be critical in any business, but particularly important in an emerging industry such as cannabis. Having a good relationship with our Employees is important and a signed Union contract is part of that.  Now consumers will have a choice when they purchase CBD and can buy USA Union-made, Union-packed, Union-sold products.”

“Job security is important, especially during a pandemic,” said Ataya Arreguin, a Cannabis Worker at Nature’s Root Labs. “I have two kids and throughout the past year, I have been worried about losing my job because of the pandemic.  Now that we have a Union, I feel even more confident that these jobs are secure and that they can become a great career that helps us build a better life for us and our families.”

“We are proud to be joining Local 777, a Union with a deep history of defending and advocating for Workers’ Rights,” said Budtenders Jason Blumstein and Sydney Charles. “We’re excited about the future and quality of life we can create for all Cannabis Workers.”

To Read This Labor News Story In Its Entirety, Go To: https://ucommblog.com/section/union/ufcw-inks-national-cannabis-deal