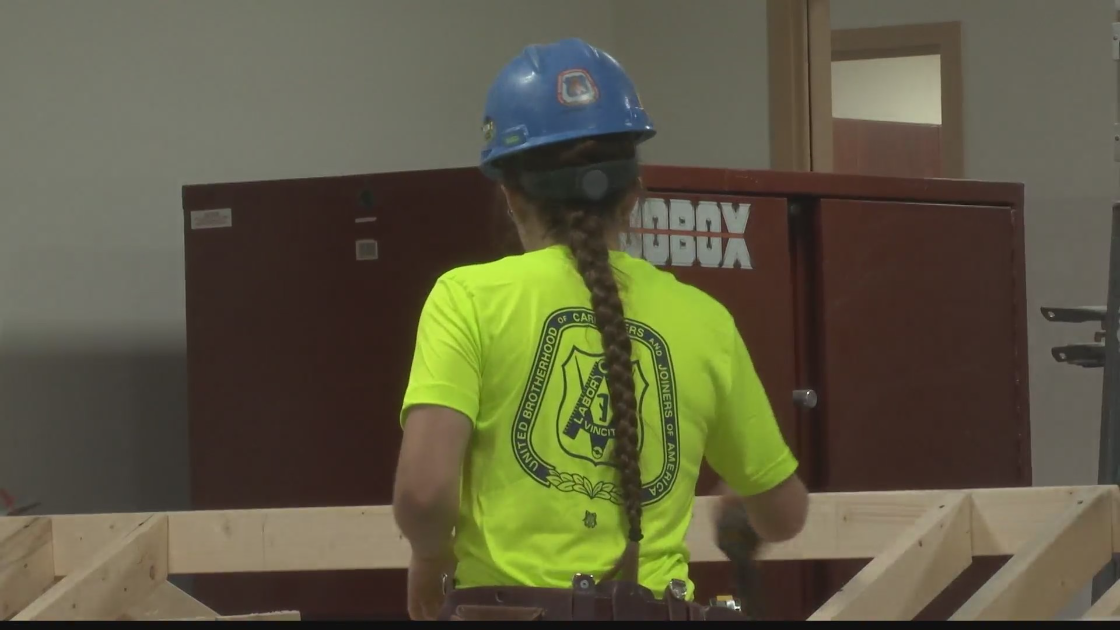 (DUNCANSVILLE, PENNSYLVANIA) – Do you have dreams of being a Carpenter?

Even if you don’t have any experience in the field, those behind a new program say you can become an expert within a year.

It’s one of 17 across six states and D.C. that’s used to train Apprentice Carpenters, as well as Journeymen.

And there’s just one goal with this new facility: “To be the construction leaders of the next generation of Carpenters,” William Sproule, the Executive Secretary-Treasurer of the Eastern Atlantic States Regional Council of Carpenters, says.

The Carpenters’ facility, along with its other sites, is important because Sproule says some construction companies are utilizing on-the-job training, which he says is not as effective as a physical school to learn the Trade.

“So it ensures that we have the best trained most productive individuals in the industry when they get out of the program like this one,” Sproule said.

The Building Trades Union expects roughly 200 people to pass through the school each year.

And with the growing amount of work that is coming to the Central Pennsylvania region, the Union expect that number to skyrocket to upwards of 300.

And the best part is you don’t have to have any skills to begin a new career.

“You can apply and try to get an Apprenticeship without having any skills whatsoever, although it does help individuals that have had a little bit of experience,” Sproule said.

The program has an open enrollment process - meaning anyone can apply for an Apprenticeship without having any skills at the time, but experience is preferred.

To Directly Access This Apprenticeship And Training Labor News Story, Go To: www.wearecentralpa.com/news/local-news/new-school-for-carpenters-opens-in-central-pa/