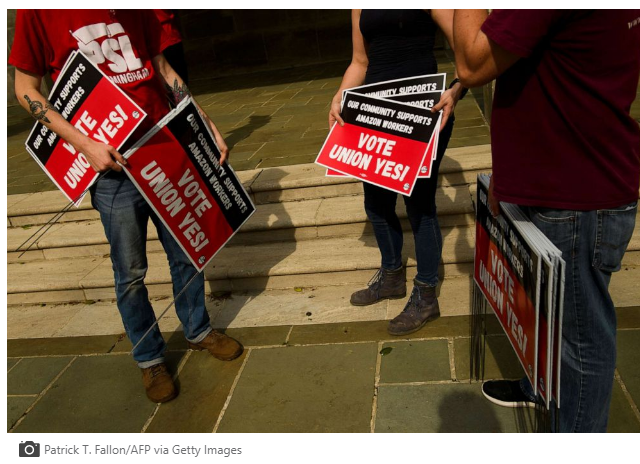 (SALEM, OREGON) - Oregon's State Legislative Employees have made history by becoming the first in the Nation to Unionize and Labor experts are predicting it will have major ripple effects across the country.

With a vote of 75-to31 on May 28th, Staffers for State Legislators - Employees who work at the state Capitol offices in Salem and other Public Employees joined International Brotherhood of Electrical Workers (IBEW) Local 89.

According to the State Employees who spoke with ABC News, they will now negotiate a contract on various issues, including wages and scheduling for 180 Staff Members.

“There have been some changes in professionalizing the workforce.  They took a lot of steps for improvements," Claire Prihoda, an Oregon State Legislative Aide told ABC News. "But there was no input from the Staff.  There was a lot of frustration among us, because we couldn't get answers on questions like pay."

Labor and legislative experts predict Oregon's Unionization effort will spark other organizing efforts in other public offices and change the way statehouses work with their Employees.

“What happens in these situations is that people say 'You can’t do this, you can't organize, it won't succeed,' and then one state finally does it," said Kate Bronfenbrenner, the Director of Labor Education Research at Cornell University's School of Industrial and Labor Relations, told ABC News. "Word gets out and State Employees are looking at this."

Logan Gilles, an Oregon Legislative Aide who was part of the Unionization process, told ABC News there was no single factor that spurred him and his colleagues to organize.

There has always been an unspoken rule among Employees that they would have to work long hours and not be compensated with higher pay, because that is the nature of working in politics, according to Gilles.

In past instances, some Workers were underpaid or had to wait for back pay due to disorganization, he claimed.

"I think for a long time, the imbalance of power within the Capitol was unquestioned and unchallenged," Gilles told ABC News.

The Oregon State Employees reached out to IBEW Local 89 this year with their intentions to Unionize and began to organize.

Tony Ruiz, IBEW Local 89's Organizer, told ABC News that while his organization has never undertaken an effort with State Legislative Employees, he didn't hesitate to help these Workers.

"Regardless of your Trade or where you work, every Employee has the right to organize their workplace," Ruiz told ABC News.

To Directly Access This Labor News Story, Go To: https://abcnews.go.com/Politics/oregon-legislative-employees-historic-union-vote-pave-nation/story?id=78051066