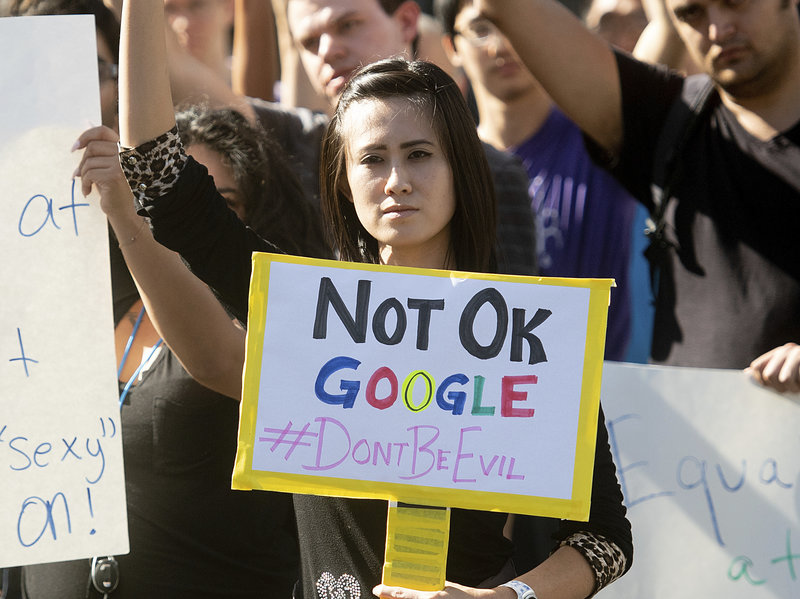 The Alphabet Workers Union has launched a campaign to push Google to allow Employees to use their chosen names on ID badges.

The move comes after Phares Lee, a Transgender man who works at a Google Data Center in South Carolina and is employed by security subcontracting firm G4S, asked to have his dead name removed from his badge and was denied.

Deadnaming is the use of the birth or other former name of a Transgender or non-binary person without the person's consent.  Deadnaming may be accidental - however, it may also be used to intentionally dismiss, deny or reject a person's gender identity.

Lee came out as Transgender during his initial interview with G4S.

“I was assured (Google) was inclusive, yet when I asked about a badge in my preferred name I was told that my badge had to reflect my legal name,” he says in an interview with The Verge. “After arriving on site and being issued the badge with my dead name, I noticed there were many people on site, both CIS (A Cisgender person is a person whose gender identity matches their sex assigned at birth.  For example, someone who identifies as a woman and was identified as female at birth is a Cisgender woman) and Transgender, whose badges did not reflect their legal names.”

Lee’s experience reflects a growing sentiment within Google’s contract workforce, that TVCs (Temporary, Vendor and Contract Employees) do not have the same rights and benefits as full-time Google Staff.

In 2019, Google ended a long-time policy that forced Employees to settle workplace disputes in private arbitration with the company.

Yet, the change did not extend to Google’s third-party contractors.

“Contracting companies, like G4S, are allowed to make rules for their Employees that directly contradict (Google’s) commitment to inclusion,” Lee explains.

Lee says when he arrived at the data center, he was the only Transgender Security Officer on site.

In an attempt to connect with other LGBTQ individuals, he tried to join one of Google’s Employee Resource Groups, which are designed for under-represented communities.

He says G4S management told him these groups were a “privilege” to which contractors were not entitled.

Now, the Alphabet Workers Union is circulating a petition asking Google and G4S to adopt a Chosen Name Policy for TVCs and Full-Time Staff.

The policy should ensure “publicly displayed names reflect a chosen name where it differs from their legal name; allows pronoun stickers to be displayed on name badges, and protects the right to privacy of dead names,” according to the letter.

The Union also wants Google and G4S to allow contractors to participate in Employee Resource Groups.

The petition currently has 165 signatures.

To Directly Access This Labor News Story, Go To: www.theverge.com/2021/6/1/22463267/google-union-g4s-subcontractor-deadname-id-badge