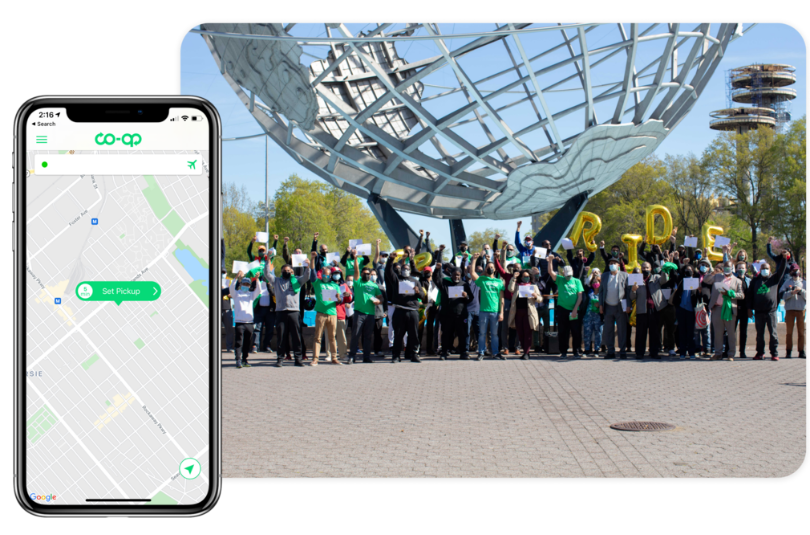 (NEW YORK CITY) - Workers are tired of the awful pay and lack of benefits at Uber and Lyft, so they’re forming their own cooperatives instead.

The New York Times reports: For years, Uber and other ride-hailing companies offered the promise of entrepreneurship to Drivers.  Drivers who were eager to set their own schedules signed up in droves, propelling the gig economy into a multi-billion-dollar industry.  But some Drivers never received the control and independence they had expected.  They struggled with the costs of vehicle maintenance, loans and insurance and they questioned whether Uber and Lyft paid a fair wage.  Legislative efforts to grant them employment benefits were thwarted. Now, dissatisfied Drivers and Labor Advocates are forming Worker-owned cooperatives in an attempt to take back some of the money - and power - in the Gig Economy.

The Drivers Cooperative, which opened for business in New York, is the most recent attempt.

The group, founded by a former Uber Employee, a Labor Organizer and a Black-Car Driver, began issuing ownership shares to drivers in early May and just started offering rides through its App.

The cooperative has recruited around 2,500 Drivers so far and intends to take a smaller commission than Uber or Lyft and charge Riders a lower fare.

It is an ambitious plan to challenge the ride-hailing giants, and it faces the same hurdles that tend to block other emerging players in the industry: Few have the technical prowess, the venture capital dollars or the supply of readily available Drivers to subvert an established company like Uber.

Still, Drivers who joined the effort said even a small cooperative could make a big difference in their work, allowing them to earn more money and have a say in the way the company was run.

The Drivers Cooperative planned to pay 10% above the wage minimums set by the city’s Taxi and Limousine Commission, and return profits to Drivers in the form of dividends.

In normal times, the higher wage might attract Drivers to the Cooperative, but these are not normal times.

Many Drivers have been hesitant to return to the road given the pandemic, creating a national shortage.

For the rest of the story, visit The New York Times here.