Published Thursday, June 3, 2021
by Phil Cohen Via The UCOMM Blog 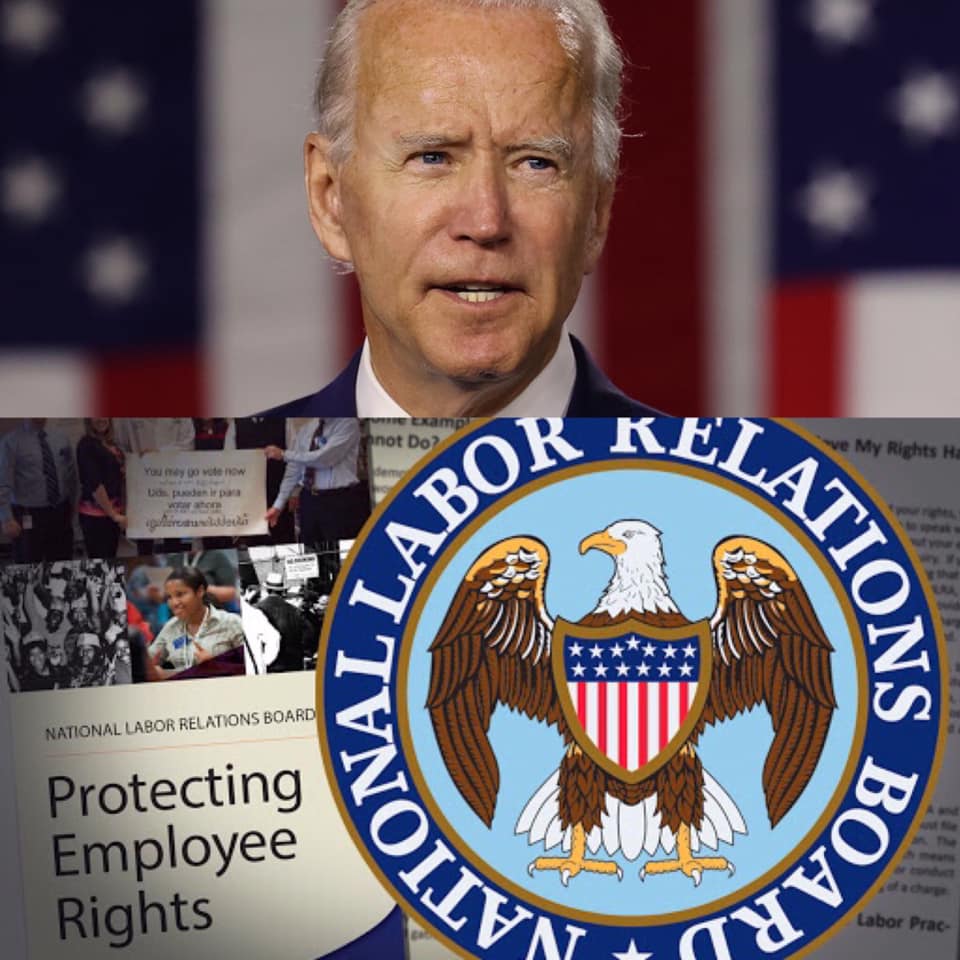 One of Donald Trump’s less-documented abuses of power has been his subversion of the National Labor Relations Board (NLRB).

The NLRB was created by Franklin D. Roosevelt as part of the New Deal in 1935 to encourage collective bargaining through the administration of the National Labor Relations Act (NLRA).

This Federal Law Enforcement Agency is tasked with investigating allegations of interference with Employee Rights to representation and prosecuting offenders.

The NLRB is governed by a five-person panel appointed by the President of the United States, with Senate approval, for staggered five-year terms.

They oversee 26 regional offices and adjudicate cases not resolved locally.

Starting in 2017, Trump created a majority on the Board consisting of Anti-Union attorneys, with the reverse mandate of discouraging collective bargaining through biased decision-making and more importantly, by neutering the Rules and Regulations used by the agency to interpret the NLRA.

As Special Projects Coordinator for Workers United/Service Employees International Union (SEIU), I’ve dealt with the NLRB under every President since George Bush, Sr.

Naturally, under Republican Administrations the Board’s legal interpretations have been slanted a bit to the Right, and under Democrats, a bit to the Left.

But I’ve never encountered anything like the Trump NLRB, sharing his utter disdain for Democratic due process.

Joe Biden talks a good game when it comes to Unions and backed it up by firing the NLRB’s Right-Wing General Counsel Peter Robb and appointing Lauren McFerran, the one remaining Democrat on the Board, as its Chairman.

A discussion of their Anti-Union rulings could fill a book.

They’ve overturned key precedents protecting Workers’ Rights for decades, including: Shop Stewards can now be disciplined or fired for using profanity during a grievance meeting while picketing, or even on social media when describing management: Millions of workers have lost the right to leaflet at their workplace if the property is owned by a third party but occupied by their employer; and New restrictions have been placed on the rights of Organizers to communicate with Hospital Workers.

Fortunately, the overturning of precedents is a double-edged sword that can ultimately be put to good use by a Biden-appointed NLRB as terms expire.

To Continue Reading This Labor Perspective, Go To: https://ucommblog.com/section/union/will-biden-repair-trumps-damage-nlrb?fbclid=IwAR1rwZDcPSXd0mmed9QIBROcFBGlDM7Burel_a-WLAC8xA-f6UKn9G8jEyM