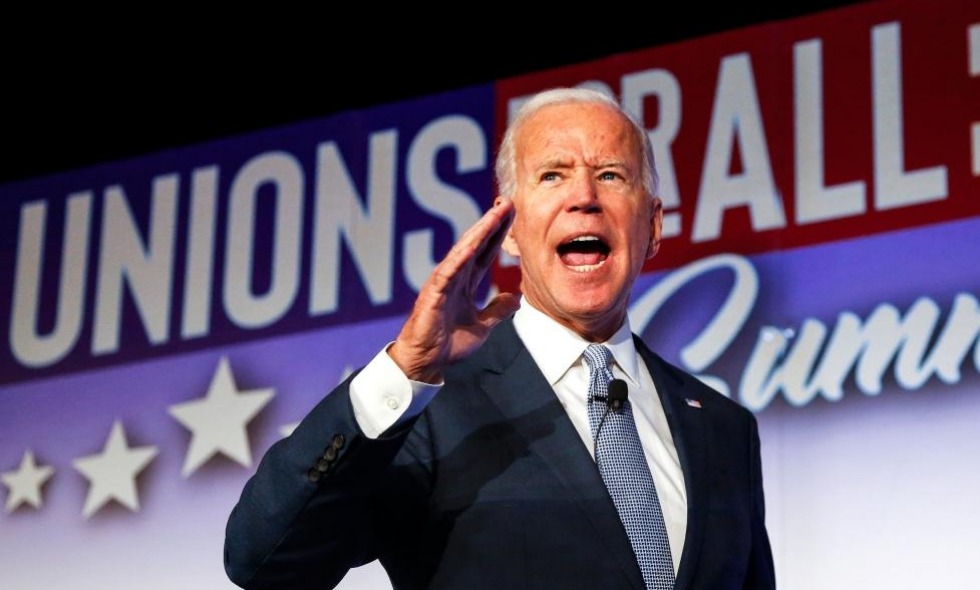 (WASHINGTON, D.C.) - As Joe Biden launched his Presidential run, he made an early stop at the Washington headquarters of the National AFL-CIO to meet with its President, Richard Trumka.

The former Vice President talked about economic inequality and sluggish wages, analyzing them as a product of the outsize power corporations have over Workers, Trumka said.

In other words, he said, Biden talked like a Union Guy.

Two years later, that memory spotlights the contrast Trumka and many other Union Leaders see between Biden and former President Obama, whose administration often left them frustrated.

“Obama and (Bill) Clinton both surrounded themselves with a lot of Wall Street people who had no clue,” Trumka said in an interview. “We were an annoyance to be dealt with.”

Biden has put Unions at the center of policy - viewing them as vehicles not only to rebuild Middle Class jobs, but also to address climate change and racial and gender inequity.

“Our administration will probably prove to be one of the most Pro-Union administrations that we’ve had, and I say that with pride,” Vice President Kamala Harris said in an interview.

One of Harris’ assignments is to lead a high-level administration task force on Worker empowerment.

“It’s really basic,” she said. “Almost mathematically, if you are requiring the one Employee to bargain against a corporation, the outcome will not be fair, because there’s such an imbalance of power.”

The Vice President’s statement and the task force - which will examine how every aspect of the Federal Government can support Union organizing - go far beyond what the last three Democratic Administrations said or did.

Biden’s Administration may be the most overtly Pro-Union since Harry Truman left the Oval Office nearly 70 years ago, Labor Leaders and outside analysts say.

It’s a measure of just how formidable the hurdles are for Unions in the U.S. that even with such support from the White House, many of Organized Labor’s top priorities face long odds: An effort this year to organize Warehouse Workers at an Amazon facility in Alabama failed badly, despite a video Biden recorded supporting efforts to beat back what he called “Anti-Union propaganda;” the National AFL-CIO’s top legislative goal - a long-stalled rewrite of Federal Labor Law to make organizing easier - remains stuck in the 50-50 Senate; and an increase in the $7.25 Federal Minimum Wage to $15 - the first hike since 2009 - suffered an early defeat in the Senate during the debate over Biden’s $1.9-trillion COVID-19 Relief Bill.

Although polls show Unions with a more positive image now than at any point in nearly two decades, the share of the workforce that belongs to a Union has continued to plummet.

Unionized Workers make up only about one in 10 employees and only one in 20 Private Sector Employees.

Reversing that trend forms a key part of the Biden Administration’s answer to a question that has vexed policymakers: Why have wages for average Americans stagnated for most of the last 30 years, while corporate profits and wealth at the top have swelled?

To Continue Reading This Labor News Story, Go To: www.latimes.com/politics/story/2021-06-02/biden-pro-union-can-he-reverse-labors-long-decline