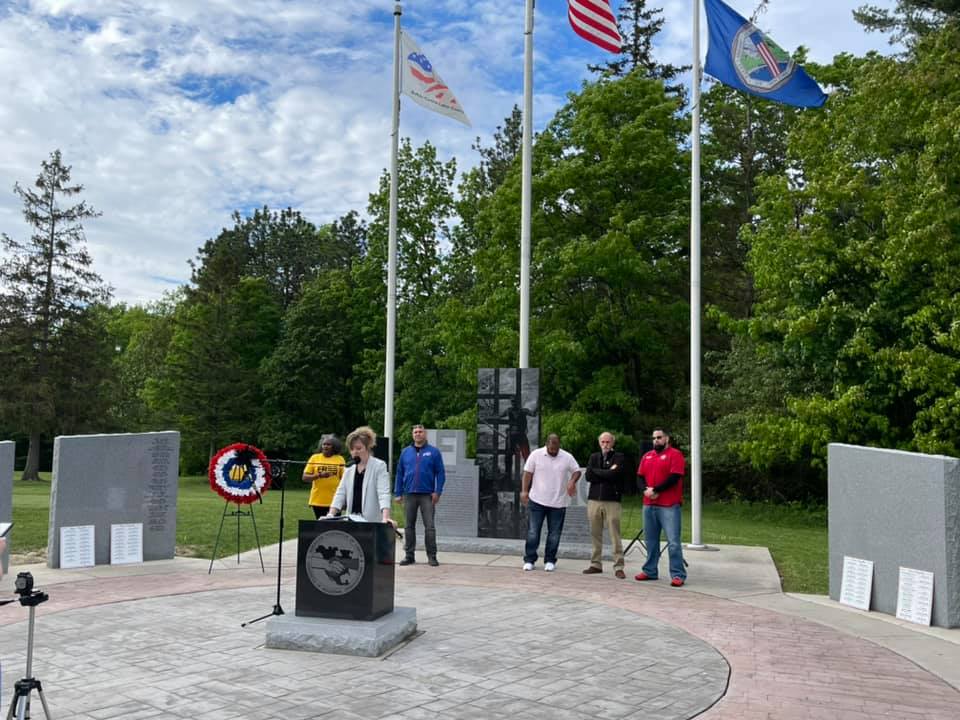 (ORCHARD PARK, NEW YORK) – Lt. Governor Kathy Hochul honored area Unionists during the Buffalo AFL-CIO Central Labor Council’s Annual Workers’ Memorial observation at Chestnut Ridge Park in Suburban Orchard Park Wednesday (May 26th) evening, telling those in attendance “at great risk to yourselves, you showed up” and praising them for doing a difficult job during the Coronavirus Pandemic while so many other Workers stayed home.

“The workplace ‘was a place of danger and not knowing if you would spread the virus and bring it home.’  ‘At great risk,’ Organized Labor (Union Members designated as Essential Workers) ‘showed up.’  Nurses, Bus Drivers, Grocery Workers, ‘you’ protected ‘us’ (as other Workers worked out of their homes).  ‘You overcame it because you had a job to do.  ‘Twenty million New Yorkers ‘will never forget.’  ‘My prayer is, during this horrific year, that you will receive the wages, benefits and compensation (you deserve).’  ‘You are owed that,’” she said.

“We are here to ‘honor those who have died (on the job) or suffered an illness (while at work and passed away), including those who died of COVID and senseless violence on the job,’” Buffalo Labor Council President Denise Abbott (pictured below), who also serves as Health and Safety Director for CWA Local 1168, told those who stood in silence to honor the deceased. 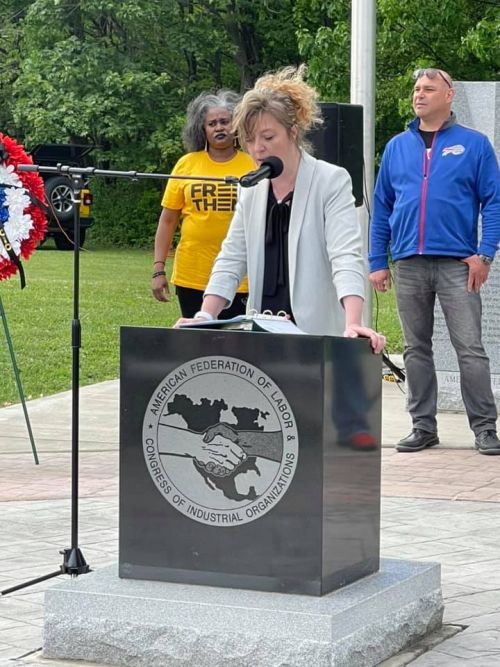 Sixteen new names were added to the impressive memorial this year that’s located in Chestnut Ridge Park, not far from the Orchard Park home of the NFL Buffalo Bills.

Of the 16, about 10 passed from COVID, Council President Abbott said.

And of the 16, six were Workers represented by area Labor Unions.

“In 2019, there were (5,333) Workers who died - about fifteen, ‘every day’ (across the United States).  ‘They were mothers and fathers, sisters and brothers, grandmothers and grandfathers, spouses, partners, significant others.’  Organized Labor ‘cannot give in or give up’ (when it comes to making sure elected officials pass Workplace Safety Laws).  That’s why we have to pass the PRO (Protecting the Right to Organize) Act, ‘to give Workers the opportunity to form a Union and give them a voice on the job,” she said.

Abbott, who is also a Nurse, became emotional when offering her personal thanks to those in the Western New York Labor Community who came through with donations of Personal Protection Equipment (PPE) and took the time to call her during the Coronavirus Pandemic: “When (the local Health Care Community) ‘needed’ PPE, ‘you came through - because we were left with nothing.’  ‘And to everyone who just reached out, who gave me a call to ask if I was okay, I will never forget that - ever.’”

ATU Local 1342 President Jeff Richardson (pictured below) also spoke, but his remarks were cut short by emotion over the mass shooting of eight Railyard Workers earlier in the day in San Jose, California by a gunman who then turned his weapon on himself. 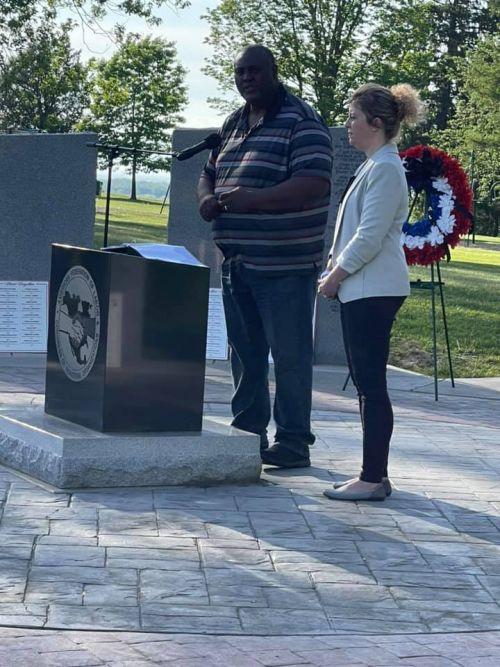 “I ‘lost some of my friends today because of a senseless killing’ in San Jose.  They were Train Operators, Mechanics - who worked (14 to 15) hours a day, ‘Essential’ Workers ‘who moved the city.’  My Union had a couple of Members who passed away from COVID.  I want to thank all those Nurses and Doctors (who took care of all who had the Coronavirus), ‘but my heart is in San Jose right now,’” said Richardson, whose Union represents Bus Drivers and Mechanics employed by the Niagara Frontier Transportation Authority (NFTA).

U.S. Congressman Brian Higgins was also on hand, telling those in the crowd: “This special event ‘recognizes those Workers who have died.’  ‘While it is a time of reflection,’ we in the House passed the PRO Act ‘and we must reaffirm the rights of Workers.’  There are (nearly 15 million) Union Members in this country; (25%) are Women; and (28%) are African-American.  The PRO Act ‘will strengthen’ Organized Labor.”

Erie County Executive Mark Poloncarz took his opportunity to praise and thank the many Public Employees who also risked their lives doing their jobs across the county over the past 12-plus months: “You (all) ‘worked so hard last year - Thank You on behalf of Erie County for the work you put in.’  You ‘did your’ jobs.  ‘People were putting their lives at risk, some who caught COVID on the job and died.’  We had (1,900) Erie County residents die of COVID, ‘so let’s fight for those who allowed us to be here.’” 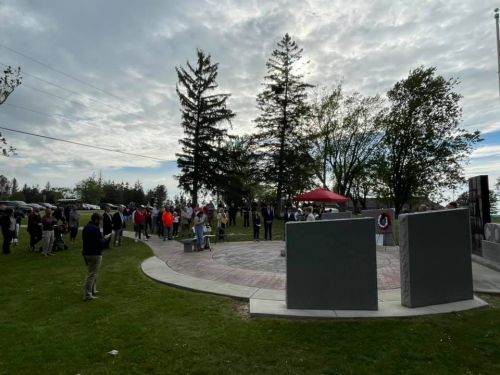 Grace Bogdanove, who serves as1199 SEIU’s Vice President of Western New York Nursing Homes, also addressed those in attendance, detailing her representation of Nursing Home Workers across the region who not only battled the Coronavirus, but successfully fought for Safe Staffing Laws in New York State.

“They had ‘no proper’ PPE when management ‘failed to provide them with it.’  They were ‘short-staffed and they had to fight all that stress,’” Bogdanove said.  “All this, but Health Care Workers ‘came to work, every day.’  ‘They also successfully fought for and obtained reform for a better quality of life for themselves and their residents.’  ‘We are here to honor all who we have lost, but we will continue to fight for quality jobs and care.’”

The Buffalo AFL-CIO Labor Council’s Annual Workers’ Memorial was originally scheduled to have taken place on April 28th, but was postponed due to inclement weather.