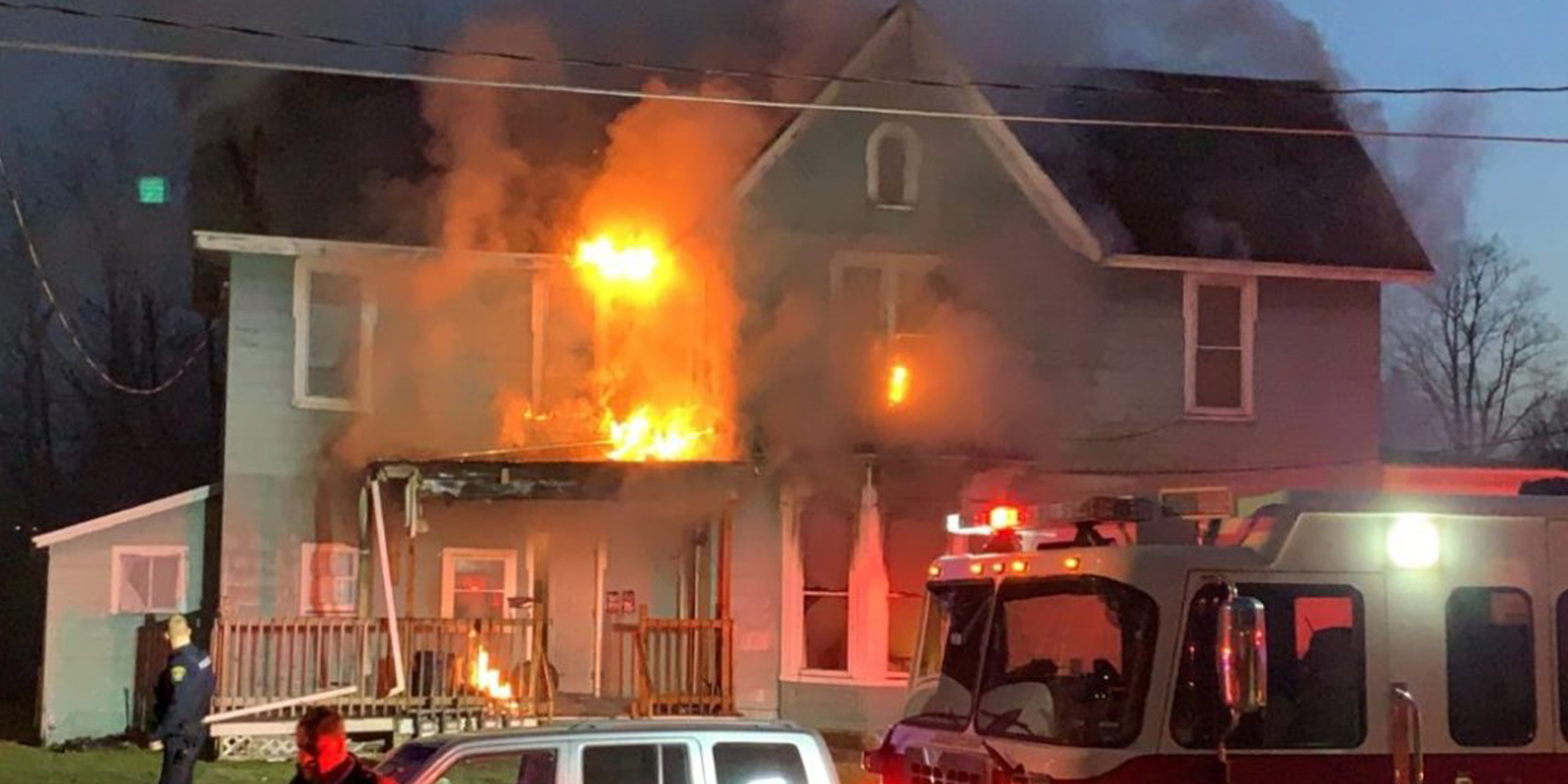 (JAMESTOWN, NEW YORK) - To Joe Pollaro, an Equipment Operator for the City of Jamestown, every day on the job is different.  Some days he’s out hauling chips from the brush dump to the landfill.  Other days he’s involved in road construction or sidewalk repair.  In the Winter, he might be assigned to plow the city’s snowy streets.  But in his 15 years on the job, the morning of March 23rd was unlike any he’d ever worked.

Pollaro, a Member of American Federation of State, County & Municipal Employees (AFSCME) Local 418 (Council 66), was on his way to his assigned job site when he saw a woman seeking help from a vehicle on the road.

She was pointing uphill towards a neighborhood he knew well, and the first thing that came to his mind was that maybe there had been a burglary.

“A few weeks before someone had broken into a garage,” said Pollaro, who knows the homeowners. “So, I thought maybe it happened again.”

He drove around the block until he saw what it was.

The corner house was on fire.

He jumped out of his truck and ran toward the house just as three people exited the burning structure.

There were flames in the stairwell and they had made it out in the nick of time.

Pollaro asked them if they were OK and they told him that two more people were upstairs.

“I was walking around the house thinking, how can I get in there to help them,” Pollaro recalled. “I didn’t know where they were until I heard screaming from the back.”

A young woman and an older man who turned out to be her father were screaming for help from a second-story window they had kicked out.

Smoke and flames were billowing out the window.

Pollaro knew they didn’t have much time.

“I don’t even know why I told them to jump and that I’d catch them,” he said, “but I knew they had no other choice.”

Pollaro didn’t so much catch them as cushion their fall.

He fell twice to the ground - first when he caught the young woman, then her father - acting as a buffer.

When the Fire Department showed up, Pollaro got back in his truck and left for his job.

“I wasn’t shaken up during the process, not at all,” Pollaro said. “Later when I got to the brush dump, somebody told me I looked like I was ready to take somebody on.  It was probably the adrenaline.  I grew up in that neighborhood and still have a lot of friends in the neighborhood. The way we were raised was we helped our fellow neighbors, we looked out for one another.  I’m just glad I was there at the right time.  I thank God I was able to help somebody.”

For saving two people’s lives while on his shift, Pollaro is a winner of AFSCME’s Never Quit Service Award, which honors Public Service Workers who go above and beyond the call of duty.

AFSCME President Lee Saunders, who praised Pollaro’s heroism during recently-made remarks to Council 66, pointed out Pollaro didn’t miss a beat after saving the lives of the two people: “After ensuring that paramedics were on the scene, Brother Pollaro got back in his truck and completed his shift.  Just another day in public service.”