How Amazon âCrushedâ The Union Effort In Alabama 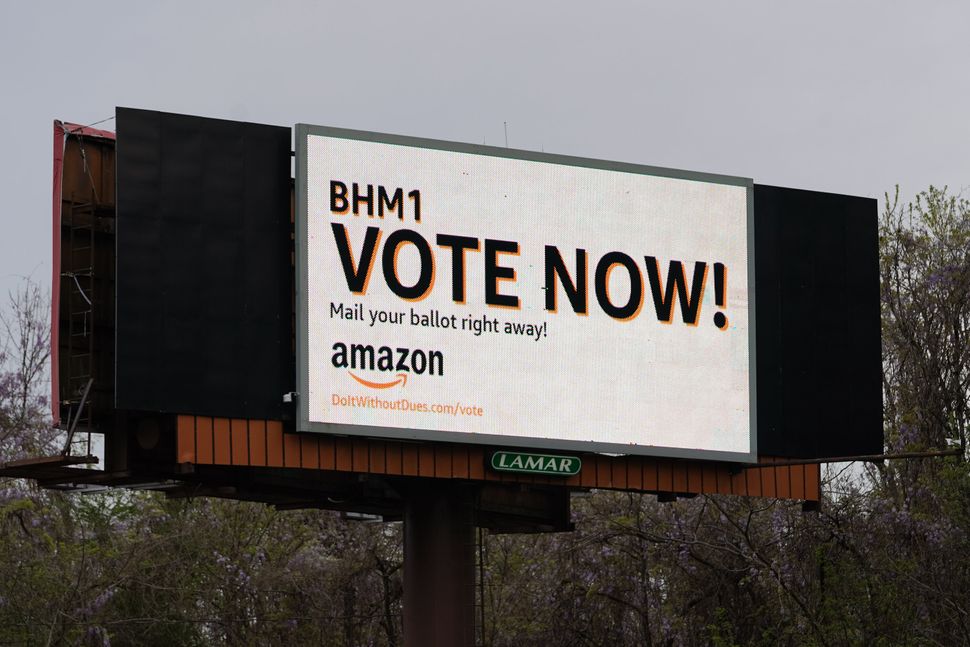 In early March, the Union drive at an Amazon warehouse in Bessemer, Alabama, appeared to be gaining steam.

A slew of high-profile politicians had recently come out in support of the effort, including Georgia Voting Rights Activist Stacey Abrams.

But as one Warehouse Worker told me near the end of the election, “Everything came too late.”

Like others in this story, she spoke on condition of anonymity, fearful of retaliation from Amazon.

While she was happy to see the public backing, she didn’t think it would make much of a difference when Workers were already deep into a seven-week mail-in election.

Amazon had been holding Anti-Union meetings and was urging Workers to vote as quickly as possible.

Many voters had already cast their ballots.

This particular Worker didn’t have her first in-depth conversation with a Union Organizer until after she’d been forced to sit through several of the Anti-Union meetings Amazon’s consultants ran.

Workers ended up rejecting Unionization by a count of 1,798 to 738, according to a preliminary tally that the National Labor Relations Board (NLRB) hasn’t yet certified.

The Retail, Wholesale and Department Store Union (RWDSU) says it plans to contest the results, accusing Amazon of violating Labor Law during the campaign and tainting the election.

A case before the NLRB could last months.

It’s much easier to point out a campaign’s fatal shortcomings in hindsight.

I reported on the Union drive as it unfolded.

I thought the Union was unlikely to win because of the basic structural advantages of any employer in an election of this size, let alone one with the power and resources of Amazon.

But I was not anticipating such a blowout.

I even thought a squeaker victory for the Union might be possible.

This account is based on interviews with 11 Workers from the warehouse and seven Organizers and Union Officials involved in the campaign.

It’s meant to show the rationale behind the Union’s fast-moving and high-risk campaign, the effectiveness of Amazon’s counterattack, and the challenges anyone faces trying to organize at the world’s largest on-line retailer.