Published Thursday, May 13, 2021
by Silver Krieger/LaborPress.org 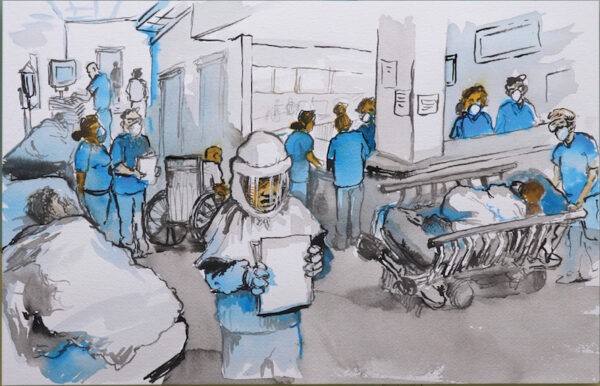 (NEW YORK CITY) - National Nurses United (NNU), the largest Union and Professional Association of Registered Nurses (RNs) in the U.S. with more than 170,000 Members nationwide, has released a new series of animated shorts exploring the dichotomy of being both celebrated Front Line Heroes and marginalized professionals in the age of COVID-19.

The Deadly Shame consists of three episodes, each illustrating how the on-going Coronavirus Pandemic is exposing the devaluation of nursing by employers and elected officials who put profits before patients and Workers - and how organizing and Union Solidarity can reverse the dynamic.

“Nurses are often described as ‘heroes’ - but we are more like expertly trained, highly skilled, fierce guardians,” she says. “While Nurses prioritize people - our corporate bosses prioritize profits.”

During the final episode - Deadly Shame: Nurse Power, NNU Vice-President Maria Lee, who is also an RN, makes it clear that for Nurses, “Our unity has always been our most powerful tool.”

In observance of Nurses Week, LaborPress interviewed NNU President Jean Ross to find out more about “The Deadly Shame.” You can read what President Ross had to say by going to: www.laborpress.org/deadly-shame-shorts-highlight-nurses-and-their-life-death-struggle-for-systemic-change/

And For More, Visit The NNU Nurse Advocacy Network Here.