Published Wednesday, May 12, 2021
by Peter Romeo/RestaurantBusinessOn-Line.com 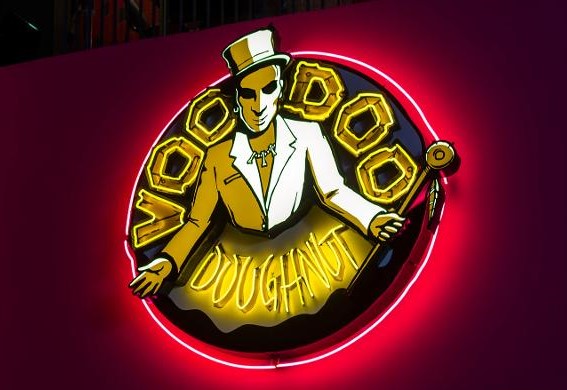 (PORTLAND, OREGON) - Employees of a Voodoo Doughnut shop in Portland, Oregon have been given a go-ahead by Federal Regulators to vote on being represented by a Union, a repeat of the process that led to the organization of several Burgerville units in the Pacific Northwest.

Mail ballots for deciding if the Employees will be represented by Doughnut Workers United, an affiliate of Industrial Workers of the World (IWW), will be distributed by the National Labor Relations Board (NLRB) starting Tuesday, May 11th.

The Workers have until June 8th to return their ballots.

The votes will be tallied on June 10th.

Doughnut Workers United, or DWU, says on its Facebook page that it asked VooDoo to voluntarily recognize the group as the Employees’ Collective Bargaining Representative, but was not accommodated.

The DWU has accused management of not sufficiently protecting the Staff from COVID-19, shortchanging laid-off Employees on their severance pay, and discriminating against transgender Employees, among other things.

The group said it first presented Voodoo management with its complaints back in June 2019.

The IWW, also known as The Wobblies, is a confederation of hyper-local Unions not usually recognized as having the extensive Membership or political clout of a Service Employees International Union (SEIU) or Unite Here!

But the IWW has succeeded in organizing fast-food workers.

In 2018, an affiliate called the Burgerville Workers Union (BWU) became what’s believed to be the first Federally-recognized Union within the U.S. quick-service industry.

That success came through the organization of a single Portland branch of Burgerville, a regional quick-service chain known for its use of local, seasonal ingredients - and being benevolent employers.

Employees of other stores followed their 22 colleagues at that initial Unionized Shop in voting to be represented by the BWU.

The BWU has remained active in pressing for more concessions for its Members.

Most recently, the Union pushed for tech changes that would allow patrons using Burgerville’s Drivers to tip Employees.

The effort to Unionize a Voodoo store comes as Unions such as SEIU criticize and sue prominent restaurant operators such as McDonald’s and Darden Restaurants, the parent of Olive Garden.

Union watchers say the strategy is to turn public opinion against those prominent companies as a way of stoking support for organizing their Workers.

Unions are getting support for their mission from the White House.

President Biden pledged during his campaign for the Oval Office to facilitate Unionization and once in office, Biden appointed a task force to develop means of boosting Union Membership.

To Directly Access This Labor News Report, Go To: www.restaurantbusinessonline.com/workforce/union-vote-set-voodoo-doughnut-shop?