Published Monday, May 10, 2021
by Zach Williams/City and State 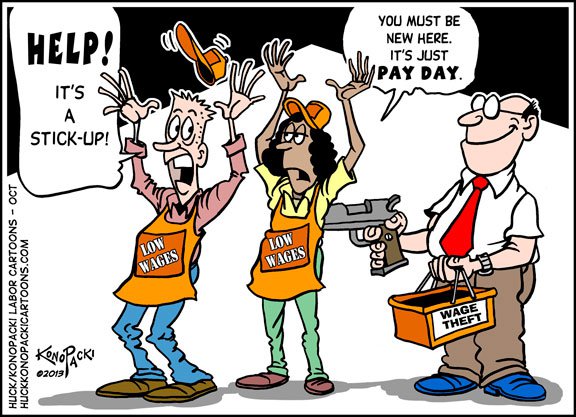 (ALBANY, NEW YORK) - Democratic lawmakers and Organized Labor are pushing legislation in the final weeks of the legislative session to crack down on wage theft in the construction industry, which labor Activists say is costing thousands of individual Workers anywhere between $50 and $170,000 each per year.

It all comes down to the idea of whether contractors should be legally responsible for any wages withheld by subcontractors.

“It's not just about the Members of the Unions,” New York State Building and Construction Trades Council President Gary LaBarbera said in an interview. “It's about protecting all Workers.”

The construction and real estate industries oppose the legislation in its current form, which they say would harm the state recovery from the COVID-19 Pandemic.

Democratic State Lawmakers and Organized Labor groups like the New York State AFL-CIO, however, say that action against wage theft is long overdue, especially considering how it affects Workers who are disproportionately People of Color and Immigrants.

“We're setting up a system where it will be a level playing field,” said Assembly Labor Chair Latoya Joyner of the Bronx, who co-sponsored the Bill with state Senate Labor Committee Chair Jessica Ramos of Queens. “This definitely is a racial justice issue, and we want to right the wrong that has been going on for far too long.”

The legislation passed her chamber in January, but has yet to pass the state Senate Labor Committee.

“Call my colleagues,” Ramos said at a May 6th press conference in Manhattan. “We need them to sign on so that we can call for a vote.”

The legislation appears to be about a dozen votes short of getting through the Senate based on the number of its co-sponsors.

However, a much more expansive crackdown on wage theft that would have allowed property liens against all private employers did pass the chamber two years ago by a 42-20 margin.

Governor Andrew Cuomo vetoed that bill, which has not been reintroduced in the State Legislature this year.

A spokesperson for the governor did not respond to a request for comment by publication time on his position on the current legislation.

Cuomo’s damaged political position amid ongoing scandals and Democrats’ newly won supermajorities in the State Legislature could mean that Big Business leans less on the Governor this time around.

To Continue Reading This Labor News Story, Go To: www.cityandstateny.com/articles/politics/albany-agenda/wage-theft-top-issue-final-legislative-stretch.html