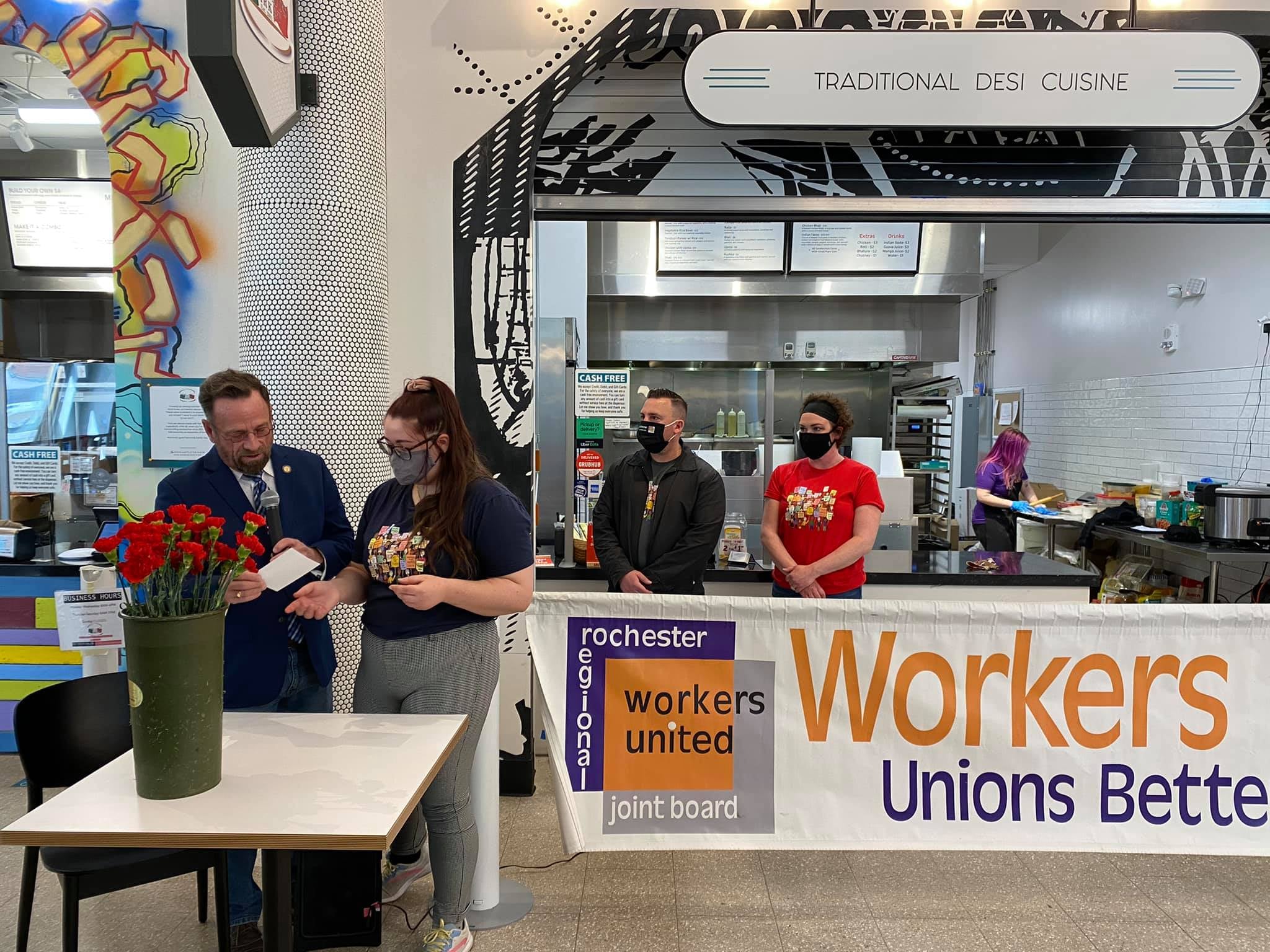 (ROCHESTER, NEW YORK) - Union Organizers and Workers at a Rochester restaurant are celebrating its Employees decision to Unionize.

The Workers and Organizers at Nani's Kitchen recently came together to mark the decision, which is a first for Rochester.

It's the first full-service restaurant to approve Unionization through the vote of its Employees.

"Working in a restaurant is fun, but it also needs to be able to provide," says Andrea DePasquale, an Employee and Organizer.

From now on, the Workers at Nani's will be represented by the Workers United/Rochester Regional Joint Board.

"We are going to bargain a first contract and this is going to be a model for Workers in the restaurant industry in Rochester," Workers United Rochester Manager Gary Bonadonna, Jr. said.

However, Organizers acknowledge that this is a pretty unusual case, as the Union Drive came with the cooperation and even encouragement of Nani's owner, who sought out Workers United himself.

“I had to decide whether I just wanted to be a business owner or whether I wanted to live my values that I have been cultivating," Nani’s Owner Meghesh Pansasri said.

In a posting on its Facebook Page, Workers United said: Congratulations to our newest Members - the Workers at Nani's Kitchen, who won their Union via card check at the restaurant in Rochester.  Thanks to Andrea Depasquale, the Organizing Committee Leader, and to all the Workers for their commitment to organizing - not just in their own workplace, but across the entire industry, to those who came out in support and to the owner, Meghesh Pansari, for setting an example for all business owners by proactively signing the Fair Election Principles so that Workers could organize without fear or interference.

Union Leaders say what is happening at Nani's Kitchen could be a sign to come at other Rochester-area restaurants and Employees say it could be an especially significant selling point in a tight labor market.

They are also calling on the public to support the decision by rewarding Nani's with business.

To Directly Access This Labor News Report, Go To: www.whec.com/rochester-new-york-news/local-restaurant-becomes-first-in-area-to-unionize/6093038/?cat=565&fbclid=IwAR310FC0aeLYnSIWhgBqnYo_4c7vuMIioUrGqaoMlfS6lDA2n_EcC8pHgZc

And To Watch A News Conference Held At Nani’s Kitchen & Comments Made By Workers United’s Bonadonna, Go To: www.facebook.com/workersunitedupstate/videos/460969098567225