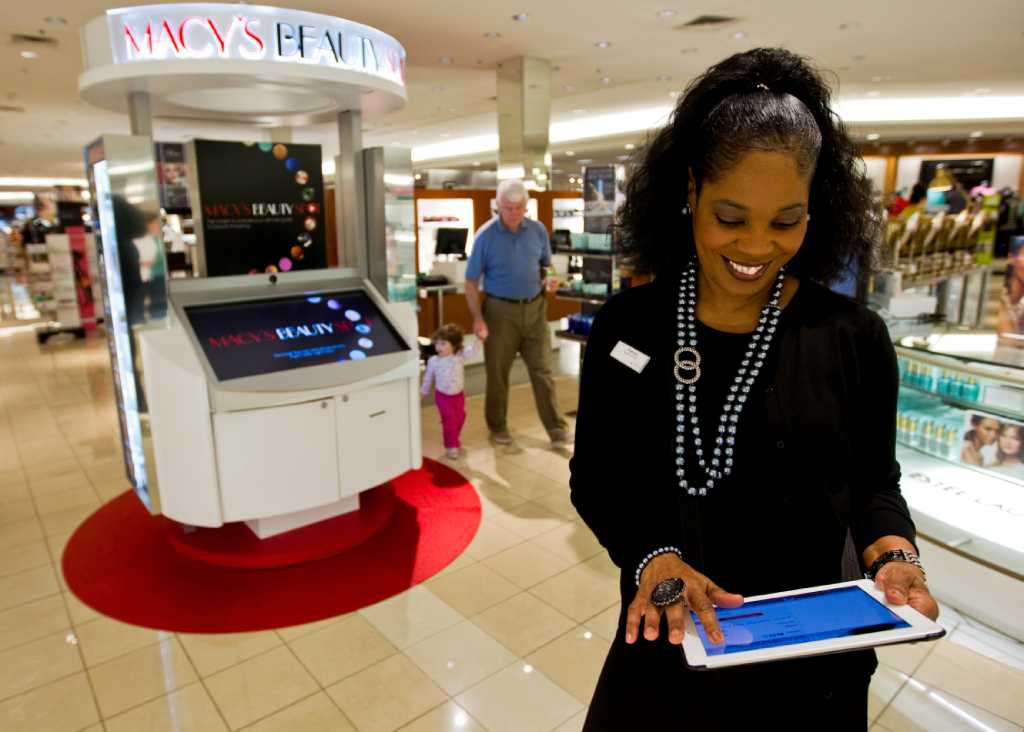 Macy’s just lost a case that could open a Pandora’s box of issues surrounding the use of technology in retail.

A Union representing Macy’s Employees in the Boston and Rhode Island stores has won an arbitration case against the department store chain.

In the arbitration with Macy’s, it was found that the company violated a bargaining agreement when it allowed customers to use an App for checkout.

In its ruling, the independent arbitrator found the new App no longer required customers to pay at a register.

Since Salespeople in cosmetics and men’s wear are on commission, they would not be paid on any sale that was transacted on an App.

The grievance was filed by Macy’s associates in Boston and Rhode Island who are part of the United Food & Commercial Workers (UFCW).

Macy’s must pay back-pay that the Employees in the six stores would have made at the check-out.

While technology can be a source of efficiency and expense savings for a store, when it poses a risk to good Employee relations new issues arise.

In theory, the idea of blending high tech (i.e., the use of an App for convenient, speedy check out) with high touch (a selling environment that provides opportunity for personal attention from a knowledgeable Sales Associate) is a win for any store.

That interaction with the Store Employee is a differentiator from on-line shopping and can even drive add-on purchases.

However, the benefits quickly become compromised if there is a direct, negative impact on Store Associates.

The self-checkout App was put into all Macy’s stores in 2018, but was taken off-line in 2020 for what was described as technical improvements and has not been returned to service.

One wonders if the arbitration has caused the company to suspend using the App which was in all Macy’s stores.

Macy’s also has a Union in some New York stores, notably Herald Square and Parkchester in the Bronx.

It is part of Retail Wholesale and Department Store Union (RWDSU) S-1.

Most of the Macy’s stores in the Midwest, West, and South do not have Union Representation.

I worked in Macy’s and, when I started, was written up several times by Union Representatives for inadvertently carrying merchandise from one location to another.

It was an adjustment for me, but I found that most Union Members were happy to work in the store, helped me and did their utmost to help customers.

My sense is that any Employee - whether a Union Member or not, is happy to have technology and other system enhancements that make it easier to do their job.

The challenge arises when technology collides with high touch.

That happens when some forms of technology not only add efficiency, but are embraced by customers and the result somehow undermines the livelihood of Employees.

We all talk about the importance of servicing the customer (and that popular adage that the customer is king or queen resonates loudly these days), but situations like this will force retailers to carefully manage how their technology is used and how it affects Associates.

To Directly Access This Labor News Story, Go To: www.forbes.com/sites/walterloeb/2021/05/04/macys-looses-to-a-union-when-high-tech-collides-with-high-touch/?sh=6488ae87d9c4