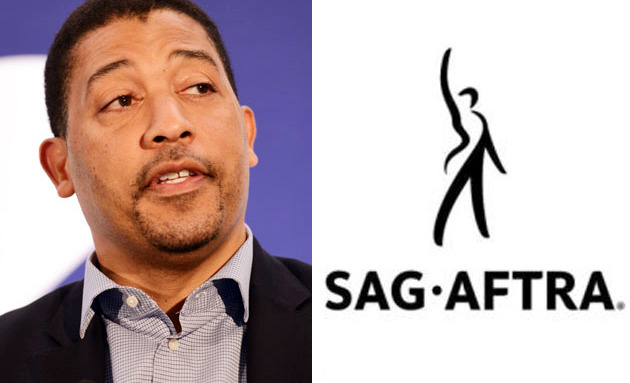 (LOS ANGELES, CALIFORNIA) - David White, National Executive Director of the Screen Actors Guild (SAG)-American Federation of Television and Radio Artists (AFTRA), felt terrible when he had to cut a third of his Staff at the world’s biggest Entertainment Union in 2020.

“Laying off (200) colleagues due to the (Coronavirus) Pandemic was one of the hardest things I’ve done in my career,’’ says White, the 51-year-old Attorney who has run SAG-AFTRA since a merger created the Los Angeles-based Union in 2012.

He also is its Chief Negotiator.

They include Stunt Performers, Singers, Dancers, Radio Announcers and even Puppeteers.

This was not the first recent life challenge for White, who lost his wife to a brain tumor in 2018.

In this latest instance, he sought support from professional contacts and others as he struggled with angst over letting go so many Employees.

He also tried to help Union Members idled by their industry’s slowdown.

For instance, webinars organized by the Union taught some Members how to set up equipment at home so they could record audiobooks.

About 75% of SAG-AFTRA Members were unemployed as of early March.

Their sky-high jobless rate will fall below 40% by March 2022 as more movie and TV productions resume, White predicts.

“The industry is so ready to get back to work,” he said.

He hoped he would be a professional player someday, but ultimately decided he wanted to become a public servant instead.

He says he drew inspiration from his mother, a local Government Personnel Manager who was highly involved in community groups that served families.

While studying philosophy at Oxford University, the Rhodes Scholar experienced an epiphany about his personal purpose.

He concluded that he wanted everything he did “to contribute to the flourishing of human life.”

The newly-minted Attorney then joined O’Melveny & Myers LLP, where he specialized in Labor and Employment Law.

The law firm assigned SAG as one of his initial clients.

Union Executives who had been partners at O’Melveny & Myers recruited White to be SAG’s General Counsel in 2002.

He left in 2006 to launch an entertainment-industry consultancy, but he returned to the Union as its Executive Director in 2009.

He kept his position once SAG and AFTRA combined.

“My personal Board Members have taught me how to use my skills and experience strategically so I can contribute more effectively to the world around me,’’ the Labor Leader explained.

To Continue Reading This Labor News Story, Go To: www.wsj.com/articles/where-this-hollywood-union-leader-found-his-own-star-studded-alliance-11619236841?reflink=desktopwebshare_twitter