The Labor Battle For The âRight To Peeâ - App Delivery Workers For DoorDash, Grubhub, Uber Eats & Other Tech Giants âAre Fighting For A Living Wage, Employment Status & The Simple Right To Pee In Privacyâ 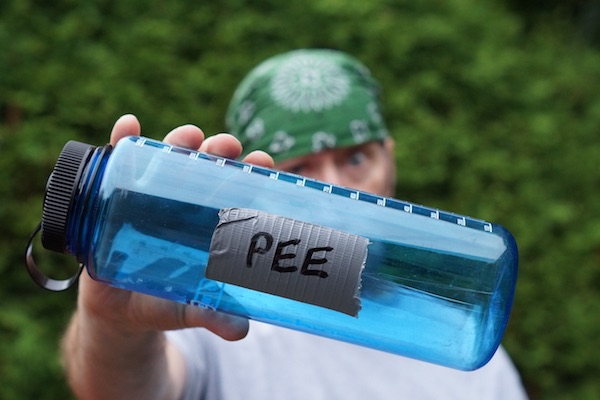 StreetsBlog New York just reported on a community board meeting in a wealthy Manhattan neighborhood where members debated a non-binding proposal that would encourage restaurants to let App-based Delivery Workers use their bathrooms.

While there isn’t anything like a definitive count, current estimates hold that there are between 50,000 and 80,000 of these Workers in New York City - a number that has surged during the Coronavirus Pandemic.

And, it seems obvious that they need somewhere to pee.

“They deserve better.  We need to start treating them as if their lives and their working conditions mattered,” Community Board 7 Transportation Committee Member Ken Coughlin said in his introduction to the resolution.

“And bathroom access is as good a place as any to start,” he said.

The response from the board was either surprising or not, depending on how closely you’ve been following the issue.

“You can’t force a restaurateur to let someone use the bathroom if they’re opposed to it,” another member replied. “The whole thing is asinine.”

“We use the Gatorade bottle because it is wider,” Sergio Solano, a DoorDash Delivery Worker and one of the creators of the Facebook page El Diario de los Deliveryboys en la Gran Manzana, which chronicles the struggles of E-Bike Food Delivery Drivers in the city, said in Spanish.

“Discreetly, we pee in the bottle behind the stairways of buildings after delivering an order,” Solano continued, adding that it’s the only option when parks are closed in the winter or restaurants refuse bathroom access, as they often do.

“You have to pee in the street basically like a dog,” Uber Eats Driver Kouamé Kuado said while he straddled his e-bike on the corner of West 148th Street and Broadway in Upper Manhattan while clasping a Dunkin’ iced coffee in one hand. “Because if you don’t find a McDonald’s around, you have to do it in the street or you’re gonna pee on yourself.”

This is why bathrooms became a central focus for the Delivery Cyclists who came together last year to form Los Deliveristas Unidos, a collective of Food Delivery Workers largely from Mexico and Guatemala, who began self-organizing early in the pandemic through Facebook and WhatsApp.

Since then, they have grown to thousands of members with support from the Brooklyn-based Workers’ Center - Worker’s Justice Project.

Among their demands: A living wage and transparency on tips from the Tech Giants that deny their status as Workers; Safety from robberies; Standards on arbitrary deactivations; Weight of loads they ferry on trips; and access to basic accommodations like bathrooms and a warm, dry place to wait out the time between deliveries.

You see these demands echoed by Gig and other Essential Workers.

These aren’t the only demands made by these Workers, but we are witnessing the battle for the bathroom as a crucial feature among growing movements of precarious and low-wage Workers across the United States.

It’s an increasingly militant movement - driven, at least in part, by the simple right to piss.

To Continue Reading This Labor News Report, Go To: https://newrepublic.com/article/162266/doordash-uber-eats-delivery-workers-bathrooms-employee-status