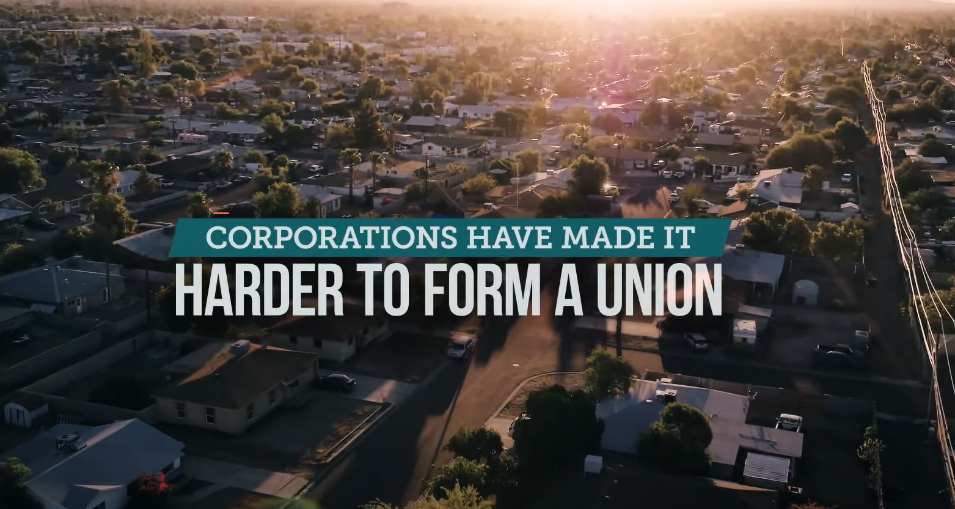 Additionally, digital ads are running nationwide, urging constituents to contact their Senators in support of the PRO Act.

“We’re taking nothing for granted,” National AFL-CIO spokesperson John Weber said. “The PRO Act is a once-in-a-generation opportunity to give Working People a stronger voice on the job.  We’re making sure the Senate hears us loud and clear by reminding Americans of what they already know - it shouldn’t be this hard just to get by.”

The advertising campaign aligned with a national week of action that took place from April 26th to May 1st, which aimed to mobilize Working People to demand Senate passage of the landmark Worker Rights Bill.

The radio ads feature personal testimonials from Working People in each state, highlighting the need to strengthen the right to form or join a Union.

To Watch The National AFL-CIO TV Ads That Aired In Each State, Go To: https://aflcio.org/press/releases/it-shouldnt-be-hard-afl-cio-launches-major-ad-campaign-boosting-pro-act