âPretty Much - Unifrax Doesnât Careâ - USW Local President Says Workers Are âRunning The Tonawanda Plant As More Management Leavesâ The Company, Which The Union Says Is âStonewalling Its Attemptsâ To Negotiate A New Contract 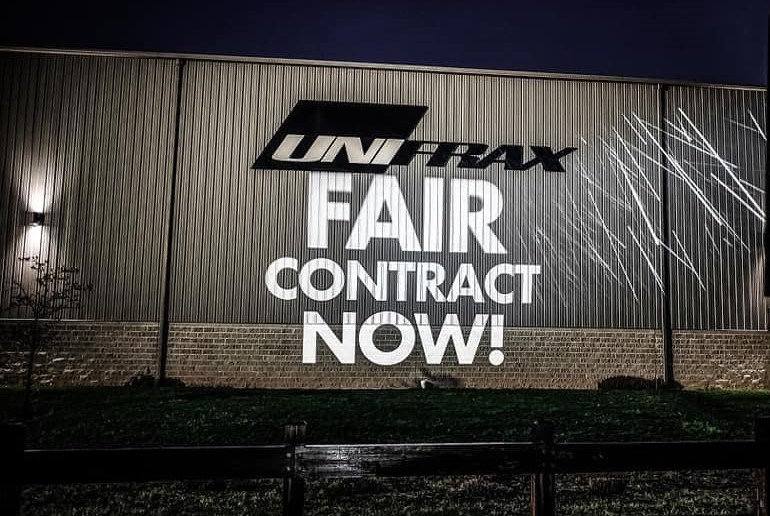 (TONAWANDA, NEW YORK) – For the second time in recent weeks, United Steelworkers (USW) Local 4-2058 and its Members held an informational picket outside the Unifrax Plant in Tonawanda where Union Officials tell WNYLaborToday.com that several managers have opted for greener fields and leaving, in the process, their workforce to run the plant where the company continues to stonewall the USW’s attempts to negotiate a new contract.

“Pretty much - Unifrax and its management ‘doesn’t care.’  ‘They’re acting as if it was business as usual,’” Local 4-2058 President Don Rice told Your On-Line Labor Newspaper over the weekend when it comes to sitting down and bargaining a fair contract for the more than 300 Union-represented Workers at the plant located just outside Buffalo.

“Our Members ‘are so frustrated.’  ‘The biggest voices’ (within Membership) are using the word ‘Strike.’  ‘Their frustration is starting to boil over.’  While this (contract negotiation) ‘is a process, they’re not seeing any progress or anything quickly happen.’  ‘Unfortunately this doesn’t happen overnight,” he said. 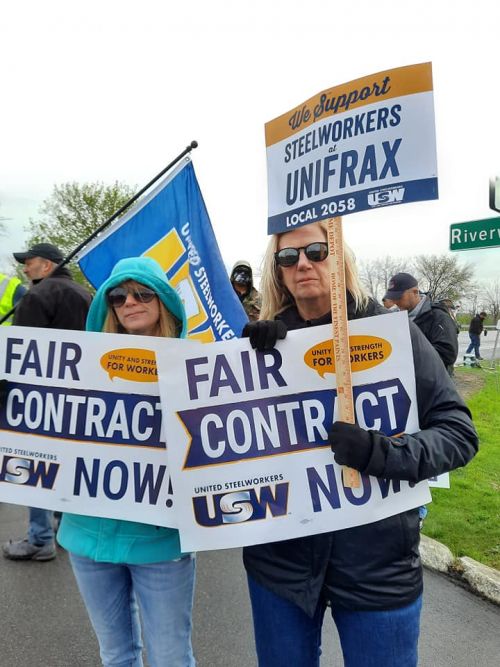 Unifrax’s USW-represented Employees have continued to make specialty fiber and advanced materials used by the auto industry during the Coronavirus Pandemic - and in the process a number have tested positive for COVID-19, with “some becoming pretty ill,” the USW says.

“They’ve ‘continued to come in and do their job, but the company is taking advantage of its Workers.’  Management ‘is quitting right and left and it’s their Workers who are literally running the company.’  ‘If it wasn’t for their Workers, the company wouldn’t be making a profit,’” he said.

A “best and final” contract offer has been made by the company - whose roots go back into the 1960s in Western New York, but it isn’t what USW Representatives are calling fair, especially in light of the fact that it would cost their Members 2.5% in lost wages over the life of the contract.

There are other matters that are unresolved too, most notably in the realm of health care where the company has offered an alternative with high deductibles, with their pensions and Unifrax looking to create a “new third-tier of wages” for incoming hires.

That’s why the USW has filed charges - including bad faith bargaining, against Unifrax with the National Labor Relations Board (NLRB). 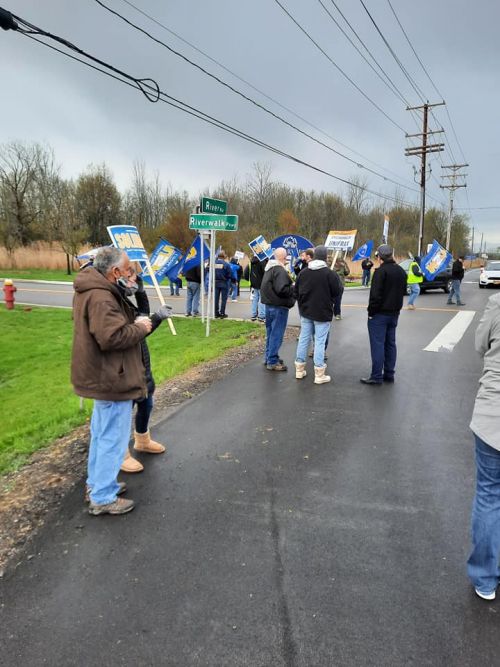 Rice tells WNYLaborToday.com USW Representatives will be sitting down this week to discuss their next steps, which could include a high-profile public campaign against Unifrax– whose details the USW Local President declined to divulge at this time.

But, he added, “There will be a lot of visibility.”

If the USW does decided to ratchet up its Unifrax campaign, it could mean many of the WNYALF’s 140 affiliated Local Unions - which combine to represent 145,000 Union Workers in the Public and Private Sectors and the Building Trades, could step forward and join in the fight with their Union Brothers and Sisters at the company who are fighting for a fair deal.

For More On This Labor News Story, Reading WNYLaborToday.com’s February 10 Report, Headlined: “Why Are We Being Treated So Unfairly?” - ‘Frustrated & Angry’ USW-Represented Essential Workers Employed At Tonawanda’s Unifrax Plant Have Been ‘Toiling Under A COVID Cloud Without A New Contract’ Since November At www.wnylabortoday.com/news/2021/02/10/buffalo-and-western-new-york-labor-news/why-are-we-being-treated-so-unfairly-frustrated-angry-usw-represented-essential-workers-employed-at-tonawanda-s-unifrax-plant-have-been-toiling-under-a-covid-cloud-without-a-new-contract-since-november/