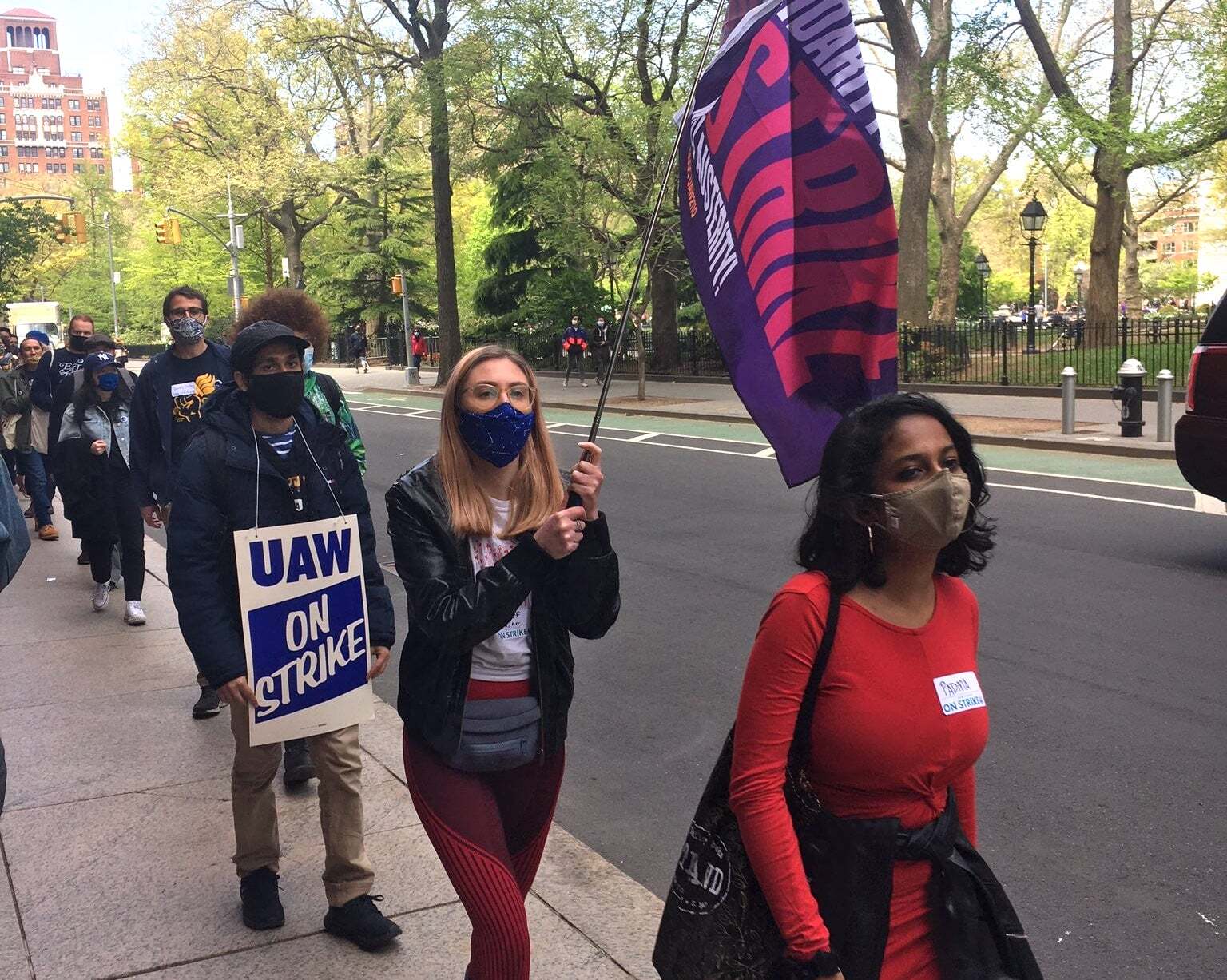 (NEW YORK CITY) - There are over 2,200 Graduate Workers at New York University (NYU) - and as of earlier this week (Monday, April 26th), they are on Strike.

The work stoppage began after what Graduate Student Organizing Committee (GSOC)-United Auto Workers (UAW), the Graduate Workers’ Union, describes as nine months of stonewalling at the bargaining table by the University Administration.

The Union delivered a petition to NYU at the start of last month, urging management to “take contract negotiations seriously and make meaningful counter-proposals” or face a Strike - the school chose a Strike.

Bargaining began in August 2020 and distance between the sides remains.

Sticking points for the Strikers include the administration’s refusal to offer more than a $1-an-hour wage increase and its refusal to bargain over GSOC’s health and safety proposals, which include demands barring NYPD Police Officers’ from entering campus buildings without a warrant and mandating NYU no longer contract with the NYPD for events.

They discussed administration stonewalling, the work of building toward a Strike and GSOC’s picket lines - both physical and virtual.

To Continue Reading This Labor News Story, Go To: https://jacobinmag.com/2021/04/nyu-grad-student-workers-strike