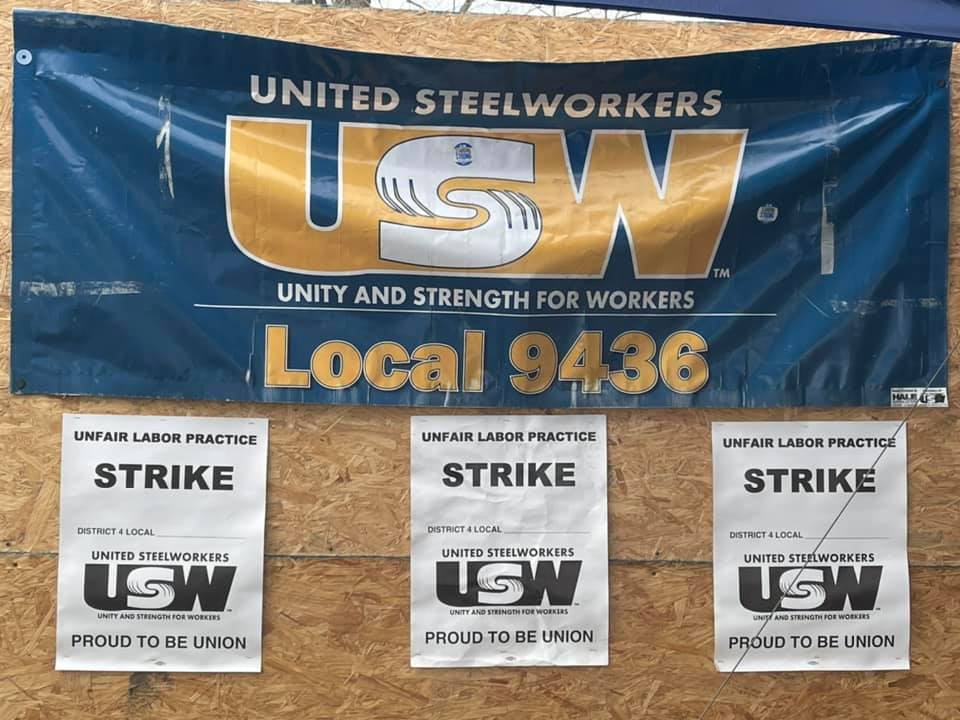 (LOCKPORT, NEW YORK) – A contract acceptance deadline set by ATI Technologies Incorporated passed without any action earlier this week, with the United Steelworkers (USW) Union saying it was a company ploy “to divide” the Union and its Members.

A USW Representative at the company’s Lockport Plant in Western New York said the company offer “was bad, worse than before.”

So the USW Strike that began on March 30th continues after the Master Contract expired on April 28th.  It impacts more than 1,300 USW-represented ATI Technologies Employees covered by a now-expired Master Contract at nine locations in five States in Connecticut, Massachusetts, Ohio, Pennsylvania and New York - in the Niagara County City of Lockport.

“Rather than bargain in good faith, ATI still seeks to divide Steelworkers.  Management ultimatum deadline passes, but demands for health care and other concessions persist with lump sum reduced by $1,500.  Stay united.  We deserve a fair contract now!,” the USW texted out to its ATI Membership on Monday (April 26th).

ATI had given its striking USW Employees until Monday to accept the company’s latest contract offer.  If the deal wasn’t accepted by 5 p.m. Monday, the company said: “It will be replaced by an offer that begins to reflect the costs incurred by ATI as a result of the Strike.”

In Lockport, USW Local 9436-7 President Mike Swan - who is Member of the USW Bargaining Team, told WNYLaborToday.com the company’s offer was “bad, worse than before.”

“We ‘could have never brought it to a vote,’” he said.

Negotiations are not on-going, Swann added, after ATI’s latest offer, which he said “reduced our bonus by ($1,500)” and “went backwards on health care coverage.”

The USW-represented ATI Employees are back on the picket line, just five years after the company locked out its then 2,200 Union-represented Workers at a then 12 plants in six states for six months before agreeing to a new four-year agreement in 2016.

Morale on the line in Lockport, where 38 are employed at the local ATI plant, is “pretty good,” Swan said.

“Everybody knows we are in it for the long haul,” he told Your On-Line Labor Newspaper.

For More On This Labor News Story, Go To: https://triblive.com/local/valley-news-dispatch/ati-sets-deadline-on-latest-contract-offer-to-end-steelworkers-strike/

And Read WNYLaborToday.com’s April 20th Labor News Story, Headlined: Just Five Years After Being Locked Out By The Global Metals Company, It’s ‘Déjà Vu’ For United Steelworkers-Represented ATI Technologies Workers In Lockport, Who Are Back On The Picket Line, This Time For A ULP Strike