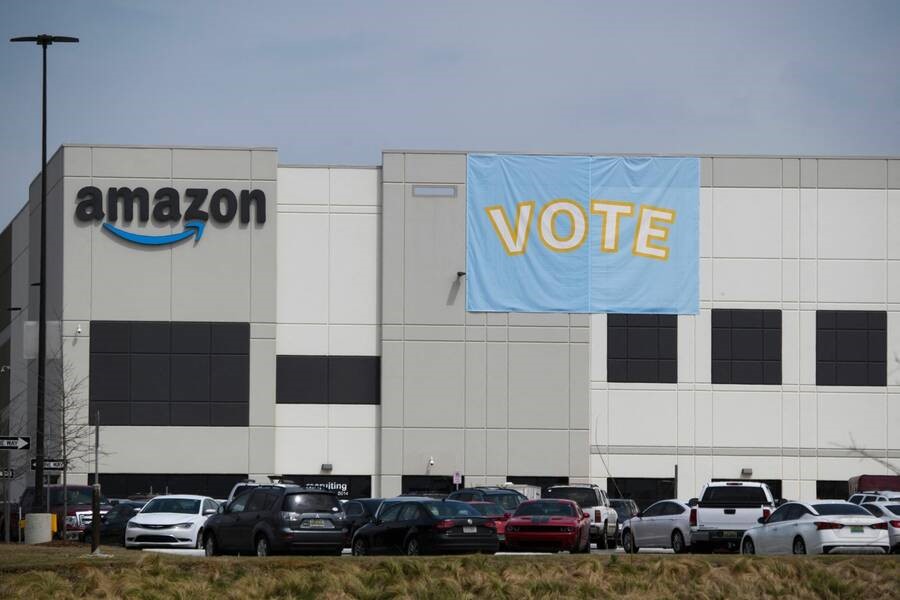 On April 9th, the National Labor Relations Board (NLRB) announced the results of a Mail Ballot Certification Election that concluded on March 29th for Workers at the Amazon Fulfillment Center in Bessemer, Alabama.

With 3,215 votes cast, the Retail, Wholesale and Department Store Union (RWDSU) was defeated with at least 1,608 votes against the Union, enough to crush the drive.

The result was not shocking given the millions of dollars Amazon spent and its power inside the facility to pressure Workers to vote against forming a Union.

No matter how you spin it, the defeat is a significant blow to the multitude of organizing efforts occurring at Amazon.

The election showed the clear limitations of pursuing Union Certification through a broken NLRB election process.

However, due to the national attention and support that the campaign received, now more Amazon Workers than ever are thinking about the possibility and potential of organizing.

Hopefully, the campaign in Bessemer will encourage Unions and Workers throughout the company to consider alternative organizing strategies.

Despite the valiant efforts of the Workers, Amazon - which has more resources than nearly any company in the world - was able to blunt their momentum through its Anti-Union campaign.

As expected, management engaged in the usual one-on-one and Captive Audience Meetings to persuade Workers to vote against Unionizing.

But management went further, using a barrage of e-mail, texting and social media posts - and even luring unhappy Workers to quit with cash buyouts, messages posted in bathroom stalls, and changing the timing of traffic signals to gain advantage.

The loss confirms what many of us in the Labor Movement already know - the balance of power is completely out of whack in this country, with big corporations twisting the rules to stay in charge and keep Workers’ voices silent.

But this is hardly the last word on organizing Amazon.

Management’s aggressive campaign illustrated to the whole country the need to fundamentally change the rules of the game so Workers everywhere can more easily form Unions.

And the â“BAmazon Union” drive received more press and attention from the public than any other Union Election in recent memory.

The focus on the campaign helped bring increased scrutiny to the reality of working conditions at Amazon - in Bessemer, across the country and around the world.

Critical, in-depth reporting on the inner workings of Amazon increased as the drive gained national interest.