From The UK: A âGolden Opportunity To Futureproofâ The Print Industry - Engaging Young People In Traineeship & Apprenticeship Positions âIs Logical For The Industryâs Succession Planningâ 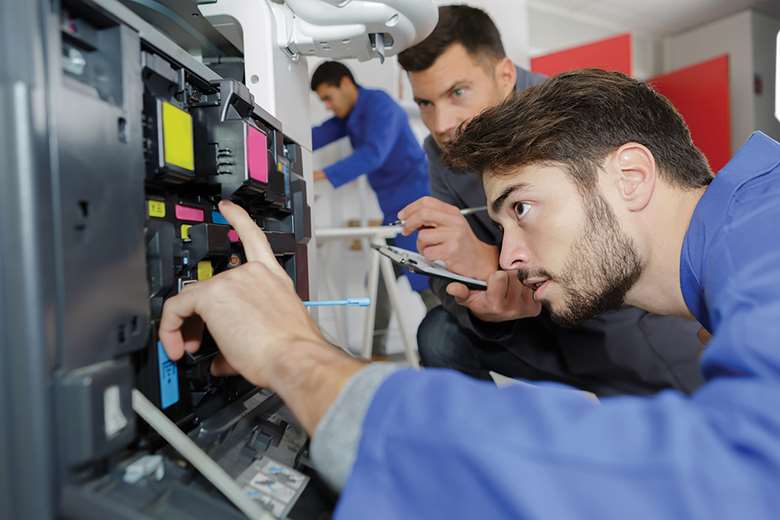 For many, the effects of the COVID-19 disruption will continue long into the future, with young people one of the most adversely affected groups due to the closure of educational establishments, the loss of social interaction and experiences, and, in many cases, a narrowing of the career opportunities available to them in the future.

The Coronavirus Pandemic has already brought with it hundreds of thousands of job losses and some of the industries that have been decimated will now be less accessible to young people about to take their first step on the career ladder.

The print industry’s own recent wave of redundancies has exacerbated what was already a major issue - the loss of skills from the trade.

Many skilled people have already left print over the past few years due to company closures, downsizing and consolidation, or due to retirement, and in some areas skills gaps are widening.

But print now has a golden opportunity to engage young people that will steer the direction and fortunes of the industry in the future.

Many are keen to take control of their prospects despite the turmoil around them and are starting to look seriously at industries and career paths that they may not have considered before.

New research from Sharp has found that 42% of 21-to-30 year olds in the United Kingdom have serious concerns and anxieties about their job security in the future, with 30% anxious about a lack of career development opportunities.

And 65% said career progression has become more important to them during lockdown than ever before.

He said the government would double the incentive payments it gives businesses to hire all new Apprentices, of any age.

It also announced new flexi-job Apprenticeships, which are set to start in January 2022 and will allow Apprentices to work for a number of different employers within the same sector.

A number of organizations are already helping companies in the industry to offer jobs and training to young people.

The BPIF says it can support printers with all of the funded initiatives under the government’s Plan for Jobs, including Apprenticeships, traineeships and the Kickstart scheme, which enables employers to offer fully funded six-month work placements to 16-through-24 year olds that are claiming Universal Credit.

BPIF Managing Director of Training Karly Lattimore says the budget announcements “will go a long way” in supporting the sector to create more placements through the various initiatives.

“With the options available over the coming months businesses can really take the opportunity to develop their workforce, from creating high quality roles to support young people into their first career step in the print industry to addressing their own skills gaps further by employing people with valuable transferable skills and retraining for a career in print,” Lattimore said.

Lattimore says the Flexi-Job Apprenticeships - while targeted at sectors like TV and film which cannot typically offer long enough Apprenticeships due to the way in which those industries work - could nevertheless help to support the post-COVID business recovery of print and other manufacturing sectors.

To Continue Reading This Apprenticeship And Apprenticeship Labor News Story, Go To: www.printweek.com/briefing/article/a-golden-opportunity-to-futureproof-print