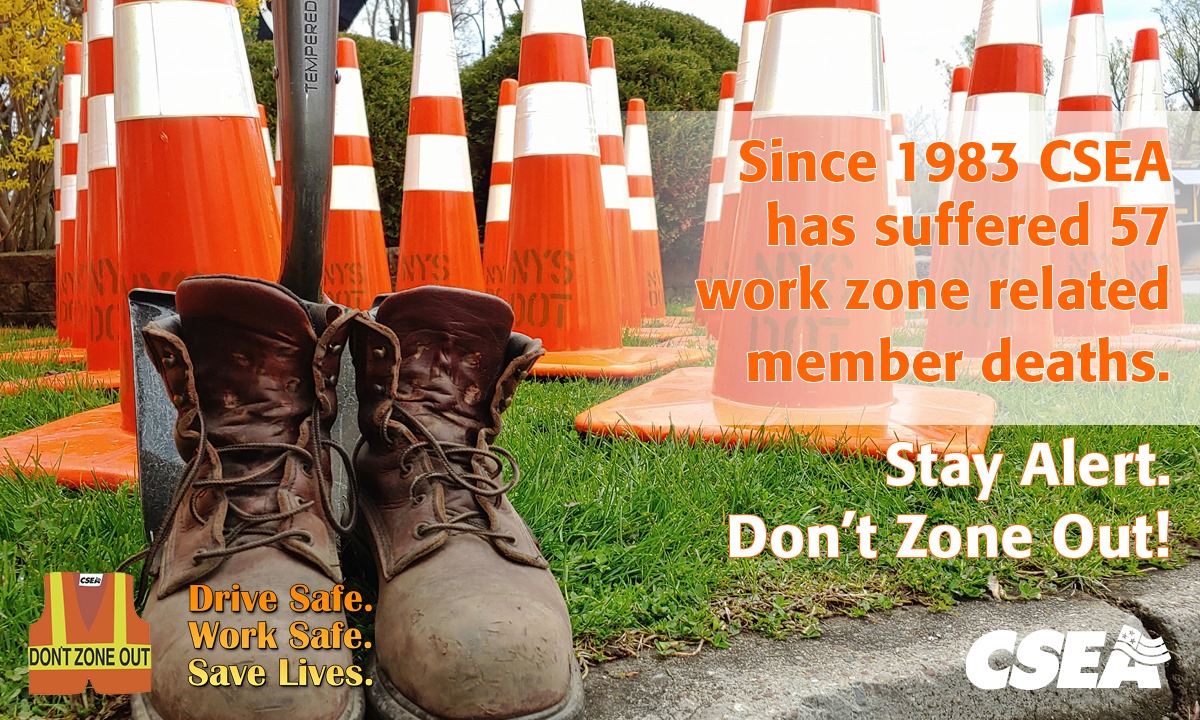 As part of this commemoration, DOT is unveiling a new social media campaign to promote work zone safety and the Thruway Authority unveiled new highway maintenance vehicles with large digital displays alerting motorists of their speed in work zones.

"More and more New Yorkers will take to the roads as our state's economy gradually reopens and recovers from the COVID-19 Pandemic and that means it's going to become even more important to ensure everyone is driving safely," Governor Cuomo said.

"During National Work Zone Awareness Week, it's critical to remember the dangers that Transportation Workers and Law Enforcement Personnel face on our highways and that we do everything we can to support them.  New York State has zero tolerance for drivers who endanger our dedicated workforce and through Operation Hardhat, we will make it clear that anyone who disregards these laws will be held accountable," Cuomo said.

Civil Service Employees Association (CSEA) President Mary E. Sullivan said: "Transportation Workers put their lives on the line every day they work on our roads, bridges and highways, to make sure they're safe for the motoring public.  Our Union has lost too many Members in work zone accidents.  We appreciate the efforts of the Governor working to ensure the safety of our Members and we will continue to work together to prevent future tragedies."

During the campaign, the New York State Police will assign additional patrols to work zones across the state to enforce the State's Vehicle and Traffic Laws.

This is in addition to more than 75 Traffic Incident Management Troopers and Supervisors who are specially trained to conduct dedicated passenger and commercial vehicle enforcement in and around major, active work zones and targeted enforcement in identified problem areas.

DOT is also launching a new social media campaign #ISlowDownFor featuring Employees who work on the roads and their families.

The campaign will include photos of Maintenance and Construction Workers with their family members, who always slowdown in work zones in order to keep their family and other Workers safe.

The campaign is meant to humanize those who work on highways and bridges, reminding the driving public to always be alert and slow down when driving through work zones.

To Continue Reading This Labor News Report, Go To: www.governor.ny.gov/news/governor-cuomo-announces-state-police-operation-hardhat-take-place-across-new-york-part