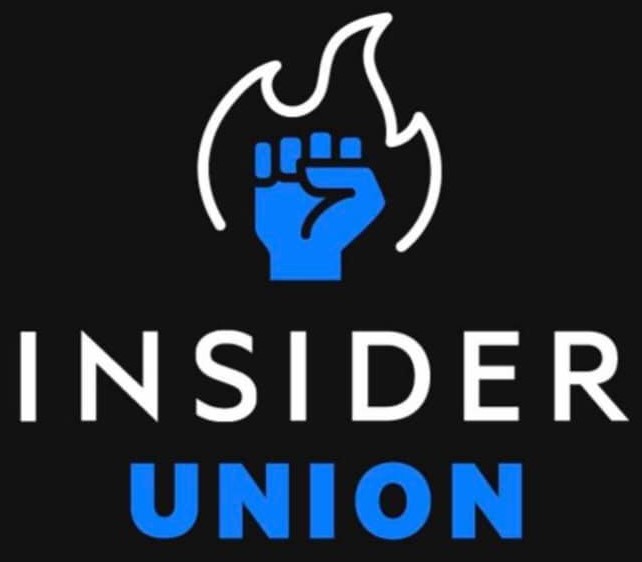 In the spirit of making their newsroom “better every day,” the Insider Union is seeking voluntary recognition from the company in order to begin negotiations for a first contract.

The Unit of more than 300 people represents Journalists and Editorial Workers across multiple departments, on both web and video.

Critical to the growth of Insider from a start-up to an award-winning international news organization, Staffers have organized to increase transparency in company decision-making, to promote diversity, inclusion, and equity in hiring and retention, to develop a responsive and fair metrics system that supports professional success and build a collaborative environment that values their contributions and labor.

The Insider Union is one of the largest digital shops to organize with the NewsGuild-Communications Workers of America (CWA).

It joins a number of other news and media organizations that have come together to address their working conditions and to hold their employers accountable, including New York Times Tech Workers, the New York Daily News, The New Yorker, NBC News Digital, the Chicago Tribune and the Los Angeles Times.

"My colleagues and I deserve to have our voices heard and recognized,” said Nico Reyes, a Producer at Insider. “We're uniting to demand a seat at the table to bargain for a fair contract and better workplace.  I'm so proud of the work that has been done so far and can't wait to see where we go from here."

"I am so proud that hundreds of my colleagues are working together to bring democracy to our fast-growing digital newsroom,” Insider Reporter Alex Nicoll said. “Together, we power Insider's journalism, and by speaking up in unison, we will transform Insider into an even better place to work."

"In my view, Unionizing the newsroom is the ultimate sign of our respect for Insider,” Insider Senior Reporter Dominick Reuter said. “It shows that we believe in the mission of this company, and that we want to be a part of its long-term success.  Negotiating a contract with us will show that our respect is reciprocated."

“I continue to be inspired by the ongoing commitment of media workers to address the deep challenges of our industry in their workplaces,” NewsGuild of New York President Susan DeCarava said. “As the Editorial Workers at Insider declared this morning, they organized with the NYGuild to strengthen their newsroom and create an inclusive, safe and collaborative professional workplace.  Today, we all stand proudly and in solidarity with Insider Union.”