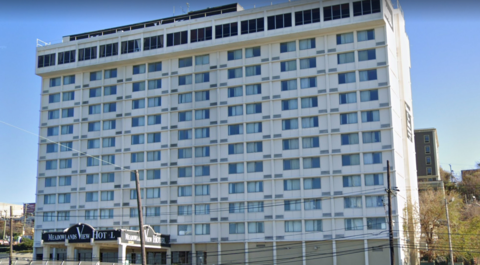 (NORTH BERGEN, NEW JERSEY) - Got a Union?  Then you must bargain.

The hotel violated the rights of the New York Hotel and Motel Trades Council in three separate circumstances.

No surprise, the Union sued.

The trio of errors comprised the following:

A Hotel Maid was called into work by mistake.  She wasn’t needed and so was sent home, without pay.  She complained to the hotel and the Union.

In another incident, a supervisor directed the same Maid to change a stained comforter.

The Maid claims she did, but the hotel asserted she flipped it over instead.

She again complained to the Union.

This irked the vice president as evidenced by comments that the Union cost him “a lot of time and money” and “when the Union comes, things get ugly.”

Soon thereafter, the Maid was fired.

A Union Representative regularly visited the hotel to check on the Employees.

During one visit he and a Hotel Employee had a heated oral argument.

Per witnesses, it was escalated mostly by the Hotel Employee.

The next day the hotel sent the Union a letter banning the representative from the hotel and threatening to call police.

Thereafter, Employees needing Union assistance had to work with the representative remotely.

The hotel contributed to a health insurance fund for its Employees.

The hotel stopped making payments and decided unilaterally to obtain coverage from a different insurer.

During that time, their Workers were uninsured.

The Union’s grievances were heard by the National Labor Relations Board (NLRB), which ruled in favor of the Union on all three counts.

The hotel appealed to a Federal Court - and lost again.

Concerning the fired Housekeeper, referring complaints about an employer to one’s Union is protected activity.

Penalties included reinstatement, back pay and reimbursement of search-for-work expenses.

An employer must bargain in good faith over terms of employment, including health insurance.

The lesson is clear - don’t mess with rights of Union Members.

To Directly Access This Labor News Story, Go To: www.hotelmanagement.net/operate/don-t-mess-workers-union-rights