Country-Western Song âUnion Manâ Pays Tribute To A Late USW Local President - Says Local 12775 Member Nate Venturelliâs Of His âUnion Roots-Inspiredâ Offering: âWithout The Union, You Donât Have A Brotherhood And People Looking Out For You.â 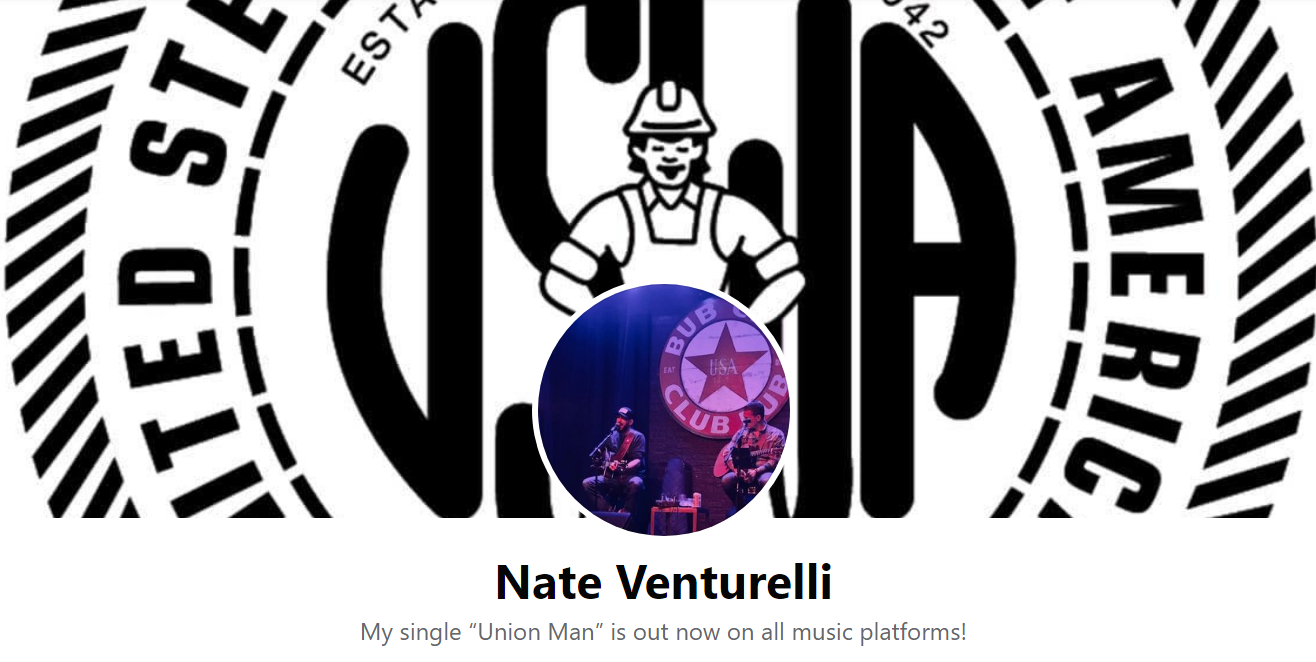 Before the Coronavirus Pandemic, Venturelli spent his weekends performing in local venues, on the stages of downtown Nashville and as the opener for two national country acts.

Now, Venturelli, a Member of United Steelworkers (USW) Local 12775 in Porter, Indiana released a song titled Union Man about his late Grandfather, Larry Venturelli, who was President of USW Local 1053 in Riverdale, Illinois and a Truck Driver at the Acme Steel Company.

The elder Venturelli passed away in 1992 at the age of 54 from a heart attack.

Venturelli posted this on Social Media: “Hey y’all, I’m a Union USW Welder out of Indiana.  I wrote a song about my grandfather who was the best man I knew and a Chicago local USW Union President and a member for 31 years before passing at 54 of a massive heart attack.  I just released my single, ‘Union Man.’”

Though Venturelli was young when his grandfather passed, over the years he’s learned from his mother and Larry’s Union siblings that his grandfather was a compassionate, kind-hearted man who “always helped those in need and didn’t discriminate against anybody.”

Larry’s Union job enabled him to provide for his family, Venturelli said, including for Nate’s mother who was a single mom with three children.

“He and my grandmother raised us until he died,” Venturelli said.

USW International Vice President Dave McCall worked closely with Venturelli and also remembers him fondly: “Besides being a dedicated and effective Union Representative, Larry was also a community activist and supporter of the military personnel that were in harm’s way.  During the Gulf War he helped organize several efforts to support the troops, including raising donations for ‘care packages’ that were sent to our men and women in the Middle East.”

Venturelli was inspired by his grandfather’s photo one day while playing riffs on his guitar and then came up with the words to Union Man.

In the chorus, Venturelli sings: “Papa was a Union man/ He built a life with his bare hands/Saw the good in everyone/He’d even give you the shirt off his back/Eight days a week/Back-breaking hours in the coke plant/There ain’t a thing he couldn’t fix/ ‘Cuz he never said the words I can’t.”

“My grandfather and I were part of the same International Union, so it was relevant and influential,” Venturelli said about his inspiration for writing the song. “Without the Union, you don’t have a Brotherhood and people looking out for you.”

You Can Stream Nate Venturelli’s Song “Union Man” By Clicking Here, Or Find It On YouTube Here, Or View It On WNYLaborToday.com’s Front Page.

To Directly Access This Labor News Story, Go To: www.usw.org/news/media-center/articles/2021/union-man-pays-tribute-to-late-usw-local-president