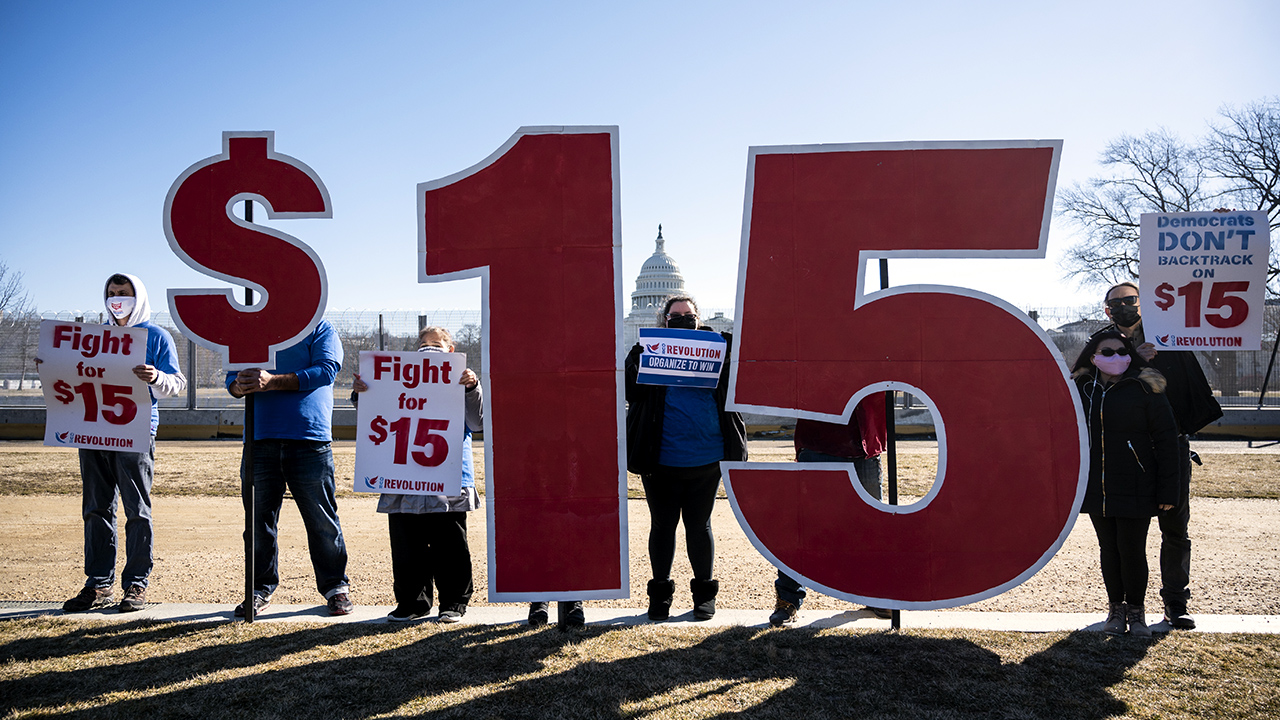 About 4-in-10 (38%) say they oppose the proposal, according to a Pew Research Center survey conducted April 5-11.

The Biden Administration and many Congressional Democrats favor increasing the Federal Minimum Wage to $15 an hour from the current rate of $7.25 an hour, but the proposal’s fate in the Senate is uncertain.

Some Senators, including several Democrats, support a more modest increase in the wage.

Among the public, those who back a $15 minimum wage are fairly divided over how to approach the issue if there is insufficient support in Congress for an increase to that amount this year.

A narrow majority of these Americans (54%) say leaders should focus on passing an increase to the wage “even if it may be significantly less than $15 an hour,” while 43% say the priority should be to work to raise the Hourly Minimum Wage to $15 “even if no increase makes it into law this year.”

Those who hold this view account for 27% of the overall public.

Only 1-in-10 Americans in all say the Federal Minimum Wage should remain at the current level of $7.25 an hour.

Support for raising the Minimum Wage to $15 an hour is extensive across most demographic groups, according to the survey, which was conducted among 5,109 U.S. adults.

Black adults in particular stand out for their support: 89% favor raising the Minimum Wage to $15 an hour, including 73% who support the idea strongly.

About three-quarters of Hispanic (76%) and Asian Americans (73%) also favor raising the Minimum Wage to $15 an hour, with 52% of Hispanics and 43% of Asians saying they strongly support the idea.

White adults, by contrast, are divided: 51% favor raising the Minimum Wage to $15 an hour - including just 30% who strongly favor it - while 48% oppose it.

About 7-in-10 adults who live in lower-income households (72%) say they favor raising the Federal Minimum Wage to $15 an hour, including about half (52%) who strongly favor such an increase.

Smaller majorities of those in middle- (58%) and upper-income households (55%) say they favor a $15 minimum wage.

There are sharp partisan differences in opinions.

While 87% of Democrats and Democratic-leaning Independents say they favor increasing the wage to $15 an hour (including 61% who strongly favor it), 72% of Republicans and GOP-leaners oppose the idea (including 45% who strongly oppose it).

To Continue Reading This Labor News Story, Go To: www.pewresearch.org/fact-tank/2021/04/22/most-americans-support-a-15-federal-minimum-wage/?fbclid=IwAR1LBEeJBLIaZis5hauaUL7RFTDb_ADgHJ2Snz6N7wqSYjhs_-EgfnIfC9Y