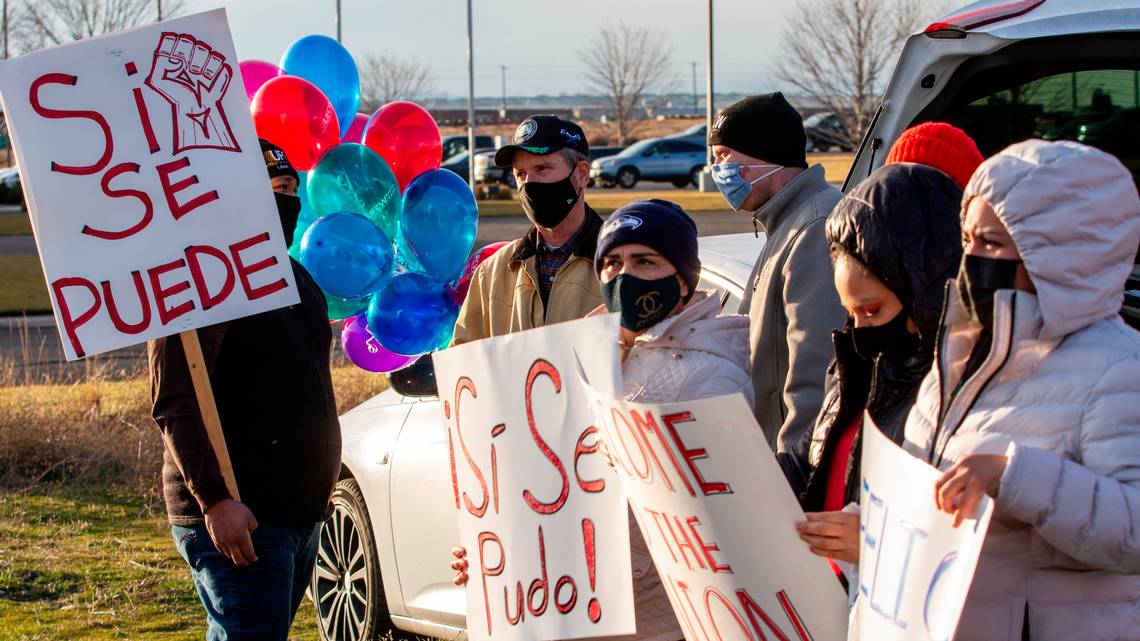 (PASCO, WASHINGTON) - Music blared as Twin City Foods employees celebrated their unionizing efforts at the Pasco plant.  More than a dozen soon-to-be members of the United Food and Commercial Workers (UFCW) waived signs near one of the entrances of the plant as they celebrated their nearly unanimous vote to Unionize.

“It was a long process, but we’re all good,” said Octavio Zamudio, one of the Members of the Organizing Committee. “It gives us a chance to negotiate a better contract with our employer.”

The celebration came after the 126-to-2 vote.

The efforts to Unionize began last Fall as COVID-19 infections spread at the plant, reportedly leading to the death of two Workers, according to their fellow Employees.

“When the pandemic started and we weren’t getting any help from the company, that is when we decided that we needed a Union to have a voice heard,” Zamudio said.

Twin City Foods said there was no evidence Employees contracted COVID while at the plant.

Union officials say many Plant Workers were quarantined and had to use up their limited Paid Sick Leave.

Twin City Foods has about 230 year-round Packaging Employees and brings on another 300 to 400 Workers seasonally.

The company, based in Stanwood, Washington, processes frozen vegetables including peas, corn, carrots and lima beans.

The Pasco plant is one of four in Washington State and in the State of Michigan.

“Twin City Foods is the first food processing plant in the area that has won a Union Election in recent memory,” UFCW Local 1439’s Laurel Fish said. “This is really a historic election.”

The decisiveness of the vote was impressive, she said, noting it speaks to the will of the Employees and what they believe in.

Henry Santana, who’s worked at the plant for 12 years, said the election has left him feeling strong and that he wanted to let other people know that it can be done: “If you work together, anything can be done.  We didn’t want to find a better job, we wanted to make our job better.”

To Read This Organizing Labor News Story In Its Entirety, Go To: www.tri-cityherald.com/news/business/agriculture/article248817380.html