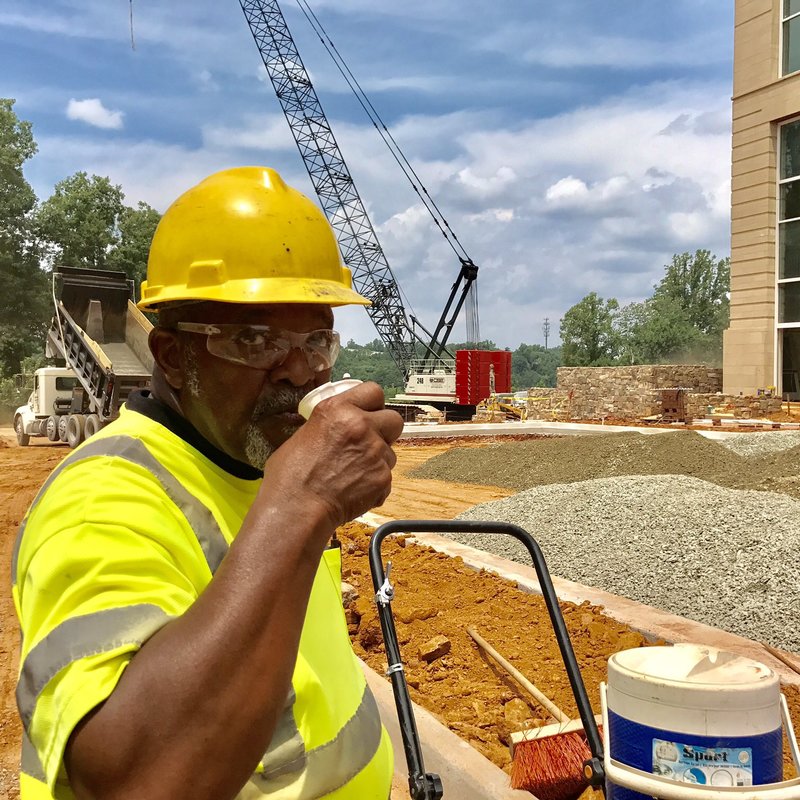 (AUSTIN, TEXAS) - Last month, Georgia enacted a law making it illegal to give people waiting on line to vote anything to drink.  Now, the Texas State Senate has approved a Bill that would prohibit local governments from mandating water breaks for Construction Workers laboring in the broiling Lone Star State sun - as well as any other benefit not guaranteed by State Law, such as Paid Sick Leave or predictable schedules.

The Bill (SB 14) is primarily aimed at cities that have tried to require Paid Sick Leave.

State courts have blocked such ordinances enacted by Austin, Dallas and San Antonio in 2018 and 2019, but the legislation would “lock the ban into statute,” a spokesperson for the Texas AFL-CIO told LaborPress.

The 19-to-12 vote on April 13th was along party lines, except for one Democrat who voted yes.

“The Texas Senate gave license to low-road employers to deny basic workplace benefits,” Texas AFL-CIO President Rick Levy and Secretary-Treasurer Leonard Aguilar responded in a statement. “It’s bad enough the State of Texas affords next to nothing in such benefits unless the Federal Government insists.  Under SB 14, Construction Workers would not get rest breaks in 100-degree weather, fair hiring ordinances would go away and tens of thousands of Working People would continue to face the terrible choice of whether to work sick and risk infecting others or whether to skip a paycheck.”

The Bill’s prospects in the House are uncertain.

In 2019, the Senate passed a similar Bill to pre-empt local Sick Leave Regulations, but it died in the House because of concerns that it could nullify local anti-discrimination ordinances.

Its lead sponsor, Senator Brandon Creighton (Republican-Conroe), has said it would not affect such ordinances, but the Senate rejected an amendment that would have explicitly exempted them, on an 18-to-13 party-line vote.

The question would almost certainly end up in the courts, the Texas AFL-CIO spokesperson said, “and we are not confident the non-discrimination ordinances would be considered exempt.”

Creighton, whose district stretches east from Houston’s northern outer suburbs to the Gulf Coast oil-refinery cities of Beaumont and Port Arthur, boasts that he passed drug testing for Unemployment Benefits and was “the man who kept Obamacare out of Texas” and “led the charge to ensure that Texas did not expand Medicaid.”

I am not writing this to sneer at Texas, even though its late great Journalist Molly Ivins famously described her home state as “the National Laboratory for Bad Government.”

I have friends and family there, many of whom prickle at attitudes like “let them secede.”

Pre-Emption Laws are a national issue.

Since 1997, 26 states have forbidden local governments to set minimum wages higher than the state’s, according to a study by the Economic Policy Institute (EPI) released last September.

They include not just every Southern State - except Virginia, but also Colorado, Michigan, Oregon, Pennsylvania and Rhode Island.

Laws enacted by the States of Alabama and Ohio in 2016 and Missouri in 2017 either aborted or nullified local minimum wage increases in Birmingham, Cleveland, Kansas City and St. Louis.

To Continue Reading This Labor News Story, Go To: www.laborpress.org/reporters-notebook-texas-senate-votes-to-pre-empt-water-breaks-for-construction-workers/