Just Five Years After Being Locked Out By The Global Metals Company, Itâs âDÃ©jÃ  Vuâ For United Steelworkers-Represented ATI Technologies Workers In Lockport, Who Are Back On The Picket Line, This Time For A ULP Strike 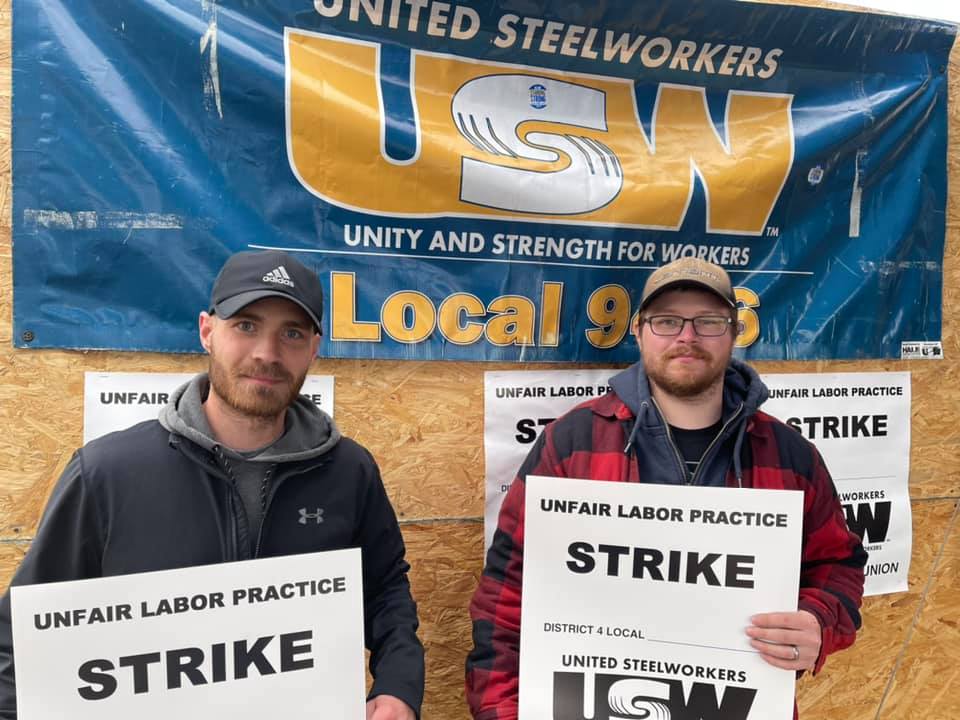 WNYLaborToday.com Editor’s Note: Pictured above, Eric Kinzly (on the left) and Zack Kline have both worked at ATI Technologies Incorporated’s Lockport Plant for the past 10 years.  The two Members of United Steelworkers (USW) Local 9436-7 are currently walking a picket line outside the company’s Niagara County facility in an Unfair Labor Practices (ULP) Strike that began on March 30th - due to the fact the Global Metals Company failed to offer better wages, benefits and working conditions during contract negotiations, Union Officials said.  In a USW update, the Union urged a return to in-person bargaining over the past couple of days to resolve the Strike and now negotiations with ATI are on-going.  (WNYLaborToday.com Photos)

(LOCKPORT, NEW YORK) – For Eric Kinzly and Zack Kline, it’s déjà vu all over again - something they are extremely unhappy about.

The two United Steelworker (USW)-represented ATI Technologies Incorporated Employees, who both started working at the company’s Lockport Plant in Niagara County 10 years ago, are back on the picket line - just five years after ATI locked out 2,200 USW-represented Workers at its 12 plants in six states for six months before agreeing to a new four-year agreement in 2016.

This time, a total of 1,300 USW-represented Workers employed at nine ATI facilities across the country are on Strike after more than a year of stalled contract negotiations after the Global Metals Company could not be persuaded to offer better wages, benefits and working conditions.

All this does not sit well with Kinzly and Kline, who took a couple of minutes out from walking the picket line to talk with WNYLaborToday.com late last week. 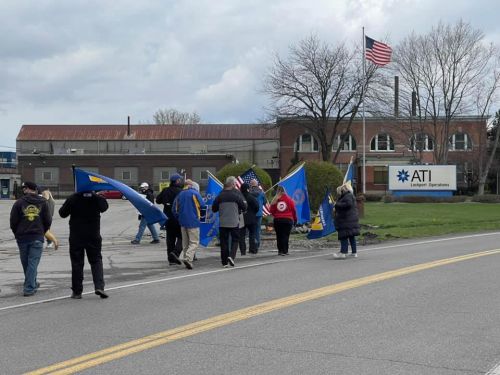 They say what’s currently happening is a slap in the face not only to them, but to all the other ATI Employees who’d been designated Essential Workers over the past year due to the Coronavirus Pandemic, only to be treated as disposable when it comes to the company taking care of them.

“They ‘used’ (the pandemic) ‘as a crutch.’  ‘They needed us then,’” said Kinzly, who is employed as a Crane Operator and also serves on the USW Local’s Safety and Grievance Committees.

“We’re ‘fighting for a fair contract - a good quality jobs, holding out for those who will work here in the future, for our sons and daughters,’” he said as he stood under a nearby tent while rain began to fall on his fellow USW/ATI Workers, who were joined by representatives from a number of area Labor Unions in a major show of support and solidarity.

What’s worse, Kline added, is that the ATI Workers view what the company is doing as “Union busting.”

Asked why they stay and continue to work in the Niagara County Plant, both responded it was because they “were the last” ATI Employees in Lockport to receive a pension. 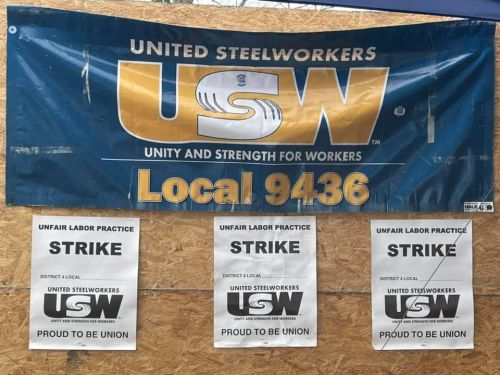 “ATI ‘won’t bargain in good faith,’” Vitale (pictured below), using a bullhorn, told the assembled group of about 100 picketers.  “We ‘kept them viable’ (through the COVID-19 Pandemic).  ‘We won’t let ATI walk all over us.’” 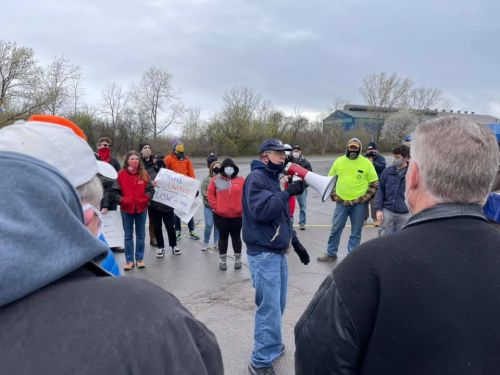 Speaking with Your On-Line Labor Newspaper, Vitale said he was appreciative of the support from local Labor: “It is ‘great to see all this support.’  ‘We have a strong’ Labor Movement ‘when we unite and stand together.’  ‘It shows how well we work together.’”

Local 9436-7 President Swan said “morale is good” with his Lockport Membership that began its ULP Strike on Tuesday, March 30th.

“We ‘appreciate the sacrifices they are making,’” he said. 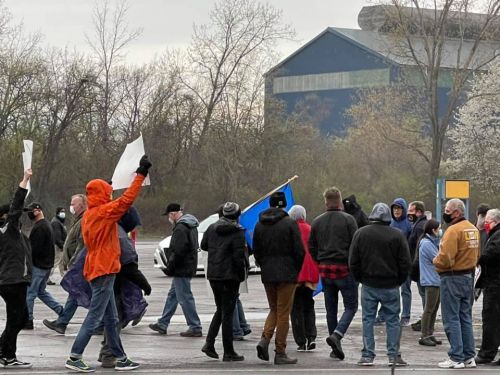 Swan, meanwhile, added he has learned that company representatives are having a time keeping the plant running: “They’re ‘learning how to build’ a furnace.”

WNYALF President DeJesus, a former USW Member himself with Local 9436-7 who worked at the ATI Lockport Plant for four years, was walking his first official picket line as Federation President when he took time to speak with WNYLaborToday.com.

“I have ‘mixed’ feelings.  Its ‘good to see them’ (his former fellow Co-Workers), ‘but it’s a reminder of how far we still have to go.’  It’s ‘another example of a company exploiting its Workers - with profit (going to management).’  ‘This is a struggle for a cause and I’m very proud of the solidarity’ (with so many other Unions participating in the picketing),” he said.

Buffalo Central Labor Council President Abbott told Your On-Line Labor Newspaper: “These guys ‘have been struggling for years and they need our help with this.’  ‘I think this is an incredible turnout’ (of support).” 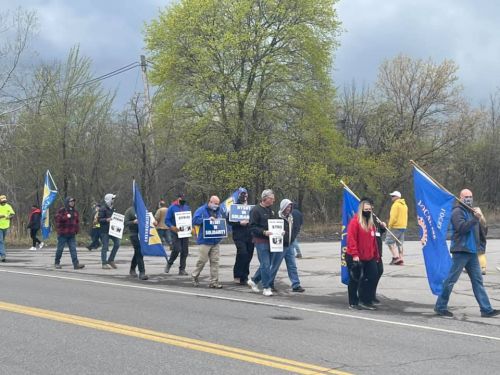