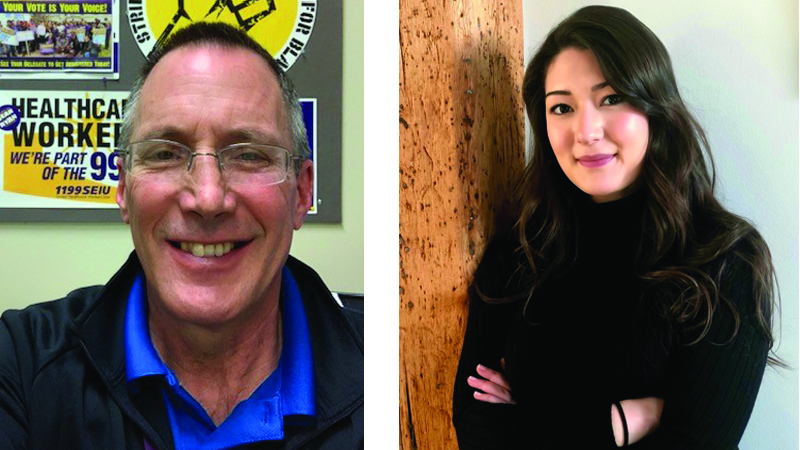 The Upstate/Western New York Division has nearly 23,000 Members with offices in Syracuse, Buffalo, Rochester and Governor.

Hobler has worked for 1199 SEIU for over 25 years, first as an Administrative Organizer and more recently as the Vice President for the Western New York Nursing Homes.

He and his wife live in Buffalo and have two grown daughters.

“Todd is a strong and dedicated leader who has been with our Union for a long time.  He has worked really hard for Hospital and Nursing Home Workers like me,” says Darlene Gates, a Home Health Aide.

“From how to form a Union to negotiating our contracts, being on a picket line and helping us with marches on the boss - he is always there to give us clear input about how Union Workers can stand up for themselves in a health care setting, especially during COVID. Todd is realistic and always has a vision for Workers.  He will be a good fit to lead this division of our Union,” Gates said. 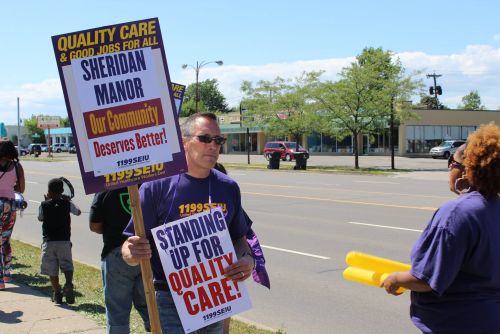 Said Hobler: “Our Union has always been a leader in the fight for social, racial and economic justice.  I am very proud to have had the opportunity, for all these years, to stand with and work for the hard-working and dedicated caregivers of 1199 in this struggle.  I believe our Union has made a difference in our workplaces and our communities, but there is clearly more work to do.”

As Hobler begins his position as EVP this month, local native Grace Bogdanove steps in to take over his former position as Vice-President of WNY Nursing Homes.

Bogdanove was recently listed among the top 40 young Labor Leaders in City & State’s Labor 40 Under 40 list, which highlights rising stars in Organized Labor in the State of New York.

She recently moved back to Buffalo from North Country where she was 1199 SEIU Vice President, representing both Hospital and Nursing Home Workers.

“I am honored to be in this position as Vice President of 1199 SEIU’s WNY Nursing Home Division,” Bogdanove said. “It’s a dream to be back where my passion for this work began, right here in Buffalo.”

1199 SEIU United Healthcare Workers East - whose mission is to achieve quality care and good jobs for all - is the largest and fastest-growing Health Care Union in America, representing more than 400,000 Nurses and Caregivers throughout the states of Massachusetts, New York, New Jersey, Maryland and Florida, and in Washington, D.C.

To Directly Access This Labor News Story, Go To: www.1199seiu.org/media-center/1199seiu-appoints-todd-hobler-executive-vice-president-upstatewestern-new-york-area