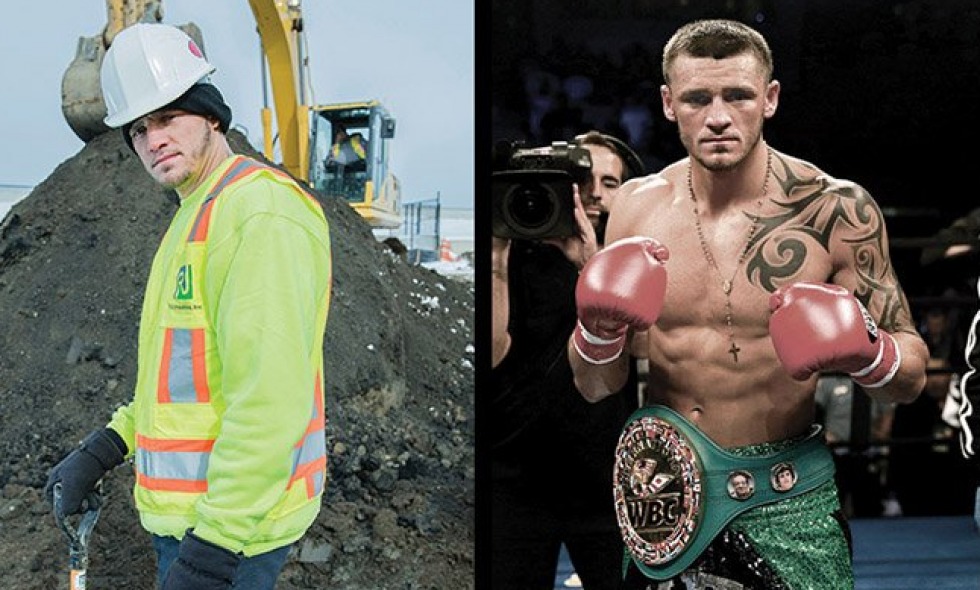 Smith is a former WBC International Light Heavyweight titleholder and made a name for himself when he retired the multiple Weight World Champion, Bernard Hopkins.

Not only did he retire Hopkins, but he knocked him out of the ring, becoming the first to ever beat Hopkins via a knockout in the fighter’s illustrious career.

But Smith is more than just a great boxer - he is also a Union Man.

Smith is a Member of Laborers Local 66 on Long Island.

As Joe fought in small venues across the New York Metro area, many in the crowd would often be his fellow Brothers from the Union there to cheer him on.

When Smith isn’t fighting, he was working construction, including working on the restoration of the Nassau Memorial Coliseum, the construction of Hofstra University dorm rooms, and a new train station in Long Island City - before using some of his winnings to create Team Smith Tree Service, a tree trimming business he started with his father.

Smith often posts videos on Facebook of his work where he stays in shape by hauling trees out to the truck.

When Smith first started boxing, he would work construction all day and then train at night.

That brought him to the precipice.

Smith told Forbes that as the fights have gotten bigger, he is able to take time off for training camps to get in fight shape, but he continues to work with hands in between fights, even cutting his leg once with a chainsaw just weeks before a fight.

Following his International Title win, Smith returned to a hero’s welcome from his Union Brothers at Local 66 (www.youtube.com/watch?v=jIKPXqhZIAo).

Smith is currently ranked 4th in the world in the Light Heavyweight Class.

He has an impressive career record of 26-3, with 21 of the fights ending in a knockout.

To Directly Access This Labor News Story, Go To: https://ucommblog.com/section/sportspop/union-boxing-champ-joe-smith-headlines-title-fight

And For More On Smith’s WBO Light Heavyweight Title Fight, Go To: www.maxboxing.com/news/main-lead/livin-on-a-dream-joe-smith-jr-wins-war-of-attrition-over-maxim-vlasov-to-capture-wbo-light-heavyweight-title