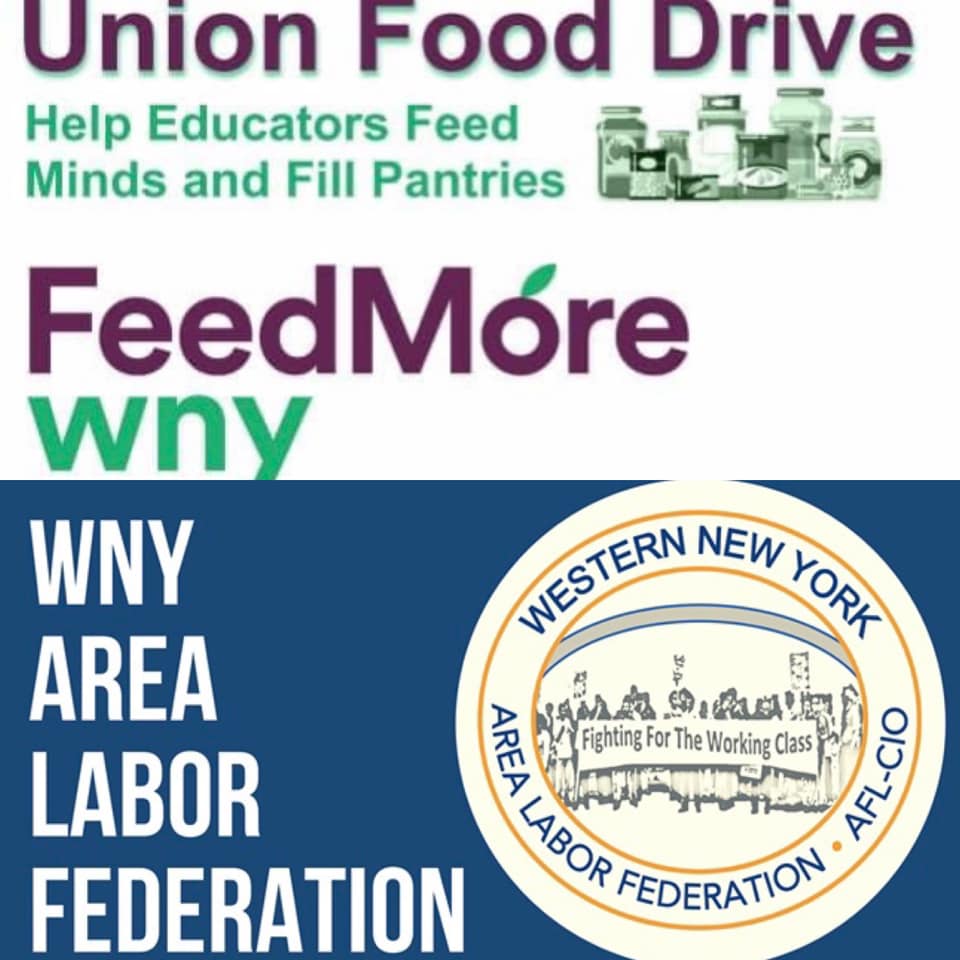 The WNY Labor Cares! Campaign, which was also sponsored by the New York State United Teachers (NYSUT), concluded on March 27th, which coincided with the WNYALF’s Annual Meeting.

“Working Men and Women ‘are happy to help those in need.’  (The) COVID-19 (Pandemic) ‘has displaced many Workers and their families and it takes all of us to make sure nobody falls through the cracks,’” said De Jesus, who added he was “overjoyed at the success of the campaign.”

FeedMore WNY Chief Development Officer Lisa Woodring said: “FeedMore WNY is ‘incredibly grateful to the Western New York Area Labor Federation, the New York State United Teachers and all those who contributed to this wonderful campaign to help feed hungry children, families, veterans, and older adults in our community.’  ‘Thanks to (Labor’s) generosity, nearly ($39,000) was raised to help FeedMore WNY continue to respond to the unprecedented need for food assistance in Western New York because of the pandemic.’”

The WNYALF serves as an umbrella Labor Organization that oversees five Central Labor Councils in Buffalo, Niagara-Orleans, Dunkirk, Jamestown and Cattaraugus-Allegany, which combine to represent 165 Affiliated Member Unions and more than 140,000 Union Members who are employed in the Public and Private Sectors, as well as in the Building Trades.

The donations were extremely important in light of the fact that donations and contribution tend to decline after the Christmas Holiday Season, the WNYALF said.

“We know many Union Members and Workers in our community ‘are out of work and struggling to make ends meet during this exceedingly difficult time.’  ‘To get through this horrible period of hunger and despair in our community, the Western New York Area Labor Federation took the challenge to partner with FeedMore WNY to help families in need,’” DeJesus said.

The mission of the WNYALF, which works to advance and strengthen the Labor Movement in all aspects, is to improve the lives and increase the power of Working Families, bring fairness and dignity to the workplace and secure social equity.