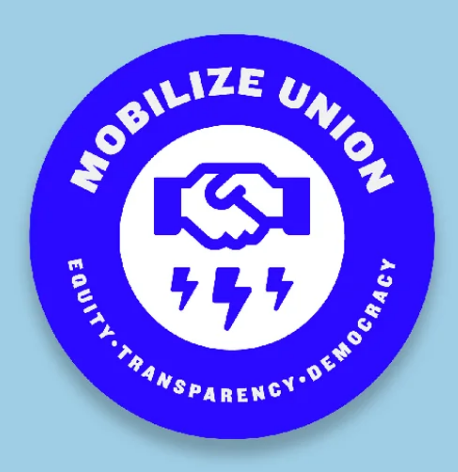 (SAN FRANCISCO, CALIFORNIA) - The Workers at Mobilize, a Community-Organizing App recently acquired by Political Tech Juggernaut EveryAction, has announced the formation of their Union as part of CODE-Communications Workers of America’s (CWA) effort to organize Tech Industry Workers.

It was also announced that 100% of eligible Workers joined the new Mobilize Union after EveryAction voluntarily opted to recognize their formation and affiliation with the CWA.

The new Mobilize Union is the latest to form as part of CWA's effort to organize Tech Workers, following last year's Unionization of Glitch Workers and the formation of the Alphabet Workers Union in January.

Recently the Workers at Glitch became the first group of Software Engineers to reach a Collective Bargaining Agreement (CBA), winning Worker protections like firing for just cause instead of at-will and severance packages for laid-off Employees.

Unions began to pop up in various places across the industry over the last year and a half and the Mobilize Workers may be just the first in a flood of new groups.

Organizers at CODE-CWA told Protocol earlier this year that there are a number of Worker groups in the process of Union formation.

And CWA is not the only national organization pushing to organize Software Engineers and other Tech Workers - the Office and Professional Employees International Union (OPEIU) has formed the Tech Workers 1010 Local, home to the Kickstarter Union, for the same purpose.

Because EveryAction is a progressive political tech company, the company leadership was friendly and even excited when Mobilize Workers announced their intent to unionize.

"They said, 'Yeah, we want to do this the right way, we're highly invested in the Labor Movement as well, and Worker's rights, and their ability to organize in the Collective Bargaining Unit,'" said Jared McDonald, one of the leaders on the Organizing Committee.

The story of their conflict-free, even kind, Unionization process mirrors the experience of the Glitch Workers, who described their CBA negotiation with similar language.

"Obviously we have a privileged position where we work for a progressive employer, but if we don't do it, how are the people who are going to work for less progressive employers going to do it?" McDonald said. "Like Glitch, I think that we can serve as an example for other employers to see that it doesn't have to be this really confrontational process, so that we can work together to figure out what Workers want."